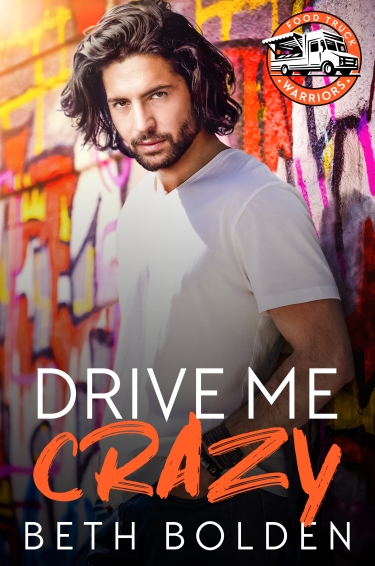 When Tony Blake walks into what might be a blind date, he’s surprisingly intrigued despite his irritation with his meddling brother. But when Lucas turns out to be a new employee for their food truck, Tony’s usual charm deserts him.

Lucas might be fantastically creative in the kitchen, but to Tony’s disappointment, he’s not interested in more than a casual hookup. Old Tony would have loved the lack of strings, but New Tony is finally ready for it all.

He’s ready to find love, and to help the food truck thrive. What he needs is Lucas next to him, revolutionizing their carnivore menu with his vegan point of view, and what he wants is Lucas underneath him in bed, turning his life inside out.

As the kitchen heats up in the Los Angeles summer, can Tony figure out how to drive Lucas crazy enough to change his mind?

Tony was muttering as he climbed back into the truck.

“Gabriel’s here,” he said, “and so is Ash. And the fucking picnic truck.”

Lucas didn’t know who Gabriel or Ash were, but he had heard of the famous—or apparently in Tony’s mind, infamous—picnic truck. It was called Basket, and it specialized in all kinds of stuff you’d bring to a picnic or a cookout: ribs, hot dogs, potato salad, deviled eggs. Lucas had ordered from it once and had been surprisingly impressed by their macaroni salad. Macaroni salad, that fucking mainstay of middle-class American potlucks and grocery store delis. Completely reimagined and absolutely crazy delicious.

But it sounded like Tony was not exactly thrilled they were here, which kind of made sense, because they definitely seemed to grab the lion’s share of attention wherever they went.

“Ross is a dick,” Tony grumbled, “and Aaron is an even bigger dick.”

That surprised Lucas. Tony didn’t seem like the kind of guy who’d trash his competition. “Really?”

“They stole our onion dip recipe,” Tony said. “Well, Wyatt’s onion dip recipe. And he thinks it’s funny, but it’s really not, because then we had to take it off the menu.”

“They claimed theirs is an ‘old family recipe’ which is total bullshit, but somehow it was basically identical to ours, and Wyatt didn’t want us to look like we were copying them, even though we’d had it as a side, nearly from the start. That was when we decided we’d do more salsas, lean into the fish tacos and stuff.”

“You should make it for me sometime,” Lucas said. He hadn’t intended for it to sound like an invitation or, god forbid, a date, but Tony glanced over in surprise, like he’d just propositioned him. Over onion dip, for god’s sake.

“Next big event, we’ll add it as a special. At least if freaking Basket isn’t around.”

Lucas told himself that he wasn’t disappointed in the way Tony dismissed him. He probably wouldn’t be around for the next big event, and Tony knew it.

Returning to his final set of prep, Lucas tried to let it go, but the way Tony had said it was weird. Stole. Money and a recipe were totally different beasts, but there was a weird similarity there that kept bothering him, piquing his curiosity. Finally, even though he knew better than to bring up what was clearly a sore subject, Lucas put his knife down and turned towards Tony, who was working on the spinach artichoke mixture for the grilled cheese, wilting spinach in a huge pot on the stove.

“What do you mean, they stole it?” Lucas asked.

Tony looked up, surprise etched on his face.

“Like, did they break into the truck and steal the recipe?” Lucas continued, gesturing to where the vague recipes were written out in bold, slashing letters that he’d discovered was Tony’s handwriting. “Or did they just buy some and duplicate it?”

“It was totally identical,” Lucas finished. “Fuck, that sucks.” He knew how hard it would be to recreate a recipethat closely. It’d take dozens of attempts, and tons of time. Not the kind of time that anyone would waste in the food truck business. Tony was probably right; somehow the Basket guys had stolen the recipe. 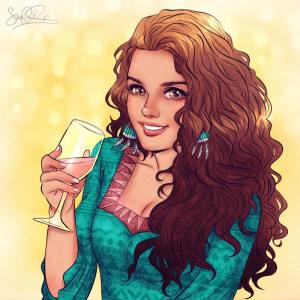 A lifelong Oregonian, Beth Bolden has just recently moved to North Carolina with her supportive husband and their sweet kitten, Earl Grey. Beth still believes in Keeping Portland Weird, and intends to be just as weird in Raleigh.