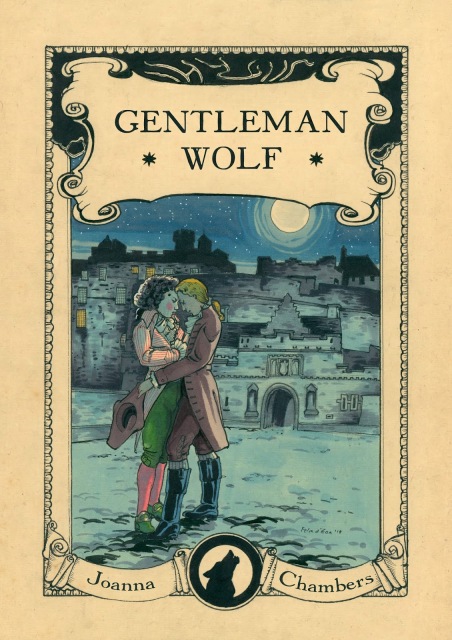 An elegant werewolf in Edinburgh…

Lindsay Somerville, the most elegant werewolf in Paris, has no great wish to return to his home city of Edinburgh, but when he learns that the cruel Duncan MacCormaic is on the Continent and hunting for him, he reluctantly agrees to go into hiding.

Duncan, who held Lindsay in abject captivity for decades after savagely transforming him with his bite, has been trying to find Lindsay since the day he escaped his prison a century before. If Duncan can find him, he has the power to compel Lindsay to obey his every command, so the more distance Lindsay can put between them, the better.

While he’s in Edinburgh, Lindsay has been tasked with acquiring the “Naismith Papers”, the writings of a long-dead witchfinder. It should be a straightforward mission. All Lindsay has to do is charm an elderly book collector, Hector Cruikshank. But Cruikshank may not be all he seems—and there are others who want the papers.

As if that were not enough, while tracking down the Naismith Papers, Lindsay meets stubborn architect Drew Nicol. Although the attraction between them is intense, Nicol seems frustratingly determined to resist Lindsay’s advances. Somehow though, Lindsay can’t seem to accept Nicol’s rejection. Is he just moonstruck, or is Nicol bonded to him in ways he doesn’t yet understand?

Joanna Chambers always wanted to write. She spent over 20 years staring at blank sheets of paper and despairing of ever writing a single word. In between staring at blank sheets of paper, she studied law, met her husband and had two children. Whilst nursing her first child, she rediscovered her love of romance and found her muse. Joanna lives in Scotland with her family and finds time to write by eschewing sleep and popular culture.