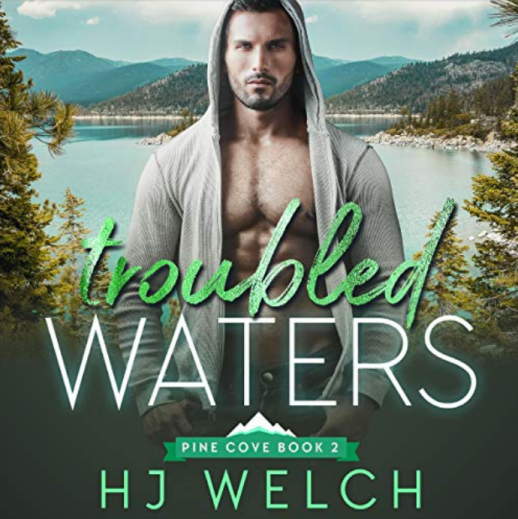 Scout Duffy doesn’t know what’s worse. The fact that his scorching one-night-stand is his bratty new client, or the fact that he doesn’t even remember Scout. But beneath all the bravado, Scout can see Emery is terrified, and he’ll do anything to protect him from his attacker. If only he would lower his walls and let Scout into his heart as easily as he lets him dominate in the bedroom.

Being out and proud his whole life means Emery Klein has never been safe. But now his charity work and social media fame have put a target on his back from bigots, and his friends force him to hire a private bodyguard. Emery doesn’t need to be judged by some straight former-boxer, but his attraction to the gorgeous hunk is insatiable. When Emery finally recognizes Scout, they can’t keep their damn hands off one another, if only for as long as Scout’s in town.

There’s a reason Emery never looks too closely at the men he sleeps with, just like there’s a reason Scout lives out of a suitcase in motel rooms. Will two men hiding from hurt realize the love that could heal them both is right in front of them? Or will Emery’s attacker take everything before they have the chance?

Troubled Waters is a steamy, standalone MM romance novel with a guaranteed HEA and absolutely no cliffhanger.

Angst, tension, and a bit of danger! This book has a little of everything!

I loved Scout. He’s bold, confident and professional, almost to a fault and I felt for him when Emery didn’t remember him, at all! I loved Scout’s strength and protectiveness and how he grew over this story. I’m still on the fence about so much of the miscommunications between these two, but I think Scout did mostly the right thing. Emery didn’t remember and kept needling him till he broke. I really enjoyed the steamy scenes and could definitely feel the sparks crackle!!

There was so much more to Emery underneath the surface, workaholic, dramatic, sassy ‘twink’. He has a real heart with real feelings and I loved that he was trying to make a difference and better himself in all that he did. I liked that he knew what he wanted but was saddened that his past still dragged him down. I felt these two were a great make and once they communication they were able to bring out the best in each other!!!