After Micha Perkins finds himself wrongly implicated in a crime, the last person he wants coming to his rescue is his secret crush, Swift, his older brother’s best friend. But when Micha returns to the town that never felt like home, he discovers Swift’s young daughter is in trouble as well. If Micha can help them both in any way, he knows he will.

Self-defense coach Swift Coal never realized he was a father until he gets custody of five-year-old Imogen and her cranky cat. His neat and tidy life is about to come crashing down, but to his surprise, Micha Perkins is there to save the day. He’s so damn good with kids, and just as cute as Swift remembers. When Micha moves in to help look after Imogen, Swift struggles to repress the feelings he’s kept hidden.

Micha’s always been a misfit, and Swift’s life was always orderly. Micha may have taken the fall to protect those more vulnerable than him, but who will save him when his past comes back to haunt him? Was Swift a fool to risk the safety of his daughter around a bad element like Micha? When their chaotic worlds collide, perhaps love and family are the middle ground they both need to become stronger together.

Book three in Pine Cove. Homeward Bound is a steamy stand-alone MM romance novel with a guaranteed HEA and absolutely no cliffhanger.

All the emotions, such dynamic characters and throw in a beautiful and perceptive little girl and your set of an emotional, challenging and heart-warming romance!!

I love Helen’s perceptive writing style, I can feel all the nuances of each character, their life, and their surroundings. I feel in tune with the characters as they come to terms with their lives and the ups and downs of their current situation. This story is no exception. My heart broke and I was enraged for Micha. His low confidence, self-worth, and past; all form who he is now and I could relate to the challenges of trying to change such an ingrained way of thinking but I loved Swift and his ability to charm, challenge and truely believe in Micha enough to get through to him and their journey is emotionally packed but beautiful!

I love a “bi-awakening” and loved Swift and how he dealt with his newfound fatherhood and beautiful little girl. An emotional situation and to bond, find a balance and find love too, it was just beautiful. I’m loving this whole series and love that no matter who you are, you can find your happily ever after!!!

Check out the rest of Pine Cove…

Ben Turner is besotted with the handsome older man who’s always in his bakery. They have nothing in common…until one day Ben discovers he’s an overnight millionaire, and his customer could become his protector. But they hardly know each other. He’d be crazy to accept his help, right?

Lawyer Elias Solomon knows his crush on the beautiful young baker is ridiculous, but when he suspects Ben is being taken advantage of, he can’t help but step in. Elias’s upcoming fortieth birthday has made him adventurous, but he never imagined he’d accompany Ben all the way to England.

Ben has never even heard of Great Aunt Nancy, his corrupt and bitter English family, their enormous home and orchard grounds, or the business they run from it. All of which he now apparently owns. It’s up to Ben to save the estate with Elias’s help, but does he want the responsibility? All he really wants is to fall into Elias’s bed and never leave, and soon the chemistry is too much to ignore. Elias can’t see how they’ll make it work when they’re from different generations. But when old rivalries take a dangerous turn, he soon realizes he’ll do anything to keep Ben safe from harm…and in his arms.

Book Four of Pine Cove. Bright Horizon is a steamy, standalone MM romance novel with a guaranteed HEA and absolutely no cliffhanger.

Robin Coal wonders if asking his straight housemate Dair to be his fake boyfriend for his high school reunion will be the worst thing he’s ever done…or the best. But there’s no way he’s going home to face his abusive ex alone, and former Marine Dair is just the protection he needs. So long as he doesn’t find out about Robin’s secret crush, everything will be fine.

Mechanic Dair Epping never expected to spend a week sharing a bed with his adorkable friend; however, pretending to be bi is easier than he imagined. He knows he’ll do anything to keep Robin safe from his ex-boyfriend, but as the chemistry between them grows, the line between fake and reality begins to blur.

Could Dair actually be bi? Even if he was, would an ex-Marine really be interested in a computer geek like Robin? When his ex’s intentions turn dangerous, how far will Dair go to protect the man he’s falling for?

Safe Harbor is a steamy, standalone MM romance novel with a guaranteed HEA and absolutely no cliffhanger.

Check out my 5 star review for Book 1 HERE 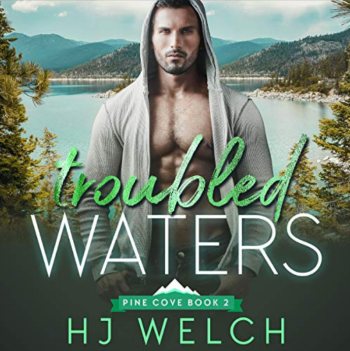 Scout Duffy doesn’t know what’s worse. The fact that his scorching one-night-stand is his bratty new client, or the fact that he doesn’t even remember Scout. But beneath all the bravado, Scout can see Emery is terrified, and he’ll do anything to protect him from his attacker. If only he would lower his walls and let Scout into his heart as easily as he lets him dominate in the bedroom.

Being out and proud his whole life means Emery Klein has never been safe. But now his charity work and social media fame have put a target on his back from bigots, and his friends force him to hire a private bodyguard. Emery doesn’t need to be judged by some straight former-boxer, but his attraction to the gorgeous hunk is insatiable. When Emery finally recognizes Scout, they can’t keep their damn hands off one another, if only for as long as Scout’s in town.

There’s a reason Emery never looks too closely at the men he sleeps with, just like there’s a reason Scout lives out of a suitcase in motel rooms. Will two men hiding from hurt realize the love that could heal them both is right in front of them? Or will Emery’s attacker take everything before they have the chance?

Troubled Waters is a steamy, standalone MM romance novel with a guaranteed HEA and absolutely no cliffhanger.

Check out my audio review for Book 2 HERE