This is part of a shared universe series and Space Fox is the first to be released. 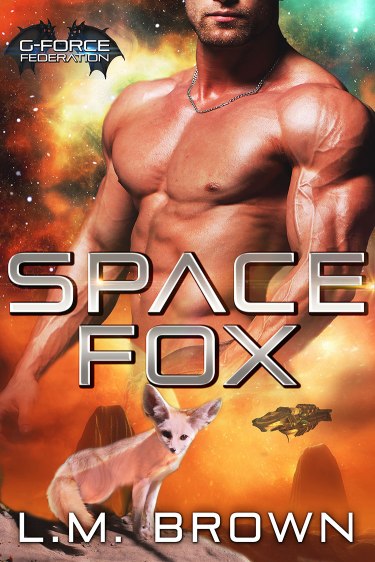 Protecting his shifter from threats is easy, but can he protect him from his own ambition?

As part of the G-Force Federation, gargoyle Jude is a newly promoted pilot eager to prove himself on his first solo assignment. Unfortunately, his plans go awry when his craft is shot down, leaving him stranded in the desert.

Kirby is a fennec fox shifter on the desert world of Cairo. When Jude’s ship comes under attack he races to help him, and after the crash he offers to guide him back to the base.

Their journey across the harsh desert is fraught with dangers, one of which is the lure of Kirby’s scent as he goes into heat for the first time. Jude’s protective attitude towards him pushes all the right buttons with Kirby, and it doesn’t take much for him to persuade the gargoyle to be his first lover.

When Kirby discovers he is pregnant they know one of them will have to make a sacrifice if they want to raise their baby together, but can either of them give up everything they have ever known?

Jude almost tripped over Kirby when the young shifter did a sudden about-face, darted through his legs, and crouched behind him.

“What is it?” He kept his voice low. Something must have startled Kirby, and he trusted the shifter’s hearing to be far more acute than his own.

He took a few steps, cautiously scanning their surroundings.

By keeping a close eye on the direction Kirby appeared to be focusing on, he was ready for company. The two fennec foxes were larger than Kirby and had a haggard appearance that told of fights and rough living.

Jude crouched and placed a hand on Kirby’s furry back. “I don’t like the look of them either,” he whispered. “Do you want me to carry you?”

Kirby hesitated for a moment, before shaking his head and shifting back to human form.

The two newcomers did likewise. The change didn’t improve their appearances. They were older than Kirby, perhaps in their thirties. The larger of them leered at Kirby. “It must be our lucky day. Such a ripe little treasure crossing our path.” He sniffed loudly. “Ah, yes, and untasted. There’s nothing like being the first.”

Jude didn’t like the sound of that, and from Kirby’s shiver, neither did he. He took a step in front of Kirby. “Back off.”

Jude felt Kirby’s hands on his arm, the grip tight. “Don’t worry Kirby, I won’t let them hurt you.”

“You hear that, Sandy? He thinks we want to hurt him.”

Sandy laughed and shook his head. “No, we’re going to make him feel good. I mean, it might hurt him a little, since it’s his first time, but he’ll get over that quick enough.”

Kirby whimpered and Jude reached behind to give him a reassuring pat. “You won’t touch him.”

Sandy smirked. “Do you think you can stop us? His scent is a beacon, drawing us to him—along with every other fennec fox for miles around.”

Jude glanced over his shoulder. Kirby’s expression was one of fear and… guilt? “What is it, Kirby?”

The shifter hung his head. “I’m sorry. I hoped we would make it back to my den before I went into heat.”

“You mean you didn’t realise it was so soon?” Jude asked. He had been able to tell how close Kirby’s heat was from the day they’d met. How had the shifter not realised?

Kirby nodded. “Back on Earth, my kind used to go into heat at certain times of the year, but on this world the seasons are different and it’s hard to tell when one finishes and another starts. Predicting your first heat is kind of hit and miss.”

Sandy coughed to get their attention. “As nice as it is that you’re educating the ignorant human, I’d rather we just get down to business. Right, Flick?”

Flick nodded. “Who gets the honour of going first?”

Jude backed up a little, urging Kirby along with him. Maybe they could make a run for it while the two of them were arguing.

They made it about five meters before Sandy noticed.

In a flash the shifter pounced towards them, Flick right behind him.

Jude pushed Kirby out of their way and altered his stance, ready to take on the two shifters. He might not know everything about shifters and their heats, but he knew more than enough about fighting to protect the innocent to handle this pair of would-be rapists.

He concentrated his energy and hardened his body, letting Sandy hit him just as he turned his chest to stone. Other than a slight tearing of the seams of his shirt, the partial shift didn’t cause too much damage to his clothes. The same could not be said for Sandy’s fist.

The shifter screamed and clutched his hand to his chest. “What are you?”

Jude grinned. “I’m one charged with protecting the inhabitants of this world. And Kirby is under my protection.”

Sandy glared at him. “You’re not human or shifter.”

Flick, who had stalled his assault at the last moment, drew near. “I think I know what he is. There were stories, from back on Earth, about his kind. Hideous creatures of stone, who had the ability to take human form. They were even rarer than shifters. They were known as gargoyles.”

Jude wondered briefly what the stories said about his kind. From the look of hesitation on Flick’s face, he suspected not all of them were flattering. Not that the reputation of the gargoyles mattered to Jude, in fact it helped to have a fearsome reputation. 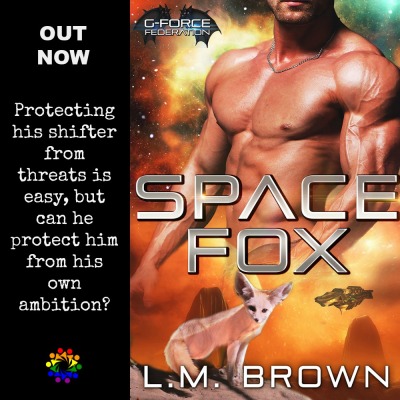 L.M. Brown is an English writer of gay romances.

She believes mermen live in the undiscovered areas of the ocean.

She believes life exists on other planets.

She believes in fairy tales, magic, and dreams.

Most of all, she believes in love.

When L.M. Brown isn’t bribing her fur babies for control of the laptop, she can usually be found with her nose in a book.

She loves hearing from readers and can be contacted 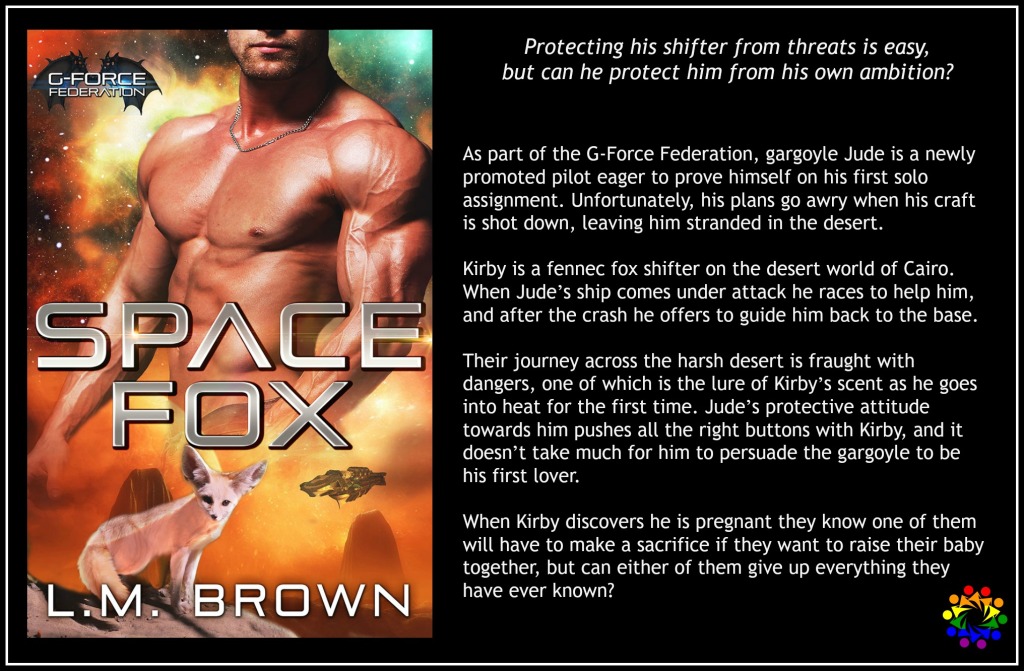 Follow the tour and check out the other blog posts here

#QOTD What series have you been bringing lately?⁠
#QOTD Do you read Christmas/Holiday themed reads?⁠
#QOTD Do you like novellas?⁠
Since 2018, and across four volumes, the Heart2Heart anthology has donated more than $100,000 USD to LGBTQ+ charities around the world and we've decided to do it again with Heart2Heart Anthology Volume 5 coming on January 31st, and here's the awesome cover!⁠
I feel like this week has gone both super fast and slow as a snail. How is that even possible??⁠
#QOTD Do you read fantasy? ⁠
Loading Comments...
%d bloggers like this: