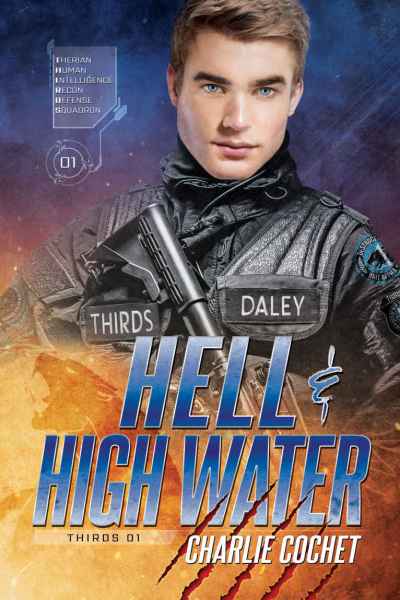 When homicide detective Dexter J. Daley’s testimony helps send his partner away for murder, the consequences–and the media frenzy–aren’t far behind. He soon finds himself sans boyfriend, sans friends, and, after an unpleasant encounter in a parking garage after the trial, he’s lucky he doesn’t find himself sans teeth. Dex fears he’ll get transferred from the Human Police Force’s Sixth Precinct, or worse, get dismissed. Instead, his adoptive father–a sergeant at the Therian-Human Intelligence Recon Defense Squadron otherwise known as the THIRDS–pulls a few strings, and Dex gets recruited as a Defense Agent.

Dex is determined to get his life back on track and eager to get started in his new job. But his first meeting with Team Leader Sloane Brodie, who also happens to be his new jaguar Therian partner, turns disastrous. When the team is called to investigate the murders of three HumaniTherian activists, it soon becomes clear to Dex that getting his partner and the rest of the tightknit team to accept him will be a lot harder than catching the killer–and every bit as dangerous.

This story has the perfect amount of sass, humor, comic relief, thrills, intrigue, and angst; I just couldn’t put it down! While I did guess “the how” for the murders straight away, “the who” took longer and I enjoyed the ride. I liked the whole world created and the unique take on “shifters”.

I loved Dex! He is fantastic! If there was ever a book character I’d want to meet he’d be it. While he’s always good for a laugh, there is so much more to him than I expected. I loved getting to know Destructive Delta and all the characters.

These angst between Sloane and Dex is undeniable and so, so not once they give in! I really liked the case progression and how we slowly unwrapped Sloane as the book went on but Charlie never reveals all. She likes to keep us guessing and on edge. While the main “case” of this book is “solved” there is a twist that leads into book 2, but it’s not a cliffhanger just a lead in thankfully. I’m loving these characters and am now hooked on Dex and Sloane and what’s up next for these two and their team!

Thanks for reading! For great stories, reviews and more please visit https://bookstattoosandtea.wordpress.com 📚 .

Jaguar shifter Sloane and human agent Dexter must rely on their powerful bond to combat a hostile group intent on shattering the peace of their world. A suspenseful paranormal romance with over 2,000 five-star Goodreads ratings!

When a series of bombs go off in a Therian youth center, injuring members of THIRDS Team Destructive Delta, and causing a rift between agents Dexter J. Daley and Sloane Brodie, peace seems unattainable. Especially when a new and frightening group, the Order of Adrasteia, appears to always be a step ahead. With panic and intolerance spreading and streets becoming littered with the Order’s propaganda, hostility between Humans and Therians grows daily. Dex and Sloane, along with the rest of the team, are determined to take down the Order and restore peace, not to mention settle a personal score. But the deeper the team investigates the bombings, the more they believe there’s a more sinister motive than a desire to shed blood and spread chaos.

Discovering the frightful truth behind the Order’s intent forces Sloane to confront secrets from a past he thought he’d left behind for good, a past that could not only destroy him and his career, but also the reputation of the organization that made him all he is today. Now more than ever, Dex and Sloane need each other, and, along with trust, the strength of their bond will mean the difference between justice and all-out war.

Another great one! Dex is just awesome!

This one was great! So much more intrigue into Sloane (& Ash’s) past and what it was like to be one of the First Gen.

With major unrest between Humans and Therians and Issac Pierce’s Order of Adrasteia coming out of the woodwork and continuing its threats from book 1. This story is fast-paced and full of twists and turns. I thought Issac’s obsession with Dex was weird and it was so clear Issac was delusional and had seriously lost his connection to reality for all that he thought was possible with Dex. The conclusion of this book had me on the edge of my seat and I’m it was so twisted and thrilling I just loved it even more. I felt this book wrapped up most of the carryover from book 1 and didn’t end on a cliffhanger but had possible “lead-ins” the same as book one.

I really liked this book and loved getting to now much more about Destructive Delta and the interconnecting lives of the team members. I’m hoping we get to see more connections blossom in the coming books!!

P.S. I felt this book also dealt with some serious issues of self-harm and suicide and perhaps needed a warning for such but these issues endeared me so much more towards Sloane and the truth of his past.

Action. Comedy. Romance. And that one weird guy.

New York City’s streets are more dangerous than ever with the leaderless Order of Adrasteia and the Ikelos Coalition, a newly immerged Therian group, at war. Innocent civilians are caught in the crossfire and although the THIRDS round up more and more members of the Order in the hopes of keeping the volatile group from reorganizing, the members of the Coalition continue to escape and wreak havoc in the name of vigilante justice.

Worse yet, someone inside the THIRDS has been feeding the Coalition information. It’s up to Destructive Delta to draw out the mole and put an end to the war before anyone else gets hurt. But to get the job done, the team will have to work through the aftereffects of the Therian Youth Center bombing. A skirmish with Coalition members leads Agent Dexter J. Daley to a shocking discovery and suddenly it becomes clear that the random violence isn’t so random. There’s more going on than Dex and Sloane originally believed, and their fiery partnership is put to the test. As the case takes an explosive turn, Dex and Sloane are in danger of losing more than their relationship. 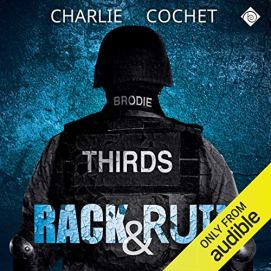 OMG so good, and that cliffhanger!!! Argh!

It follows on from the events of books 1 & 2 but the aftermath of the team’s injuries and the unrest between Humans and Therians. Another awesome case filled with intrigue and betrayal! I loved it! Even better than that is that I thought I knew who the betrayer was both times and thankfully Charlie had me tricked, which I love, and I was on the edge of my seat till the end and then to end on a devastating cliffhanger O.M.G!!! So intense!!!

I loved learning more about Ash in this book and loved getting a look behind the gruff and grumpy exterior. I’m also loving the relationships developing between more of the team members and while I understand the hesitation in some places, it still frustrates me when characters don’t TALK TO EACH OTHER! LOL.

All in all, I loved this book and the series and it’s characters just keep getting better! I can’t wait for more!!! 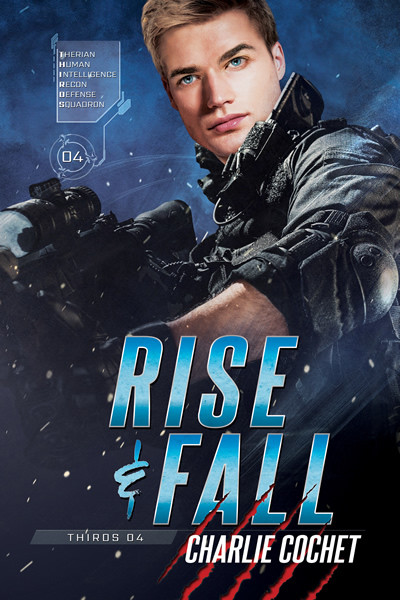 Action. Comedy. Romance. And that one weird guy.

After an attack by the Coalition leaves THIRDS Team Leader Sloane Brodie critically injured, agent Dexter J. Daley swears to make Beck Hogan pay for what he’s done. But Dex’s plans for retribution are short-lived. With Ash still on leave with his own injuries, Sloane in the hospital, and Destructive Delta in the Coalition’s crosshairs, Lieutenant Sparks isn’t taking any chances. Dex’s team is pulled from the case, with the investigation handed to Team Leader Sebastian Hobbs. Dex refuses to stand by while another team goes after Hogan, and decides to put his old HPF detective skills to work to find Hogan before Theta Destructive, no matter the cost.

With a lengthy and painful recovery ahead of him, the last thing Sloane needs is his partner out scouring the city, especially when the lies—however well intentioned—begin to spiral out of control. Sloane is all too familiar with the desire to retaliate, but some things are more important, like the man who’s pledged to stand beside him. As Dex starts down a dark path, it’s up to Sloane to show him what’s at stake, and finally put a name to what’s in his heart.

Can’t get enough of Dex and Sloane!

Continuing on from the epic cliffhanger of book 3 were treated to more of Dex and Sloane as they navigate Sloane’s healing and progress. Dex being Dex often thinks he’s unbreakable and puts himself on a less than safe path. In classic Charlie fashion, there are a few twists and turn but I could love thee ride more!!

I can’t wait for Cael and Ash’s story up next!!! 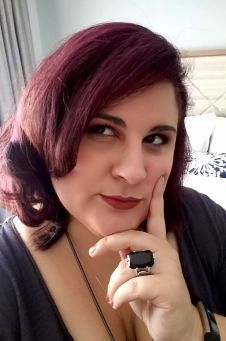 About the Author:
Charlie Cochet is the internationally bestselling author of the THIRDS series. Born in Cuba and raised in the US, Charlie enjoys the best of both worlds, from her daily Cuban latte to her passion for classic rock.

Currently residing in Central Florida, Charlie is at the beck and call of a rascally Doxiepoo bent on world domination. When she isn’t writing, she can usually be found devouring a book, releasing her creativity through art, or binge-watching a new TV series. She runs on coffee, thrives on music, and loves to hear from readers. 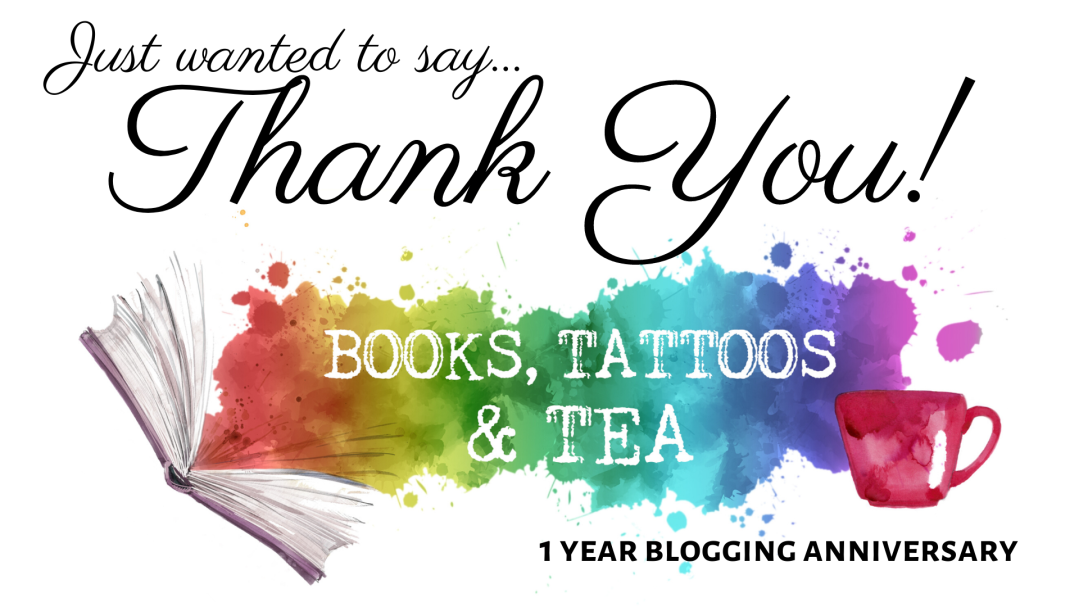