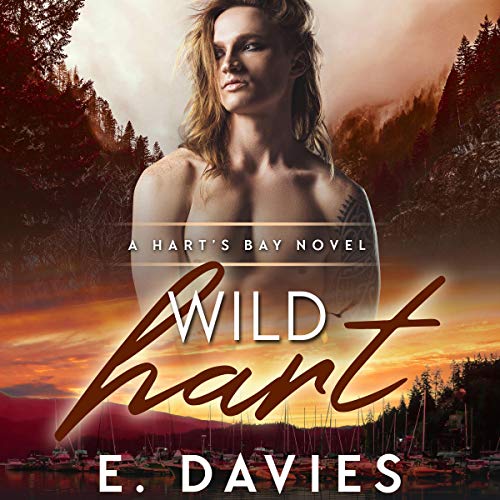 Everything I want is here, in front of me.

Rusty Campbell left Hart’s Bay after high school to work in the wilderness. Now he’s back home for one purpose: seaweed farming. To succeed, he’ll need to fight the tide and win over his skeptical family, once-burned by the fishing industry collapse. But there are intriguing new faces bringing good fortune to Hart’s Bay—like the captivating redhead who watches him from the art gallery.

Six months after moving to this small town, Ezra Carter’s bed feels empty. Painting and running an art co-op with his friends doesn’t fill the same need. The city boy is seriously considering lowering his standards… until the man of his dreams walks in and throws his no-good hookup out of the bar. Why does Rusty have to be straight?

Rusty is mystified at the surging chemistry between them as their friendship grows. Is Ezra the missing piece to the puzzle of Rusty’s love life? As Rusty struggles to make sense of his feelings, he guides Ezra through his home territory to give the artist new inspiration—but he winds up becoming Ezra’s muse himself.

Before long, they’re fumbling their way through uncharted waters. Can their picture-perfect, no-labels relationship weather the storm brewing under their feet?

Wild Hart is the third book in the new Hart’s Bay series about a small town full of nosy but well-meaning neighbors and brotherly banter. It can be read on its own, and promises a happily-ever-after ending with plenty of smiles and steam along the way. Just hold on… when the boat’s a-rocking, don’t come knocking!

I loved Ezra’s story! He and Rusty were perfect together and I loved Ed’s approach to Rusty and his personal and sexual discovery!

There is such a spark from the start between these two and I enjoyed the journey to finding themselves and explored their connection. I really enjoyed Rusty’s story as he discovered and grew. He really came into himself and grew in confidence and was able to find himself, stand up for himself and find something he never knew he was looking for.

Ezra has always been a favorite of mine and his story didn’t disappoint. He has such a big heart and thankfully it ended up being safe with Rusty.

A beautiful story of discovery and growth! 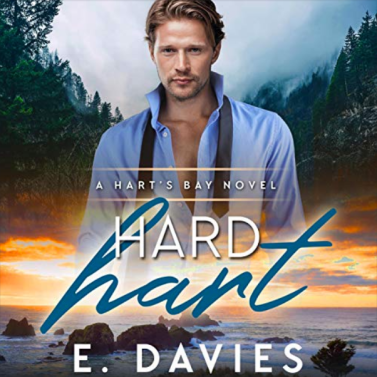 I felt all wrong until I met you.

Jesse Stone is rebuilding his life. He’s ditched his no-good ex, sworn off men, moved to a new town with his four best friends, and started the pottery business of his dreams. And then he slept with his hunky new neighbor. Oops. Jesse needs to focus on work, but all he can think about is getting Finn between his hands like a perfectly-shaped work of clay.

Trouble just blew into town, and his name is Jesse. Finn Hart knows that pursuing Jesse will ignite old family tensions, but he can’t stay away. The construction foreman has never built a lasting relationship. He’s too busy keeping the peace in a town that was founded by one Hart, but is slowly being strangled by another—Finn’s grandfather.

Finn and Jesse are on the same page: they want to save Hart’s Bay, and it starts by bringing tourists in with Jesse’s new art gallery. But their hearts are bruised, and taking a chance comes with a price. Not everyone in Hart’s Bay wants change. For a few narrow minds, nothing good should come to Finn’s branch of the Harts, and that includes love.

Can love wash away twenty years of bad blood and bring a new dawn for Jesse, Finn, and all of Hart’s Bay?

Hard Hart is the first book in the new Hart’s Bay series about a small town full of nosy but well-meaning neighbors and brotherly banter. It’s a standalone novel with a happily-ever-after ending, and plenty of smiles and steam along the way. If that cove could talk… oh boy, has it ever seen things. The second Hart’s Bay novel, Changed Hart, is out now!

Check out my audio review for Book 1, HERE!

Nothing worth having comes easy.

Rainier Hart knows all about hiding. He’s ready to burst out of the closet, consequences be damned. His first escape attempt failed, but he’s not done fighting. Back in his hometown, all he has are a few worthless buildings and a job on a construction crew. What he needs is a firm hand to guide him—and a family that doesn’t look down their noses at him.

Colt Fuller is everything Rain isn’t… or is he? Rich, muscular, commanding, and very much out of place in Hart’s Bay, he wants more than Rain’s run-down warehouses. He wants the surprisingly defiant little twink who owns them, too. The pull between them is too strong to ignore, even with everything that’s on the line.

Rain and Colt are perfectly matched: right down to the secrets they’d each prefer to keep buried. Those secrets threaten the very foundations they begin to build a life together on.

Because nothing stays secret in Hart’s Bay, including how they really feel about each other. Can they see past the bluster and into each other’s hearts?

Changed Hart is the second book in the new Hart’s Bay series about a small town full of nosy but well-meaning neighbors and brotherly banter. It’s a standalone novel with a happily-ever-after ending, and plenty of smiles and steam along the way. Plus, because it’s Rain, more sass than anyone expected. The third Hart’s Bay novel will be released in October 2019.

Check out my audio review for Book 2, HERE!