Henry’s the odd man out. All his friends are settling down, and his reputation as the Hook-Up King of London seems more like a curse than a blessing these days. Especially when it keeps photojournalist Ivo, his best friend and the brilliant man he’s loved since they were fifteen, at arm’s length. But that’s where Ivo wants him, right? Putting aside his feelings, Henry decides to give up casual sex and look for the real deal. After all, he has no chance with Ivo – or does he?

Henry is everything to Ivo. Best friend, soul mate, the one person who has never let him down. The one person he is loyal to above everything and everyone. But Henry’s in a box marked best friend and that’s where Ivo’s kept him for nearly twenty years, despite steadily falling in love with the gentle man. And besides, why would Henry want to date Ivo? Burned out and injured, he’s the walking embodiment of damaged.

Distance has helped Henry and Ivo keep a lid on their attraction, but when they find themselves in the same city for a change—Ivo hurt and needing assistance, and Henry more than willing to provide it—the two best friends grow closer than ever, forcing a realization, and a decision. Risk their friendship for their hearts? Or can they have both?

From the bestselling author of Rule Breaker and Deal Maker comes a tender love story about two best friends who are perfect for each other, and always have been – if only they knew it.

*This is the third book in the Mixed Messages series, but it can be read as a standalone

Another winner, with so much heart!

This was an epic second chance, friends to lovers, I pined for you but didn’t tell you romance. With classic Lily wit and heart, this is a beautiful ‘ending’ to a fantastic series and beautiful characters!

It did take me a little while to get back into the sassy world and colorful characters of the Mixed Messages series but once I did my heart op4ened up for Henry & Ivo! The is so much love and pining in this story. At so many points I wanted to yell at the characters but Lily does it in a way that’s humorous and thankfully not too drawn-out or frustrating.

I felt for both Ivo and Henry and all they had to deal with. Ivo’s story was heartbreaking and I loved Lily’s honest approach to such a complex character. This one made me laugh, cry, hurt and love along with the characters and made love this series even more! A definite must listen series! Joel elevates these characters and just makes the whole series that much more passionate, hilarious and emotive. 5-star narration!!

Thanks for reading! For great stories, reviews and more please visit https://bookstattoosandtea.wordpress.com 📚. 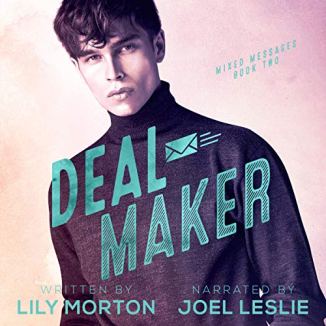 Sometimes your mouth makes deals that your heart can’t honour.

Jude is a highly successful model, but a very reluctant one. His life is full of casual hook-ups with pretty men in glamorous locations, but it’s still empty. However, circumstances decreed a long time ago that this was his path, so he’s resolutely stayed on it and accepted his fate with good grace. He made a deal with himself and his hook-ups. Get in, get out and no ties with anyone.

However, an accident at home one night leads to him making a new deal and accepting the offer of help from an unlikely source. It leads to an unexpected summer of falling in love with a larger than life man and his child.

But by the end of the summer his reasons for not staying are still valid. Will he turn away? Can he?

Asa is a talented actor who has spent time away from the scene to look after his son. But now he’s back, and the last thing he needs are complications from the gorgeous man who is staying with him. Scarred from too many betrayals, he has no intention of forming a lasting tie with anyone. However, he can’t resist the beautiful man with secrets, and to his horror he develops feelings.

But a deal’s a deal and they said it was just for the summer. What can Asa do with a man who has forever in his eyes and goodbye on his lips?

Check out my audiobook review for Deal Maker HERE 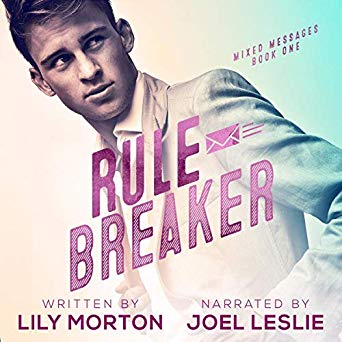 Is it really wrong to want to murder your boss?

Not surprisingly he has devoted a lot of time to increasingly inventive ways to murder Gabe. From stabbing him with a cake fork, to garrotting him with his expensive tie, Dylan has thought of everything.

However, a chance encounter opens his eyes to the attraction that has always lain between them, concealed by the layers of antipathy. There are only two problems – Gabe is still a bastard, and he makes wedding planners look like hardened pessimists.

Because Gabe is still the same commitment shy, cold man that he’s always been, or is he? Has Dylan had the same effect on Gabe, and has his solid gold rule of no commitment finally been broken? With his heart taken Dylan desperately needs to know, but will he get hurt trying to find the answers?

From the author of ‘The Summer of Us’ comes another scorchingly hot romantic comedy, showing what happens between two men when rules get broken.

This is the first book in the Mixed Messages series but it can be read as a standalone.

Check out my audiobook review for Rule Breaker HERE

Check out the other books in the series on Amazon