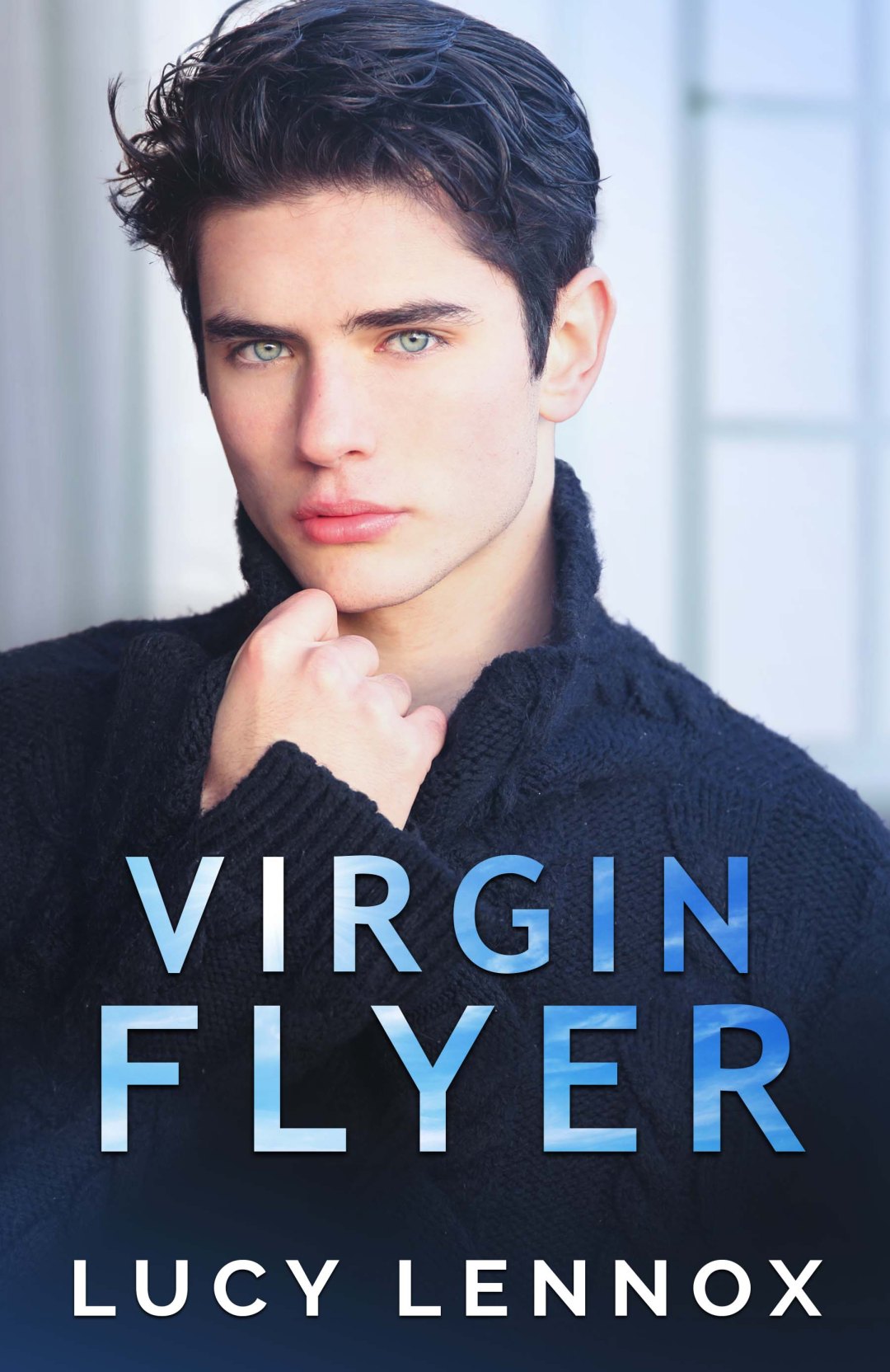 Wanted: One night together, no strings attached. Hold me, make love to me, treat me like I’m the most important person in the world. No talking. No names. And don’t be surprised if I’m gone in the morning.

After crushing on my best friend for years, I realize he’ll never want someone inexperienced like me. So I decide to get it over with, play the V-card once and for all with an anonymous hook-up. The terms are simple: no talking, no names.

It isn’t as easy as it seems. Now I can’t get the handsome stranger who greeted me with soft kisses and gentle touches out of my mind. Those hands, those lips… But it was just a one-time thing, and I need to forget about him once and for all.

At least I know I won’t ever see him again—until I board a flight and catch sight of a familiar profile in the cockpit just as the door closes.

My hands wouldn’t stop shaking, and I worried I was sweating enough to stink. Also, how long was a douche supposed to last before nerves negated the effects?

I shook my hands out and paced back and forth in the hotel room. I’d splurged on a nice room on a high floor with a gorgeous view of the river. Not that I could see much of it now that it was dark, but it had been pretty before the sun had gone down. Now it was mostly city lights.

I stopped pacing and pulled the curtains closed. No one needed to watch what was surely going to be an utter disaster. Another good reason I’d laid out the no-talking rule. It would hopefully prevent the man from asking what the hell my problem was. Also, I didn’t want him to ask about my experience or lack thereof. My hope was to… somehow cover up my virgin status by acting like I knew what I was doing.

I did not know what I was doing.

Embarrassingly, I’d also texted Jay and told him where I was in case I was murdered and/or kidnapped. He’d asked me why I’d never used him as a wingman before, and I’d piled on more lies, saying I’d never needed backup until a bad experience the month before. Then, of course, he’d wanted to ask me all about my close call. I’d mumbled something about bad poppers and hung up.

I didn’t even know if guys used poppers anymore, and I sure as hell knew I was too much of a dork to be a popper user. Jay had probably immediately called Chris to ask him about my bad popper experience. Even now Chris could have been trying to get ahold of me to make sure I was all right.

I raced toward the closet to get my phone out of the safe, but tripped over my own foot on the way there and sideswiped the TV table with my hip, hard.

“Fuck,” I hissed, looking down at the offending piece of furniture. And that’s when there was a knock on the door.

I slapped a hand over my mouth to keep from yelping. Was it too late to cancel? What if I was so nervous I couldn’t get a hard-on? What if…

I took a deep breath and strode toward the door as confidently as I could fake being. After shooting one last warning look over my shoulder at the TV table, I reached for the handle and pulled the door open.

My eyes had never before been gifted with such a sight.

I blinked and was surprised to see him still standing there. Tall, broad, handsome as hell. He had dirty-blond windblown hair and was dressed in a dark wool coat over a white button-down shirt open at the collar. I could see darker blond chest hair in the vee of his shirt and a prominent Adam’s apple under dark evening stubble. I wanted to lick it. I wanted to sniff it. I wanted to climb up his large body and beg for him to touch me. My stomach dropped. This was unexpected.

To celebrate Lucy’s new release, we are giving away 3 eBooks copies of Virgin Flyer

After enjoying creative writing as a child, Lucy didn’t write her first novel until she was over 40 years old. Her debut novel, Borrowing Blue, was published in the autumn of 2016. Lucy has an English Literature degree from Vanderbilt University, but that doesn’t hold a candle to the years and years of staying up all night reading tantalizing novels on her own. She has three children, plays tennis, and hates folding laundry. While her husband is no shmoopy romance hero, he is very good at math, cooks a mean lasagne, has gorgeous eyes, looks hot in his business clothes, and makes her laugh every single day.

Lucy hopes you enjoy sexy heroes as much as she does. Happy reading!