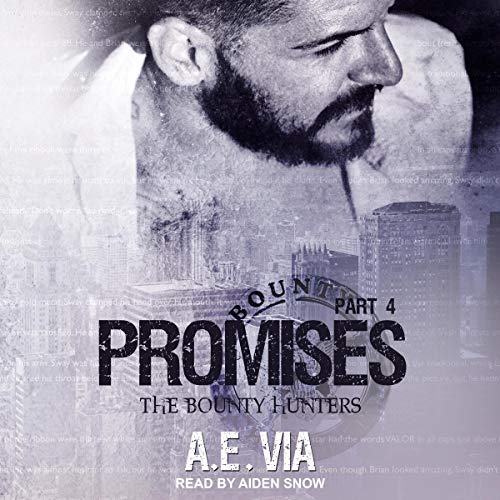 Brian King was honorably discharged from the United States Navy five years ago. He’d left with the highest honors a man can receive in his country, but he’d paid the ultimate price to earn them. He’d returned home with all his limbs, his right mind, and with his only brother Ford, at his side. But, one thing had been lost, maybe for good…his voice.

Now, being a bounty hunter is Brian’s only means to satisfy his need to calculate, track, and capture. He missed companionship, he missed communicating. So, when he met Sway Hamilton – in the most unconventional means – he’d been surprised at his special way of understanding Brian’s every look…and touch.

Sway grew up in the rough part of ATL, trailing behind his twin brother Stanton and his best friend, Dana. He and his brother had a bond only twins could understand. So when Stanton’s life was taken during their sophomore year in college, Sway didn’t think he’d ever recover. However, Sway knew there was more to life than heartache.

Sway has to learn to trust in love, and Brian has to believe that Sway will always understand him even if he never speaks again.

“So. You drive the hottest black car I’ve ever seen. You wine and dine. You build and create.” Sway glanced around the kitchen and out of the large window. “You seem to be doing okay for yourself. And, you hunt down bad guys at night.” Sway smirked and gave Brian a hot leer. “It’s like I’m on a date with Batman.”

Brian almost choked on his wine. He remembered Sway having a type of masculine sass to him, but he didn’t remember him being hilarious. Brian had to be careful around him. He smiled broadly, his face feeling strange for stretching that wide.

Sway gave him a teasing grin and went back to eating. His plate was almost clean except for a few string beans and a couple of bites of fish. His eyes were still on his plate when he confessed, “I like to make you smile, Brian.”

Brian’s heart might’ve stopped. He felt his nostrils flare because what he heard was Sway felt good pleasing him. “I like that you can. Some people don’t think so, but I don’t mind smiling.”