Blog Tour & Excerpt: A Bit Of Me by Kent Lowe

Book Title: A Bit of Me
Author: Kent Lowe

It took the person he hated to make him love again.

Wiping the sweat from his top lip, he tried to breathe in something other than stranger’s body heat. It was thick. Solid. Like the air had been stuck in the carriage for years. And he knew as the doors beeped shut behind him, the five-fifty-two to London was going to be one bastard of a journey.

‘I know.’ Wheezing, George slipped into the seat next to Alfie and sucked in mouthfuls of the staleness. ‘Got held up at work.’

Truth was, it had nothing to do with his job. Being late wasn’t something George Taylor was good at. He was the fucking champion. Tell him where and when to meet and he’d be there. Twenty minutes after everybody else.

Dripping with sweat, he dragged the back of his wrist over his brow then yanked the neck of his T-shirt in an attempt to cool his clammy skin.

Sitting on the chav wagon for an hour was hell for him. The thought of being sat amongst thirty-odd strangers, most of whom had no idea of personal space, gave him full on anxiety. Actually doing it, made him want to vomit. But it was worth it. Nothing could bring him down. Not even a soap dodger with an allergy to antiperspirant. He was on his way to see Ellie. And that was all that mattered.

‘Babes, please tell me you’re not wearing that tonight.’ Aimee momentarily glanced away from her phone and winced at his muddy top. ‘Ells will actually kill you if you turn up in that.’

‘Course not. I’ve got my going out gear in here.’ George unzipped his torn rucksack to prove he’d packed a fresh set of clothes that morning. He hadn’t needed the reminder that Ellie would disapprove of his work gear. ‘I didn’t have time to change.’

‘Or wash by the smell of you.’ Aimee turned her nose away. ‘You look like you’re covered in-’

‘Shit!’ Alfie jabbed his elbow into George’s side. He was gawping at a blonde who had just boarded the train in a tight figure-hugging blue dress. ‘Look at the bounce on those things.’

Never one to encourage Alfie’s ogling of anyone with breasts, George made a point of rolling his eyes. He couldn’t help but notice the impressive chest on the blonde himself though.

‘She is hot.’ Alfie whistled, manspreading into George’s space.

Aimee peered up from her phone to give the woman the once-over. Possibly the twice-over by her look of disdain. She was one of the nicest, sweetest girls on the planet but other attractive females brought out the monster in her. ‘What? No way. She’s so basic.’

‘I don’t care if she’s basic, I’d motorboat the fuck out of those things,’ Alfie beamed, following it up with a wink George’s way.

‘The way you objectify women is gross.’ Aimee huffed, pulling at her neckline to show off her own bronzed and perky assets. ‘Besides, you can tell she’s a total bitch, just look at her eyebrows.’

George and Alfie shrugged in unison as Aimee continued to glare at the woman. Like she was sizing her up for a coffin. George had no idea what the woman’s eyebrows had to do with her being a bitch, but by the grimace plastered on her face, Aimee seemed adamant about it. She always insisted that she had a way of knowing those sorts of things, but George had yet to see any proof.

“My English teacher in Year 11 once said that I’d either be a rent boy or a writer. I wasn’t successful at the first so thought I’d try the latter.”

Kent Lowe grew up in East London, spending most of his youth in Dagenham, before moving to Essex.

Being a daydreamer and somewhat of a loner, he found art and literature to be the perfect medium for his endless imagination. After finishing college, Kent went on to study a Fine Art degree where he moved from canvas to installation which reared his love for both visual and literary storytelling.

Kent has always had an affinity with animals, and growing up with a menagerie of creatures, he now has fish, an orange cat and four adorable dogs that make his chaotic world just that little more harmonic.

As an artist and writer, all of Kent’s works delve into humour, love and friendship. 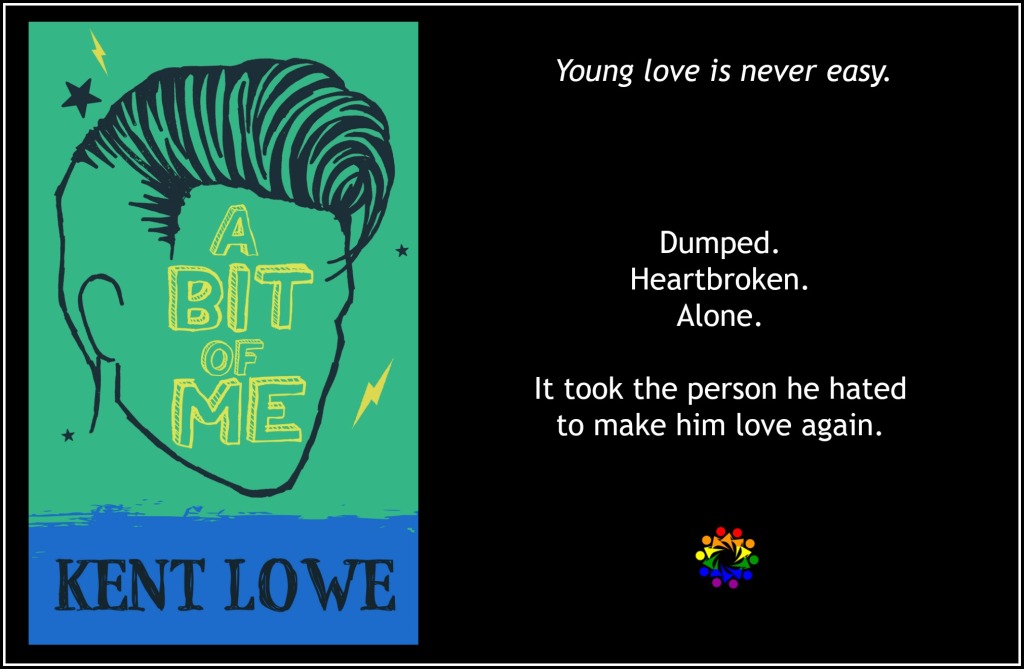