Nate Tippie and Brandon Wilde are gay, single, and hoping to meet that special man, even though fate has not yet delivered him to their doorstep.

Nate’s sister, Hannah, and her kooky BFF, Marilyn, are poised to help fate with that task by creating a profile on the gay dating site, OpenHeartOpenMind. They are only exploring, but when a face and body are needed for the created persona, they use Nate as the model.

When Brandon comes across the false profile, he falls for the guy he sees online. Keeping up the charade, Hannah begins corresponding with him, posing as Nate.

However, real complications begin when Brandon wants to meet Nate, who doesn’t know he’s being used in the online dating ruse. Hannah and Marilyn concoct another story and send Nate out to let the guy down gently. But when Nate and Brandon meet, they feel an instant and powerful pull toward each other. Cupid seems to have shot his bow, but how do Nate and Brandon climb out from under a mountain of deceit without letting go of their chance at love?

Brandon Wylde faced the form on his iMac screen with something akin to terror. Or maybe the emotion causing his mind to go blank and his heart to beat more swiftly could more rightly be called performance anxiety.

What was causing this fear of failure and quickened breath was the registration page for a gay dating website called OpenHeartOpenMind. Brandon had been all over the Internet, searching for a site that would put him in touch with other gay men looking for romance and the promise of something lasting and not for hookups. Now, there was no shortage of the former—the hookup sites were rampant, and as much as Brandon felt that “to each his own” was a motto worth living by, these sites were not his own. A close-up picture of an asshole (in the literal sense) or a hard dick might be titillating to some, but to Brandon it was simply a bore. How could one tell if one wanted to even “hook up” when seeing only a faceless body part? The idea gave Brandon the creeps. Did we have sex with genitals alone? No, we had sex with entire human beings, for Christ’s sake. No matter how big and thick the dick was or how open and inviting the asshole (literal, again), Brandon couldn’t imagine a meeting of any sort with simply a body part.

His “pickiness,” as his man-whore friend Christian always said, was what kept Brandon alone and yearning at age twenty-nine. “Just go online. You can have a hot guy delivered to your door within an hour, like a pizza, a delicious, mouthwatering pepperoni pizza. Hold the cheese!”

Christian was no stranger to the embraces of many men, culled from sites like Manhunt, Adam4Adam, or Craigslist (or as Margaret Cho referred to it—the Penny Saver of dick) and, more lately, Grindr and Scruff. Christian swore by these electronic connections and, as far as Brandon could tell from their happy-hour conversations, took advantage of their charms on an almost daily basis.

Brandon shook his head and wondered if what Christian was shopping for online was more a fix than a human connection.

Brandon knew what he himself was, what he had, and the condition was incurable.

He was a romantic. As much as his hormones told him that all he really required in this world was a warm place to bury his dick, his more developed senses begged to differ.

Brandon wanted someone with whom he felt a special connection, someone with whom there was that magical spark he read about in the gay romance novels he devoured with increasing frequency, to fill the void missing in his life. Brandon wanted chocolates and flowers. He wanted love poetry. He wanted surprise weekend getaways to remote mountain cabins or quaint bed-and-breakfasts. He wanted someone to curl up next to on the couch, falling asleep together to some old black-and-white movie.

He wanted someone with whom he could share not only his body, but his life.

Christian told him, “You’re never going to find the man of your dreams, unless you bring some of those wet dreams you’re still having at your advanced age to life! Just get laid! No man’s going to buy the merchandise without a free sample.”

Really, Christian? Really? And why are you still alone, then? Brandon knew Christian spent almost all of his free time online. Hell, Brandon could even count on Christian to be on his phone, on Grindr or Scruff, when they were out to dinner or one of the clubs. Brandon would twiddle his thumbs with Christian nearby, oblivious and texting furiously, always on the prowl for his next hookup, who usually lurked somewhere nearby.

Why was the man never satisfied?

Brandon had a secret, one which he had never shared with anyone, especially Christian.

He was almost a virgin. He had only two pathetic sexual experiences on his résumé. First, there was an embarrassing, guilt-ridden “affair” back in high school that had lasted for all of two weeks (although Brandon wished for more). And the one time, back in college, when he had met his second paramour in the basement men’s room of King Library on the Miami University (Ohio) campus. The guy wanted Brandon simply to kneel down between the stalls so he could blow him, but Brandon was far too fearful to engage in such an act and even then, he wanted more—like to see his cocksucker’s face. Besides, Brandon wasn’t even sure why the guy kept putting his hand under the stall, not knowing then it was a signal for him to kneel on the floor. So Brandon, romantic at heart that he was, simply grasped the signaling hand and held it.

This prompted his tearoom trick to flee the bathroom—and Brandon followed him outside.

Somehow, in the stairwell outside the men’s room, Brandon convinced his bathroom suitor to take him home, to an off-campus apartment where the two young men quickly and furtively got one another off, worried about the imminent arrival of the guy’s straight roommate.

That experience, sordid and unsatisfying as it was, left in Brandon a desire to chase windmills, if that’s what his idealism could be called. Brandon was not going to settle. If he couldn’t have the whole enchilada (the enchilada being a relationship that was satisfying not only on a physical level, but also on an emotional one), he wanted none of it.

Unfortunately for Brandon, he had come of age during a time when Internet and even smartphone connections made hooking up fast and efficient. Brandon conceded those connections might possess those benefits, but they were not for him.

He was interested in both of a man’s heads, thank you very much. And he would not settle for less.

He believed a man who thought the same was out there. Somewhere.

Which is what brought him, right now, to the registration site for OpenHeartOpenMind. When he had finally landed upon the dating website, he was thrilled to find their mission statement on the home page, one that dovetailed with his own inclinations.

We here at OpenHeartOpenMind believe in old-fashioned romance. If you’re looking for impersonal, easy sex and lots of it, there are plenty of other sites that cater to your interests. Go for them.

OpenHeartOpenMind is for the man who wants to date, who knows that sometimes delayed gratification can make the rewards all the sweeter.

OpenHeartOpenMind is for gay men who think the road to love is paved not just with physical attraction (although we’d be lying if we said that doesn’t play a big part!), but with mutual respect, shared interests, and the common goal of wanting more than just merging genitals, but merging hearts and minds as well.

Good luck on your dating journey!

Below the mission statement were icons that urged the potential user to sign up and the current user to sign in. 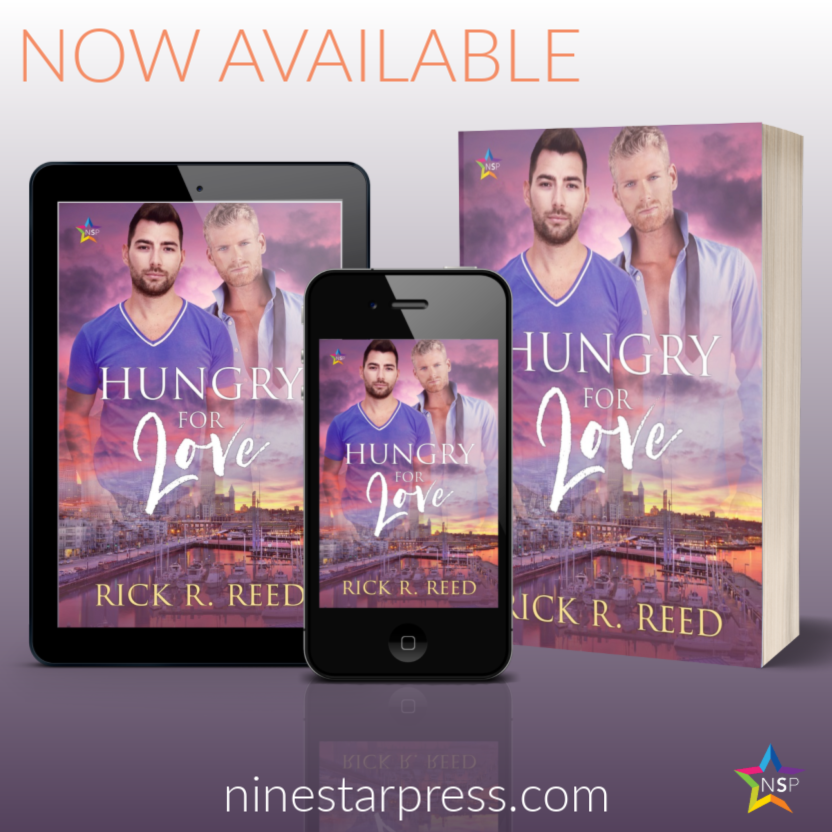