Release Blitz & Excerpt: A Share in a Secret by Jude Tresswell

Book Title: A Share in a Secret
Author: Jude Tresswell 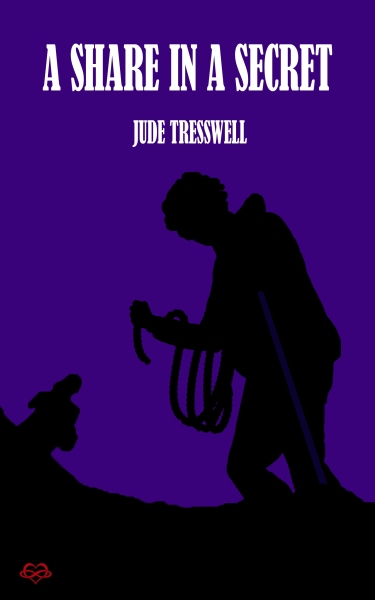 Sooner or later, secrets will out…

Mike, Ross, Raith and Phil are a gay, polyamorous quad who live in County Durham, North-East England. Mike’s nephews visit, and launch the quad into a tale involving inclusivity and investment scams, false arrest, and a desperate attempt to keep a dangerous secret hidden.

Meanwhile, Nick Seabrooke is now living and working in the village. Can the quad navigate the complexities of a sexual-asexual relationship? They would risk their safety for each other. Are they willing to do so for Nick?

This is the fifth County Durham Quad story. As always, background information is included for new readers.

Here is the start of the story. It’s a typical exchange between the four men…

Late afternoon in ‘Cromarty’, a normally quiet home in Tunhead, County Durham. Phil and Mike were seated in the living room. Phil stopped typing the article he was preparing for a medical journal and looked in the direction of the kitchen. Mike stopped skyping his brother, looked up too and, not really expecting an answer, asked, “What the fuck’s he up to now?”

The ‘he’ was Raith, Phil’s husband. Raith was a successful artist and ceramicist, but he sounded like someone intent on demolition not on creation.

“I thought all our kitchen units were the easy-glide, silently-closing variety,” Phil commented as another cupboard drawer slammed shut.

“They are, but the manufacturers hadn’t met Raith, had they? Nuthin’s Raith-proof, is it?”

The banging stopped and voices took their place. Ross, Mike’s civil partner, had come into the kitchen from the garden. He walked through to the living room and met Mike’s and Phil’s enquiring eyes.

“He’s made a chart. He was looking for something to stick it up with,” Ross explained.

“Stick it up? It sounded like he was hammerin’ it up,” said Mike.

“Yes. He’s fixing it on the wall now. It’ll either amuse you or horrify you. I’m not sure which. Possibly both. He wants us to discuss it before Nick comes round for his tea.”

“I thought we were involving Nick in all our discussions,” Phil remarked.

Mike, Ross, Raith, Phil—and Nick. By their own definitions the first four men were four sorts of poly. Polydomestic: they shared the household duties. Polypecuniary: they shared their incomes too. Polydemocratic: they had equal say in decisions and tossed a coin if the vote was evenly split. And fourthly, they were polyamorous: they loved each other deeply, although Ross only had sex with Mike. Nick was Tunhead’s most recent inhabitant. He shared most of his meals and much of his spare time with the quad, but although he now lived in the village, he didn’t live in Cromarty. There were reasons for the need for a little separation. Hence Raith’s chart. Nick might be romantically and emotionally attracted to men or, rather, to one man—Mike—but he wasn’t attracted to anybody sexually. In fact, he was revolted by the thought of an intimately physical relationship.

Ross stood aside and ceremoniously waved Mike and Phil through to the kitchen. In place of the whiteboard that, ten minutes earlier, had indicated the week’s household duties list, there was a large sheet of cartridge paper divided into two vertical columns. The left hand column comprised extremely realistic drawings. The other, narrower one was partially filled in. It contained some ticks and some crosses.

“Yes, I’ve already put a cross by that one,” Raith said. “I knew Nick wouldn’t like it.”

“Looks like you two liked it though,” Ross commented as, curious, he took a close look.

“So this is… what, exactly? And I’m not talkin’ about the drawin’s themselves. I can see what they are.”

“Well,” said Raith, “I thought it would save us a lot of future problems if we sorted out what we were allowed and not allowed to do when Nick’s in our home instead of in his place.”

“And you figured that a bloody big explicit poster starin’ at him over his tea was the best way to do it?”

I’m married, I’ve grown-up children, I’m asexual (although a different sort of ace from Nick) and I do enjoy writing stories that aren’t constrained by hetero-norms.

The plots are always stimulated by something on the news – in this instance, the homophobic reaction of some people and groups to the UK government’s decision to introduce lessons on inclusivity into the school curriculum.

I enjoy writing light dialogue as well as dealing with serious issues, though, and I hope that some of the quad’s interchanges will make readers smile.

I talked about myself and my books on Brad Shreve’s Gay Mystery Podcast (an episode entitled Four Times As Much Mystery) in April, 2020. (Link below)

Four Times As Much Mystery with Jude Tresswell (Ep. 028) on the Gay Mystery Podcast 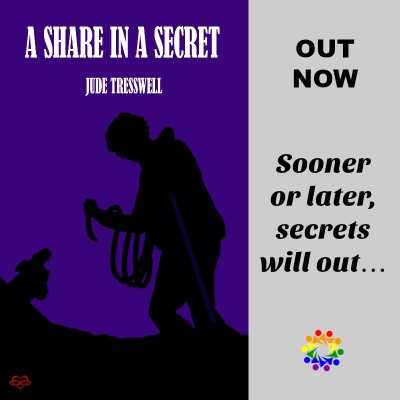 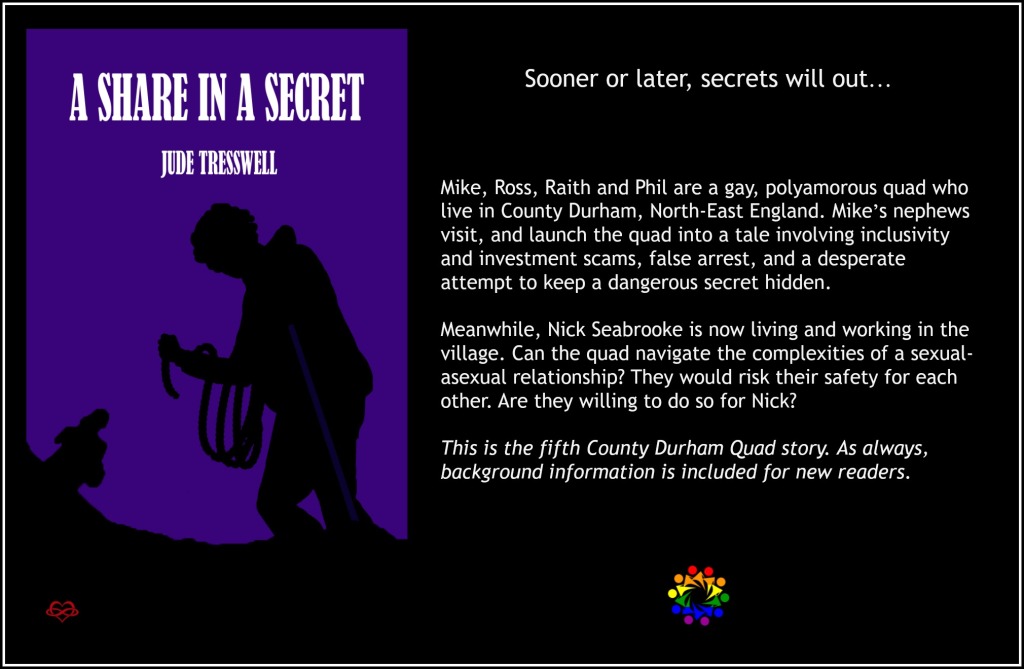