Release Blitz & Giveaway: Paid to be Shared by Romilly King

It is a standalone story within a series 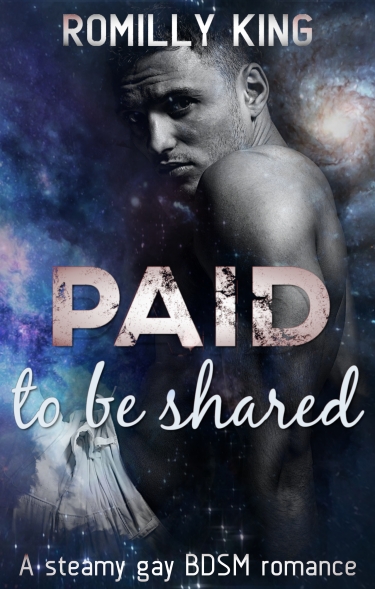 Can the sweetest sub at Delphic stretch himself enough to satisfy two Doms?

BIRCH is the sweetest sub at Delphic, but can he stretch himself enough to satisfy two Doms? Will they share him or break him?

When a pair of demanding doms need the perfect submissive to share they place a contract with the Delphic Agency.

Their needs are very different; Ivo is the master of pushing limits whilst Griffin is gentle but intense. Can one sub ever be enough to satisfy them and for how long?

Birch will always try his hardest, it’s in his nature, but how can he retain a professional distance when they each arouse such different passions in him and together, well together, they overwhelm him.

PAID TO BE SHARED is the third book in the Delphic Agency Series and contains Dom/Sub elements, plenty of steamy kink exploration and a sweet submissive with a huge heart.

“Ideally, we want a sub that we both find attractive, but it’s the kinks that we are mainly interested in. Ivo is into medical play, and I’m more for bondage, sensation play, forced orgasms, that sort of thing. Naturally, we’ll both want to fuck him,” Griffin looked at Ivo, and Ivo nodded and said nothing.

It is better if Griffin spoke for them because his brain was organized to be best in this sort of situation; succinct, sensible, getting to the meat of the issue. The CEO briefing the room.

Ivo’s brain wasn’t like that, all Ivo wanted to say was, give me a boy that I can play with, give me a boy I can tether to my table and probe and slowly open and then sink into.

Griffin didn’t put his needs like that. He made bald statements without the hot details, but Ivo still got hard, his cock sluggishly filling against his thigh.

“I think it’s worth noting that we intend to play separately. If the contract is a success, then we don’t rule out scening together in the future, but that’s not a priority. Oh, and we neither of us like brats.” Griffin looked again at Ivo, checking in, and Ivo nodded again.

Dr. Gregory – he said they should call him Cash – peered at Ivo over his glasses, his moss-green eyes kind, a faint smile on his face. Ivo met his eyes across the cluttered desk and nodded again, “No, we don’t like brats,” he said. His voice sounded deeper, gruffer than he expected, “For this to work we need compliance. So we can have the scenes without drama, and then get back to being with each other.”

He felt Griffin tense beside him, his leg pressed against his own, hard, Wrong thing to say, made me sound inhuman, he thought, Should have stayed quiet.

Dr. Gregory looked at him quizzically.

“What Ivo means,” Griffin stepped smoothly into the faux pas, “Is that our relationship is the primary. The contract with Delphic is a sexual cherry on the top of the cake for us. We’re giving each other this as an anniversary present actually. I could have got him a new set of golf clubs; instead, I got us both a subscription to the Kink of the Month club!” he laughed, and Dr. Gregory smiled and made another note.

Everyone in the room knew that was a lie.

Ivo loved his husband, loved his heart and his drive, loved his skin and his cock and his panting breaths and his hot hands, and yet, he needed someone pliant and begging. He wanted big eyes that would well with tears and then flutter with bliss. He needed, he needed – what Griffin couldn’t give.

Griffin was speaking again, and Dr. Gregory was listening carefully, head tilted to one side. “We want to start with a longer-term contract, three months minimum,” Griffin was relaxed now, talking logistics, “Three days a week and every other weekend. We’re happy for the sub to take on other contracts if they are feasible, but none that include an exchange of fluids because we both want to be able to come with him. Weekly testing would still be mandatory, of course.”

Ivo found himself drifting again. They had tried it, meeting each other’s needs, of course they had, they loved each other. They had tried to switch, and it had been a disaster. Ivo had taken it better. Griffin had dropped like a stone. Ivo had gritted his teeth and endured. Griffin hadn’t been able to look him in the face for days.

They were basically incompatible that way.

“Married couples don’t do absolutely everything together,” Griffin had rationalised to Ivo when they got further than just hinting around the edges of the issue, “Nobody needs to witness anything, it will keep the mystique intact,”

And that sort of made sense to Ivo, although somehow he didn’t think that fucking a submissive fell into the same category of married life as toenail clipping and nasal hair trimming. But he couldn’t deny either Griffin or himself because he could feel himself and his marriage fading to shades of grey for lack of it.

He swallowed at the fear that suddenly knotted his stomach. He wasn’t used to fear, as a surgeon he was never fearful, but the thought of losing Griffin for lack of this scared the hell out of him.

Romilly wakes up every morning and decides which (witch) to be. Some days Romilly is an Imp, some days a Fairy, some days a Stoic, and some days a Gladiator. Romilly has a classical education, a filthy mouth and loves OTK spankings and strong Sirs who give love and punishment in equal measure.

Romilly is also very shy but makes every effort to engage with people from all walks of life. 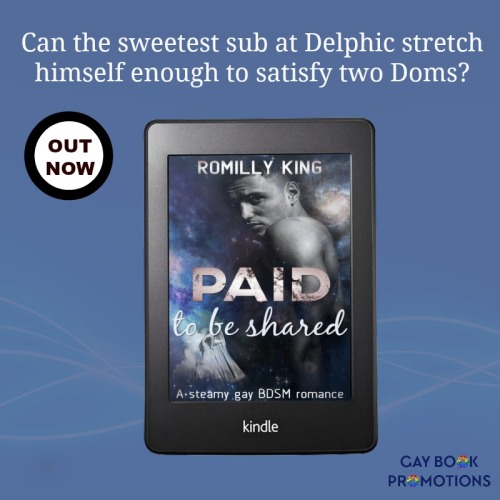