Release Blitz & Giveaway: On the Square by

Title: On the Square

Dropped from her television show after a very public split with her cheating ex, celebrity chef Mai Li wants nothing more than to reopen her parents’ shuttered restaurant and make a fresh start in her former hometown. So what if twenty years of neglect has left the building in need of a major renovation?

After a spring storm causes significant damage to the building and renovation costs exceed Mai’s budget, Dale offers her a deal, but is it a price Mai is willing to pay?

On the Square
Brenda Murphy © 2020
All Rights Reserved

Dale filled her coffee thermos. The scent of the dark brew had her wanting to linger over another cup. She tightened the lid. “You riding the bus today?”

“Nah, Chip’s coming to pick me up. We have a cross-country team meeting.” Noah slid the omelet he was cooking onto the plate. “You sure you don’t have time? You can have this one, Mom. I’ll cook another for me.” His round face and solemn dark-brown eyes were fixed on her face. He lifted the plate and waved it in her direction.

Delicately browned, perfectly cooked. The aroma of melted cheddar cheese and butter filled the small kitchen. The omelet tempted Dale even more than the coffee had. She sighed and cursed herself for agreeing to an early morning appointment for an estimate. Dale grimaced. Cowed by the insistence of the woman who called for the estimate, her oldest, Seth, had made the appointment outside of business hours. Afraid to turn down work. Knows we need the money. If it works out.

Dale tucked two peanut butter and strawberry jelly sandwiches into her cooler, wrapped an apple in a napkin, and placed three battered and scruffy water bottles around the sides, spacing them evenly. She shut the lid and bungeed the ancient metal relic of a cooler shut. Please let it work out.

The concern in Noah’s voice drew Dale from her thoughts. “Nothing. I wish your brother would’ve talked to me before he scheduled this. I hate to talk to people before I’ve had my coffee. And who the hell needs to meet at six in the morning for an estimate?” She peered out of the window at the sky, barely pink.

“Someone in a hurry? Like maybe you should be. Or you’re gonna be late.” Noah smirked as he shoved aside stacks of paper and clutter before he placed his plate on the table. He pulled a chair out, sat down, and flipped his napkin out with a flourish.

“Damn.” Dale took two steps over to Noah and mashed a quick kiss to his forehead. “Don’t forget to tell Thomas to pick up Grandad’s prescription and have a good day at school.”

Noah scrubbed his hand over his mouth. “I will.”

Dale snatched her thermos and her lunch cooler off the counter as she bolted for the door.

The large black pickup truck roared into the parking lot, kicking up a fine spray of dust and small gravel. Mai ended the call she had been ready to make to cancel the estimate appointment and shoved her phone back into her pocket. She frowned as a layer of gray dust settled over her polished black wingtips. Tinted windows prevented her from seeing inside the truck. With a snap of her wrist she straightened her collar, leaned back against her car, and crossed her arms over her chest. She tapped her foot and pursed her lips as she contemplated how much she was going to enjoy telling the yahoo in the truck what she thought of their driving skills. A warm-up for what she was preparing to tell the contractor who didn’t think her time was valuable. She didn’t do business with people who were not punctual. This town has not changed a bit. Still on country time. She snorted thinking about the ridiculous lengths she had to go to get the idiot on the phone to agree to a timely appointment.

The scuff of boots on gravel on the opposite side of the truck made her look up.

“Sorry I’m late.” A tall woman in faded jeans and work boots rounded the front of the truck. A thick tan work belt with a multitool pouch clipped to it held her jeans up over her curvy hips. She tucked a metal clipboard under her arm and stuck her hand out to shake.

“Who are you?” Mai didn’t take the woman’s hand. “I had an appointment with a general contractor for an estimate. Dale Miller?”

“That’s me.” A flash of irritation flew across Dale’s face as she withdrew her hand and stuck it into her rear pocket.

“You’re late.” Mai studied the unapologetic woman in front of her. Thick honey-blonde hair streaked with gray brushed her shoulders. A head taller than Mai, she had broad shoulders and a trim waist. Her pale-blue undershirt set off her golden-brown eyes. The sleeves of her flannel overshirt were rolled back and displayed well-muscled forearms.

Dale rocked back on her heels and glanced skyward before bringing her gaze back to Mai’s face. “I am. And I apologized. This is outside of our normal hours for estimates.”

Dale cut her off. “And you weren’t expecting a woman.” She swept her hand through her hair. “You know what. I’m not certain I’m the best person for this job.” She turned on her heel and walked away from Mai, head high and shoulders rigid.

Dale turned and rested her hand on the hood of the truck. “Why? You’ve made your mind up. I’m not going to waste my time. Or yours. Good luck with your project.”

Mai looked down at her shoes before returning her gaze to Dale’s face. “That’s not what I was going to say.”

“Right.” Dale arched an eyebrow. “I’ve been in this business too long to be scolded for being late. I don’t schedule appointments this early because I don’t like talking to anyone at this unholy hour.”

Mai laughed. “How have you stayed in business?”

Mai held her ground. “Special favors? I asked for an early appointment. It’s not my fault whoever answered the phone doesn’t know your hours.”

Dale clenched her fists. “My son knows the hours perfectly well. He was trying to be nice. He said yes to accommodate your schedule. Which, apparently, is way more important than mine. Good day.” She spun on her heel and stomped back to the truck.

Mai chewed her lip as she desperately tried to ignore how much she liked the way Dale’s ass looked in her jeans and failed. “Hey, wait.”

Dale yanked the truck door open and tossed her clipboard inside.

Mai sprinted around the truck and her shoes skidded on the gravel lot. She caught herself on the truck hood and narrowly avoided bumping into Dale. “Hey, please stay. I’m sorry we got off on the wrong foot. I’ve had too many folks be rude to me because I wasn’t what they expected. Please. I’d like you to at least look at the project.”

Dale turned to her and the delicate scent of lemon verbena wafted from her, undermining Mai’s determination to keep to the business at hand.

A rueful grin crossed Dale’s face. “No. I’m sorry. You’d think I didn’t want the work. I’d like to see what you want done.” She tilted her head and met Mai’s gaze. “Do you mind if we have coffee first?”

Mai held out her hand and Dale shook it. “Bring your thermos.” She tilted her head toward the silver flask. “Come on. We don’t have to talk until you’ve had another cup.” 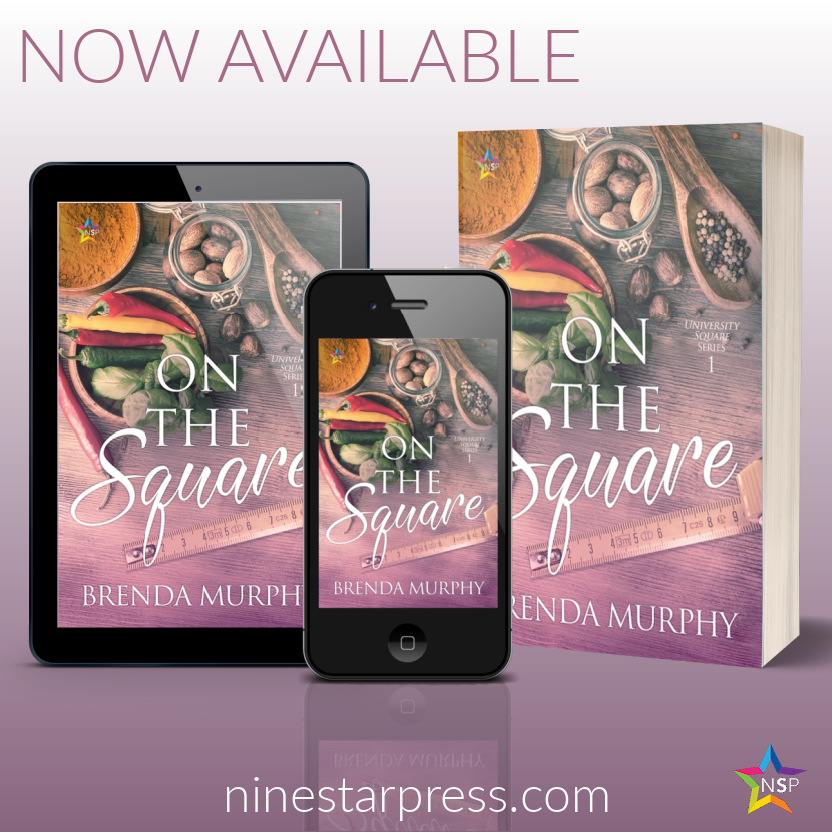 I hope you enjoy reading this book as much as I enjoyed writing it. For a free short story, information on book signings, appearances, work in progress snippets, previews and sneak-peeks, sign up for my email list.