Nickel might be a water elemental dragon, but even he has limits—and the sudden rain storms, hail, and snow in midsummer are way over the line. Luckily, he works for Dane’s Supernatural Consulting firm and can use those resources to figure out who keeps mucking with the weather and get them to stop.

Soon Nickel realizes he isn’t the only one searching for the weather worker: the enemy he has been hunting for ten years has finally reappeared, and it’s a race to see who will reach the weather worker first. Nickel isn’t certain he’ll win, or even survive, the attempt, but he’ll do whatever it takes to save the dragons.

Chapter One
Nickel walked into the office and shut his umbrella with a snap that spattered water droplets all over his pant legs. He grimaced and tossed the umbrella onto the stand by the door with a sigh of disgust.

“It’s not that bad, dear,” Becky said cheerfully from her oversized secretary’s desk in the middle of the room. He scowled at her in return, which she ignored with the ease of knowing him for over ten years. Becky looked warm and dry while wearing a nice summer-weight cardigan. The rain hadn’t started until an hour ago, so she had already been safely ensconced on her throne. Nickel, on the other hand, had been out and about getting lunch. He had been lucky to be near a shop selling umbrellas when it had suddenly started pouring, but that hadn’t saved his shoes.

Admittedly, Nickel liked rain. He was usually the first one to run outside to play when the skies darkened and thunder rumbled overhead, just not when he was wearing a nice suit. He might be able to save his shoes, but only if the scamp napping on his desk chair moved.

Lumie popped one red eye open, saw that Nickel was the one speaking to him, and went right back to sleep. His long red hair flopped over his face as he took ignoring Nickel to another level. Nickel growled and ran a hand through his much shorter blue hair in exasperation. There was no talking to Lumie when he was in one of his moods. Instead of fighting for his chair, Nickel dropped to the floor.

His shoes popped off with wet squelching sounds, and his socks left a puddle on the floor. Nickel’s magic fizzled between his fingers for a moment before he directed it to pull on the water, calling it out of his shoes and socks. It was a gradual process. Water moved slowly. It was sticky, according to the science teacher Dane had hired to teach all the kits, and was therefore happier to remain attached to something than not. It was why water always hesitated on the edge of a counter before the push from behind and gravity below finally sent it falling. Of course, once the first drop fell, all the water built up behind it fell too because it was all stuck together. It took some doing before the water obeyed his magic, but once one drop and then another began to coalesce in Nickel’s hand, it wasn’t long before he had a small river flowing from his shoes and socks into his cupped palms.

The water was cool and welcoming, just the way Nickel liked it. He continued to call out the water slowly. Easy, routine magic, it was also good practice for when he worked larger spells. Except the water was starting to heat in his hands. First it was only just warm, which happened sometimes when he was being a touch careless, but when bubbles started to form between his hands, Nickel turned to glare at Lumie.

“Knock it off!” Nickel snapped. Lumie continued to breathe evenly, as if he really were asleep. Experience told Nickel that Lumie was a dammed good actor, though. The heat continued to rise until the water stopped protecting Nickel’s hands and they began to get uncomfortably hot. His shoes also began to smell. ’Ron had stuck a hairdryer into a pair of sneakers once to try to dry them. The bathroom had reeked of sweaty feet for days when she was done, and the office was quickly taking on the smell of that awful aroma.

Nickel tossed the water before it could start burning his hands. It arced beautifully in the air, steaming as it continued to boil, and landed directly on Lumie’s head.

Lumie shrieked and jumped out of Nickel’s chair. His red hair was plastered to his face and dripping onto his shirt. He looked like a soaked puppy, especially as he scowled. Nickel couldn’t help grinning at the sight.

“What was that for?” Lumie shook his head back and forth, deliberately spraying Nickel with more water. The water steamed off Lumie quickly, leaving his hair dry and slightly fluffy.

“You know why!” Nickel snapped back, his good mood forgotten with the reminder that Lumie had just tried to boil Nickel’s hands off and destroy the office with a pervasive stench.

“Sleeping in your chair is no reason for you to throw water all over me!” Lumie yelled. His eyes flashed with magic, so Nickel prepared himself to block anything Lumie was about to throw at him. “And ugh, what’s that smell anyway?” Lumie asked. He turned his head away from Nickel, the water incident already forgotten as he sniffed the air.

“I was just trying to help!” Alloy whined. He poked his head out from underneath the desk. His mixed red-and-blue hair was disheveled, and his eyes—one bright red and the other blue—were wide as he tried to hold back tears. Nickel jumped in surprise and then growled at himself. How had he missed the fact that Alloy was curled underneath the desk? He shouldn’t have. Apparently, the distraction of Lumie taking his chair combined with his wet shoes had been enough for Nickel to miss Alloy. That wasn’t acceptable; Nickel snarled to himself. He had to be better than that. Alloy wasn’t an enemy, but next time Nickel might not be so lucky.

Still, yelling at Alloy wouldn’t have any effect. Either Alloy would pretend to be Lumie and conveniently forget the scolding a few minutes later, or he would run to Copper and Copper would smooth over any hard lessons Nickel had tried to impart.

“You remember the time ’Ron tried to dry her shoes in the bathroom?” Nickel asked Alloy as calmly as he could. Alloy’s nose wrinkled in disgust so Nickel took that as a yes. “She used the hot air from the hairdryer, and the heat made her shoes stink. That’s why heating up the water in my shoes started to smell bad.”

“Oh,” Alloy said slowly as he began to understand the mistake he had made. “I should have helped your water magic, then?” he asked curiously. For any other dragon, what Alloy had said would have been an impossibility. Elemental dragons like them used one element of magic. That was it. Nickel used water, and Lumie used fire. Alloy was the result of a cruel experiment gone wrong and had somehow been born with power over both water and fire.

“That would have been better,” Nickel agreed. “But you should always ask first before you interrupt someone’s spell. You could have burned me if I hadn’t gotten Lumie wet instead.” Alloy giggled and Nickel couldn’t help cracking a smile at the memory of Lumie jumping up in surprise.

“Shut up,” Lumie grumped. At some point, he had left Nickel’s desk and had wandered over to Becky’s instead. He was busy plundering her candy jar, but he still shot them a disgruntled glare that only faded when he finally found a Cinnamon Bomb. He bounced off into Dane’s empty office with his prize in hand, Nickel and Alloy promptly forgotten.

Nickel could only shake his head. Lumie had to grow up eventually, Nickel hoped. Alloy was certainly more mature.

“Oh, don’t worry, dears,” Becky said in her best old-lady voice. She looked like one at the moment, although in another minute she might look like someone Nickel’s age or even someone in their thirties. Her outward appearance wasn’t confined by age. “I have enough candy for everyone.”

She reached into her plundered candy jar and pulled out a package of red Laffy Taffy. It was cinnamon flavored, but Alloy liked the high sugar content too. For Nickel, she waved a stick of blue rock candy. She had apparently been shopping overnight, because Nickel was certain there hadn’t been any of his favorite candy left yesterday. He had checked.

Was it demeaning to allow himself to be bribed by candy? Nickel couldn’t help wondering even as he padded barefoot across the office to take the proffered candy. Alloy looked at his candy and then down at Nickel’s shoes. He whined to himself and plopped down on the ground. Nickel felt the swirl of water magic in the air a moment later. He took Alloy’s candy too and brought it over. Nickel called on his own water magic and sat next to Alloy to help. 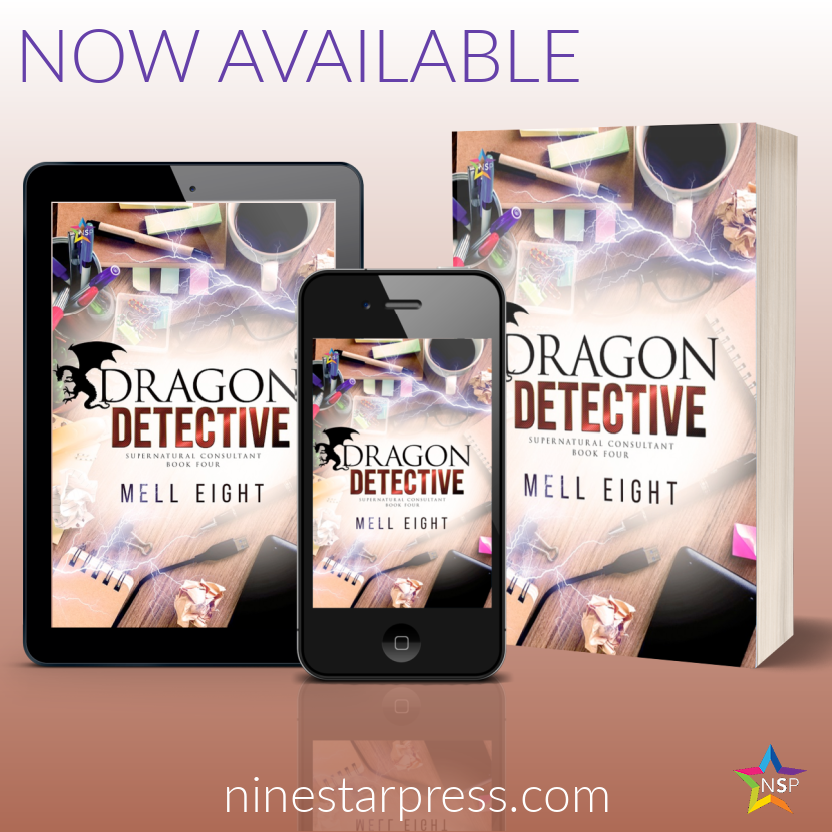