Release Blitz & Giveaway: And Then They Were Four by Elna Holst

Title: And Then They Were Four

A radical feminist turned cop and a former Lucia candidate are expecting—twins. A gender studies professor burns her candle at both ends. A lovelorn bus driver is feeling fragile, until an unexpected visit brings her some queer holiday cheer; and an obstetric nurse single mother delivers the expected, while her past catches her unprepared.

In the final A Tinsel and Spruce Needles Romance, the crew from Candlelight Kisses, Little x and Wild Bells make their way through Advent 2000, celebrating the first X(X)mas of a new millennium.

And Then They Were Four
Elna Holst © 2020
All Rights Reserved

Rick’s hand slid over the striated orb of her stomach. She looked like a giant walnut. Yes, a walnut, that was how Padma Lindgren felt about herself as she entered the ninth month of her pregnancy: she was moving slow as a walrus and going nutty into the bargain. Her enormous middle was striped with indelible stretch marks, distended like a carapace, overwhelmingly ever-present, forcing her to sleep in positions she had never slept in before.

The wan white of Rickie’s freckled hand stood out against her belly, her touch making Padma’s skin break out in goosebumps. She hissed out air between her teeth. She knew her registered partner—or wife, as she called her for short—was just saying good morning to the babies. It didn’t matter. Her sex ached in readiness. Her huge, dark mother-to-be nipples puckered. Her pulse pounded in her ears.

Erika smiled goofily. “You really are.”

Padma snorted, but Rickie’s eyes held a promise: one promptly delivered on as she moved her tantalising palms up the sides of Padma’s bump to cup her swollen breasts.

A sharp quiver cut through Padma, from chest to groin. These last few months her tits had been ridiculously hypersensitive. Erika had always been a fan of them, it was true—ever since their school days, Padma suspected—but now she was close to enlisting in the Holy Order of the Sacred Boobs. She grazed the undersides with her thumbs and Padma moaned.

Rick flushed with gratification. She flushed so easily it was just silly. And utterly fucking adorable.

Padma gripped her head, the semi-outgrown buzz cut tickling her fingers. She pulled her face up close. “Yeah, I’m going to need you to suck them. Hard.”

Rick didn’t need telling twice. She crushed their mouths together, swallowing Padma’s rough gasps as she continued to stroke her, but the kiss, for all its scintillating intensity, was nothing but a few seconds of foreplay before she progressed to Padma’s pebbled, painfully erect peaks.

She started with the left one, circling the areola with her tongue as she palmed the right. Padma sighed her encouragement. Her fingers brushed along Erika’s scalp, itching to pull, but endeavouring not to. She had to pace herself, or the moment would be over before it had properly begun; she knew this, although it was only the hard-earned self-discipline of the certified fitness instructor that managed to hold her in check.

Rick licked directly across her nipple and Padma’s hips bucked, her belly jutting into the warm, lean abdomen of her lover.

“Fuck, babe.” Rick’s whisper had a gulpy, watery quality. Her right hand skimmed along Padma’s obliterated waistline, sweeping the underside of her bump before finding the jungle-like swelter of her bush.

Sparks of hot, treacle-sweet arousal ran the length and width of her. Padma’s fingers clamped around Rickie’s skull. She was whimpering again. She couldn’t bloody help herself.

Rick chuckled, but after six years together, Padma knew exactly what that chuckle meant: Erika was skating the edge herself, the joy of sexual fulfilment gathering in her loins.

Rickie gorged on her breast. There was no other way to describe it. She had been rolling the nipple between her lips, teasingly, but now she was pulling, hard and relentless, and the rush of sensation made Padma cry out, her pussy starting to pound to the rhythm of Rick’s tongue swiping and lapping. Even before Rick pushed inside her, Padma started to flow.

Rickie didn’t let go. Padma’s juices were pooling in her cupped palm, colostrum, no doubt, seeping into her working mouth, but Rick didn’t let go, wouldn’t, as Padma’s hands came down to her shoulders, her nails digging half-moons into her flesh.

She had three fingers inside her now, filling her, pumping and pummelling, and as Rick found her clit and pressed down heavy; as her mouth moved to repeat the exercise with her right tit; as her left hand rested on her belly, protectively, lovingly; Padma’s consciousness of the world around her broke into a million trembling little pieces, her back arching, the howl of her climax loud enough to make the icicles hanging outside their bedroom window dance and glitter in the bright, white December morning.

Well, not really. But it sure felt like it, as far as Padma Lindgren was concerned. 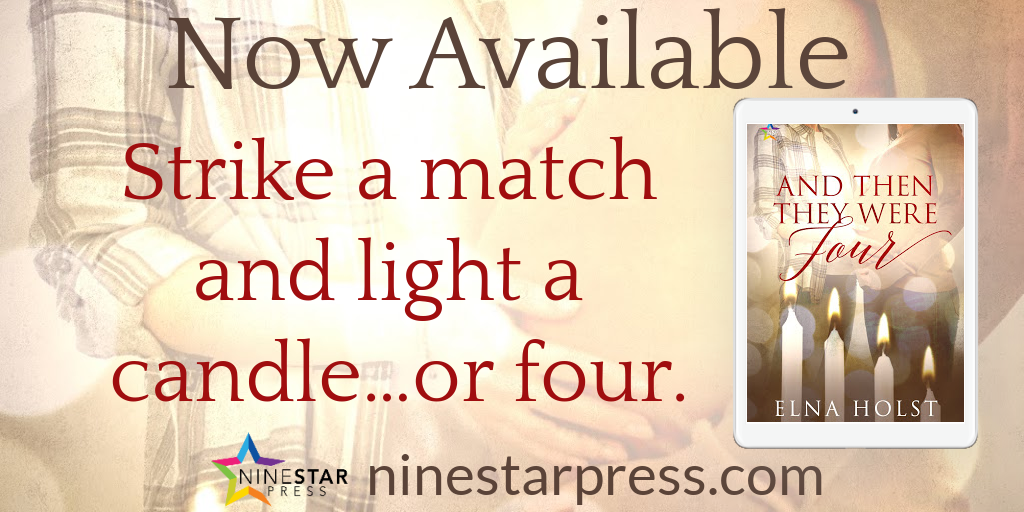