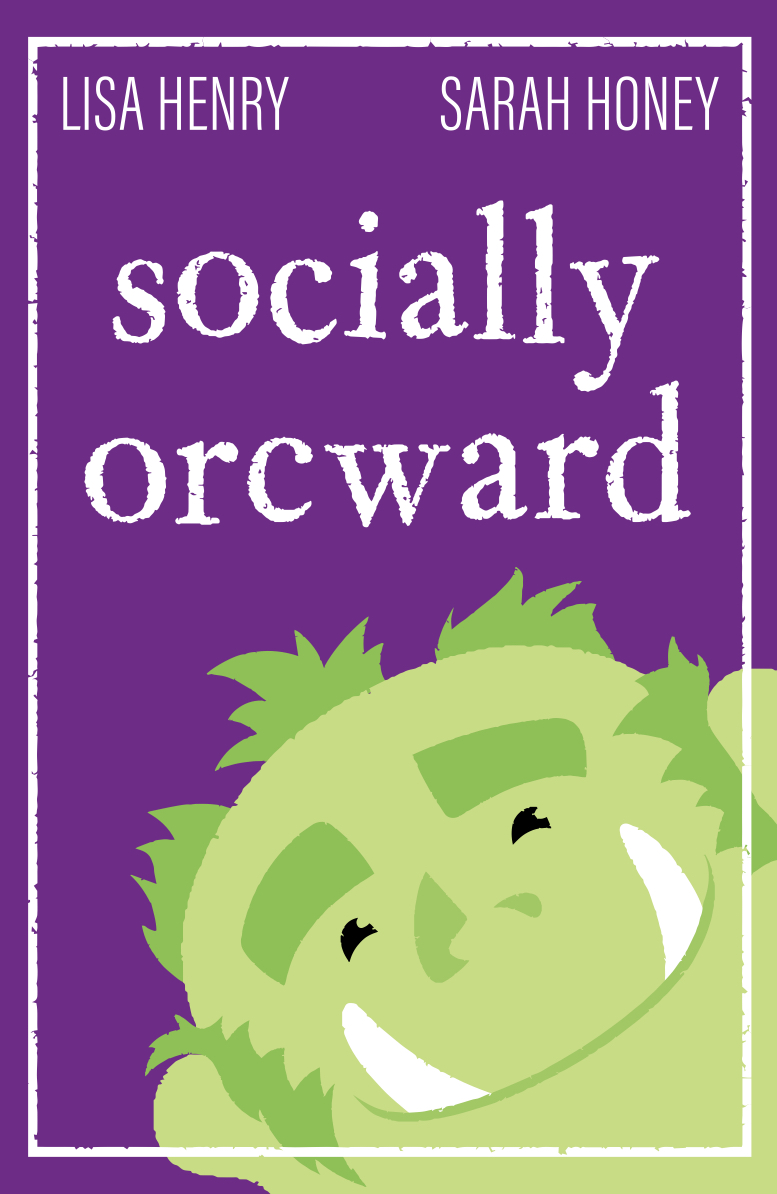 Dave is a simple orc with a simple life. He has his dragons, his music, and his friends, and that’s mostly enough. Sometimes though, he gets lonely and wishes there was someone he could share his interests with—maybe even someone he could hold hands with, although he knows it’s not likely that there’s a special person out there for someone who’s seven feet tall and green to boot.

So it’s a delightful surprise when Simon Perrin, the new kitchen boy, not only knows all about dragons, but seems to like Dave as much as Dave likes him back. But all is not what it seems, and Simon is hiding a dark secret. There are sinister forces at work, and Simon needs to find a way out of the situation he’s trapped in. If he doesn’t, it could mean disaster for the entire kingdom of Aguillon, and an even more terrible fate for Pie, Dave’s beloved fingerdragon.

When Dave discovers Simon and Pie are in danger, he’s swept up in a rescue mission that spans an ocean, tests a friendship, and has more dragons that you could poke a lute at. It’s going to be a wild ride—literally.

Once Simon had finished eating, a woman who was obviously the cook crooked a finger and beckoned him over. “Take the scrap buckets up to the dragon hatchery,” she said, “and be careful not to drop them going up the stairs. If there’s nobody there, leave the buckets just inside the door.”

Cook fixed him with a stern look. “Of course. But be sure not to touch them. Dave’s very particular about his dragons.”

“The dragon keeper. He’s an orc,” she added casually and Simon felt the blood drain from his face. Nobody had mentioned anything about orcs!

“Is…” Simon dropped his voice to a whisper. “Is he dangerous?”

“Probably, if you mess with his dragons,” Cook said a little too cheerfully. “That’s why we send the new hires. If he eats you, then we haven’t wasted too much time training you.”

Eat him? Simon’s eyes widened and his heart thundered in his chest.

There was a tugging on his sleeve and he looked down to see James grinning up at him. “Dave doesn’t eat people. They’re teasing.”

Simon’s knees went weak with relief, and he had to put a hand on the table to steady himself. “Th-thanks,” he stuttered out.

“Spoilsport,” Millie muttered at James, who stuck his tongue out in reply. 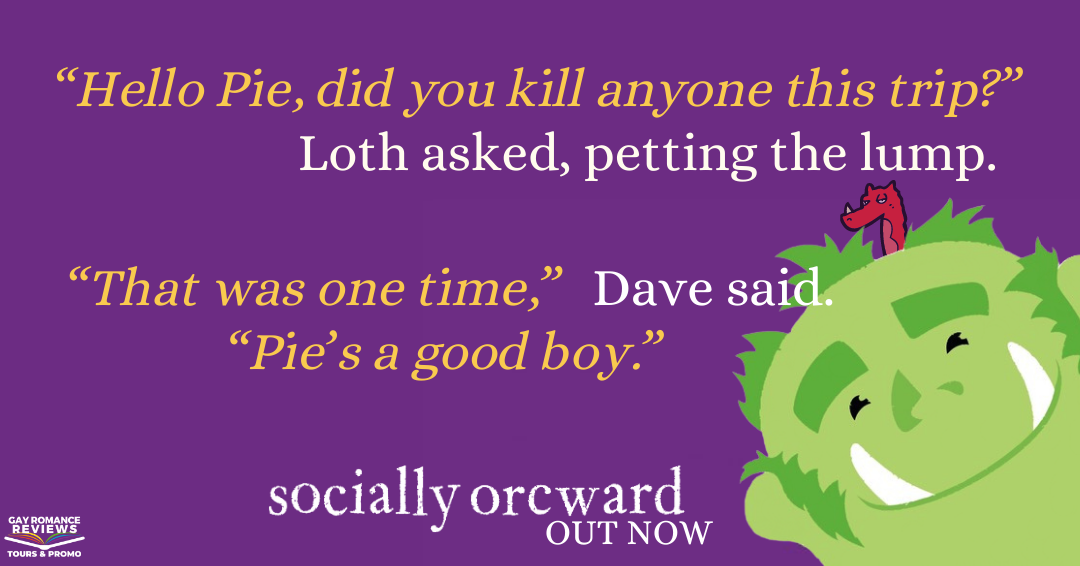 To celebrate the release of Socially Orcward, Lisa & Sarah are giving away a $20 Amazon Gift Card!

Also Head Over to Lisa’s Facebook Group on February 14th & 15th for the Release Party.
Games, Giveaways, and Author’s galore! 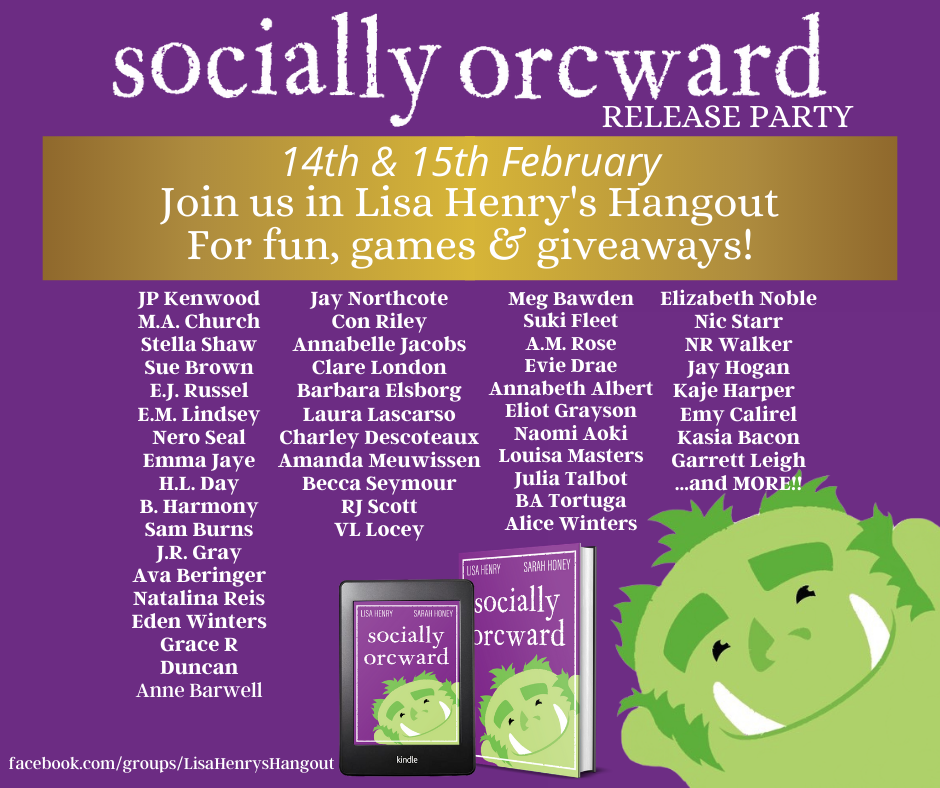 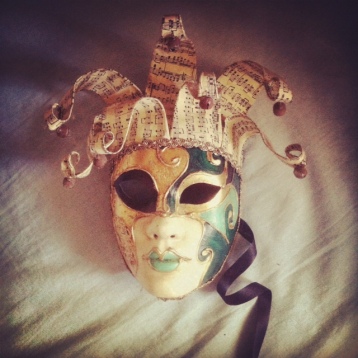