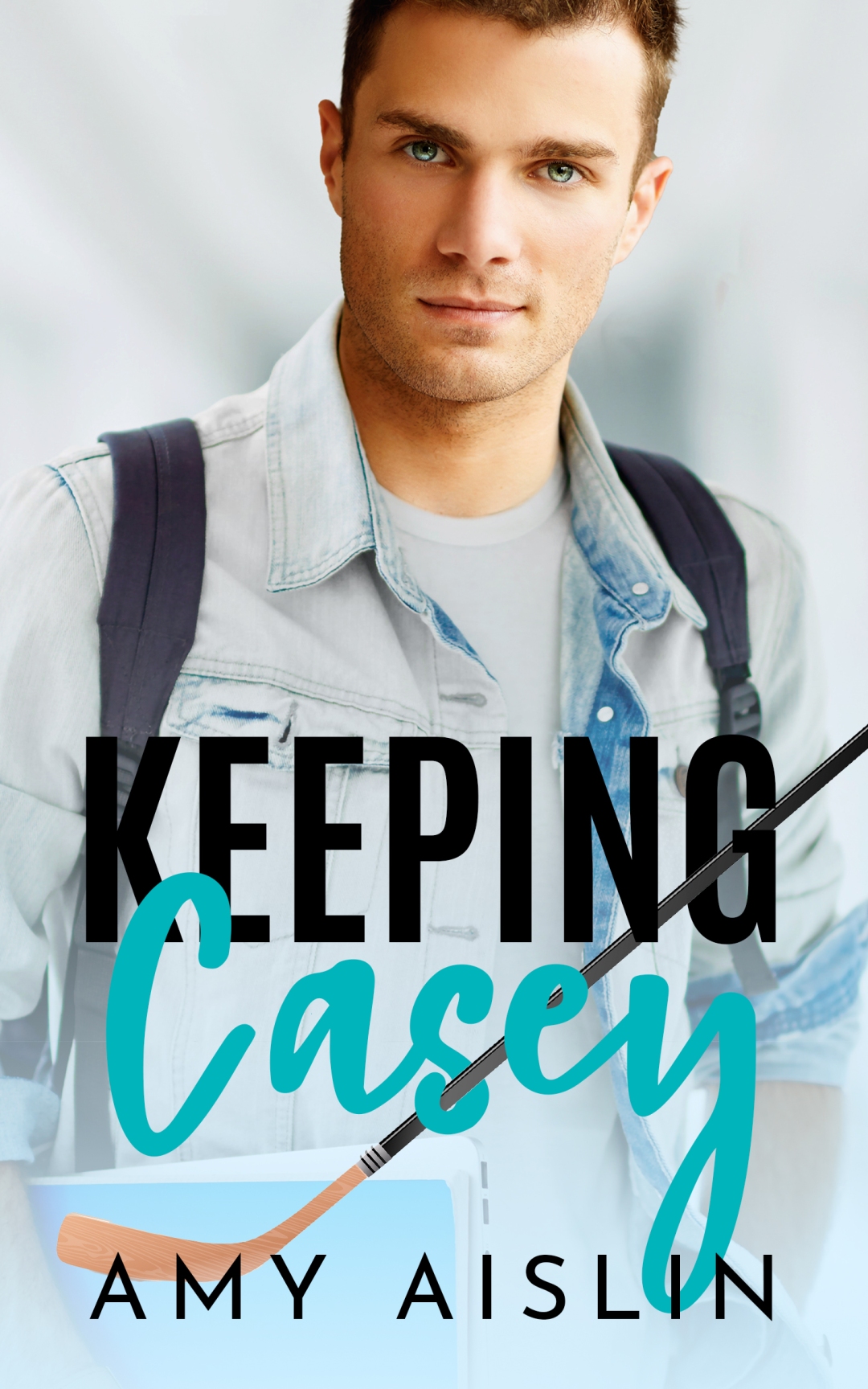 Casey Preston is the guy with the plan. The list-maker. The one who micromanages his own life.

Spontaneously offering to be his best friend’s fake boyfriend to get Ethan’s annoying team captain off his back?

That’s not thinking things through. It’s not even smart given Casey’s been fighting his feelings for Ethan for years.

Ethan Rain just wants to play hockey and get his college degree. Adding a fake boyfriend to the mix? He doesn’t need that complication.

If Casey were his real boyfriend, though? If he got to keep Casey forever? Now we’re talking.

But what if Casey doesn’t want to be kept? 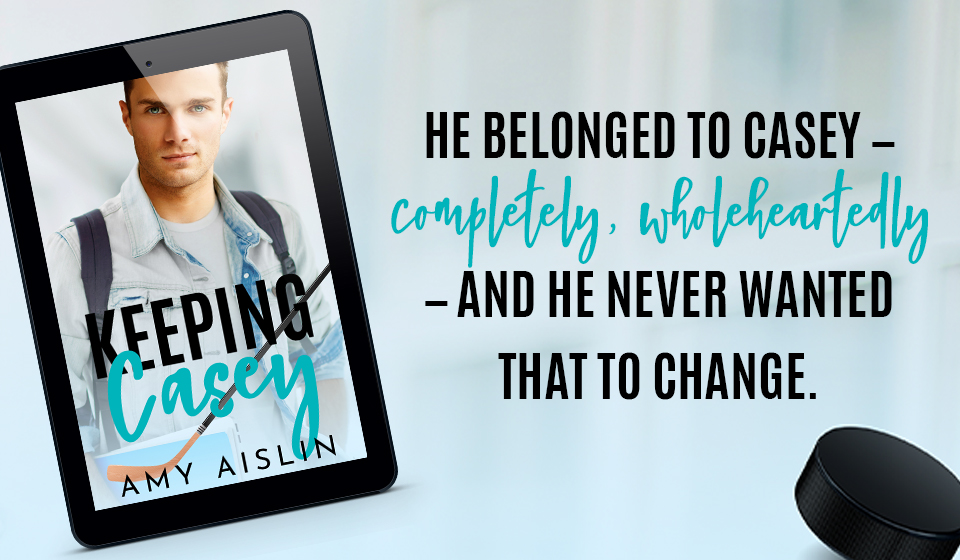 Coach Abshire had given a speech during dinner, followed by one from the director of GH Athletics, both of whom had thanked the donors for their support. Once dessert and coffee had been consumed, servers cleared the tables and the night had evolved into a dance party, and the live band was currently playing a cover of “Shotgun” by George Ezra. There was even a photo booth near the entrance to the ballroom, complete with props. Mitch and Cody were over there now, sorting through feathery boas and plastic glasses the size of Ethan’s arm and sparkly, velvet hats.

Casey, in his own Casey-like way, had made fast friends with them both and was urging them to hurry up from inside the booth.

Whatever it was had made it hard for Ethan to focus on anything else all night. He’d even gone so far as to crowd into Casey when Roman had arrived with Cody. Like a subtle claim.

The song changed. He didn’t recognize it. It was one of those smooth pop songs that you could either jump around to or slow dance to.

Would Casey dance with him if he asked? Maybe if he thought Ethan was asking to put on a show for Britton?

Roman was right—this was the worst idea ever. But calling Casey his boyfriend—even if it was pretend—was further than he ever thought he’d get with him, and he was going to milk it for all it was worth.

Leaving his drink on the nearest table, nerves tap-dancing across his spine, he wove his way through the crowd, avoiding coaches who’d drag him into unwanted conversation, and arrived at the photo booth in time for Casey, Mitch, and Cody to topple out of it. They hovered around the booth, waiting for it to dispense the strip of photos.

Casey, wearing a bright pink feather boa and a pink sequined cowboy hat, peered at him from behind clownish pink sunglasses. “It’s definitely not meant for three full-grown men.” He grinned. “You should’ve joined us.”

Ethan snorted a laugh. “I don’t think that would’ve worked. I do like your outfit, though.” He waved a hand an inch above the boa, making the feathers rustle.

“I chose it with you in mind,” Casey said, tossing one end over his shoulder like an old-fashioned dame. Putting on an air of flirty showgirl, he added, “I know you like a good costume.”

Mitch and Cody stared at them, one with a raised brow, the other with lips pressed together in a way that didn’t hide a smile.

Right. Ethan was here for a reason. He cleared his throat. Shifted on his feet. Gave Casey’s boa a friendly yank. “Do you, uh, want to dance?”

Very briefly, Casey froze. It was for less than a second as he was removing the giant sunglasses, but it was enough for Ethan to question everything he’d ever known—including the fact that Casey liked to dance. He opened his mouth to take back his offer when Casey tossed the sunglasses into the prop box, then the hat. “Sure. But I’m keeping the boa.” 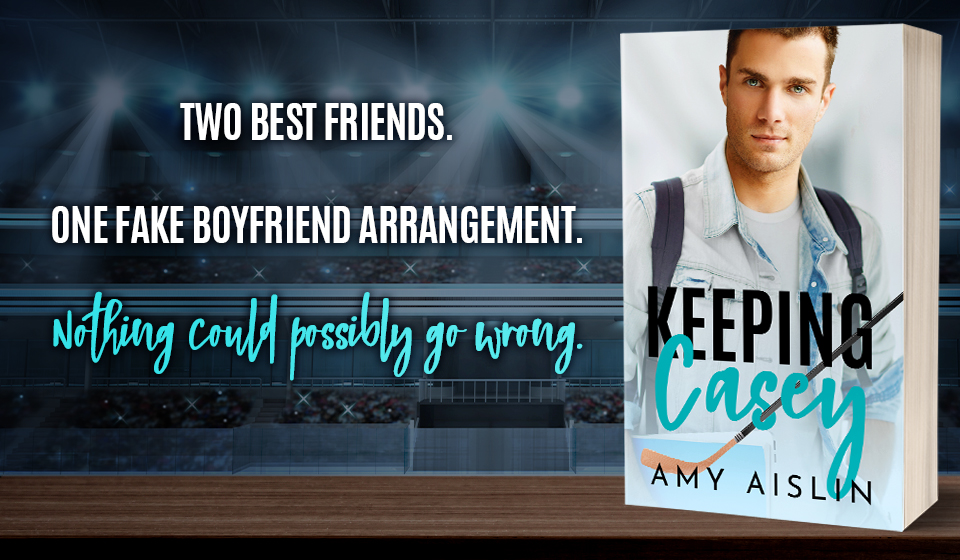 To celebrate the release of Keeping Casey, Amy is giving away a signed copy of Keeping Casey to one lucky winner!
Enter the Rafflecopter giveaway for your chance to win!

Amy’s lived with her head in the clouds since she first picked up a book as a child, and being fluent in two languages means she’s read a lot of books! She first picked up a pen on a rainy day in fourth grade when her class had to stay inside for recess. Tales of treasure hunts with her classmates eventually morphed into love stories between men, and she’s been writing ever since. She writes evenings and weekends—or whenever she isn’t at her full-time day job saving the planet at Canada’s largest environmental non-profit.

An unapologetic introvert, Amy reads too much and socializes too little, with no regrets. She loves connecting with readers. Join her Facebook Group, Amy Aislin’s Readers, to stay up-to-date on upcoming releases and for access to early teasers, find her on Instagram and Twitter, or sign up for her newsletter.