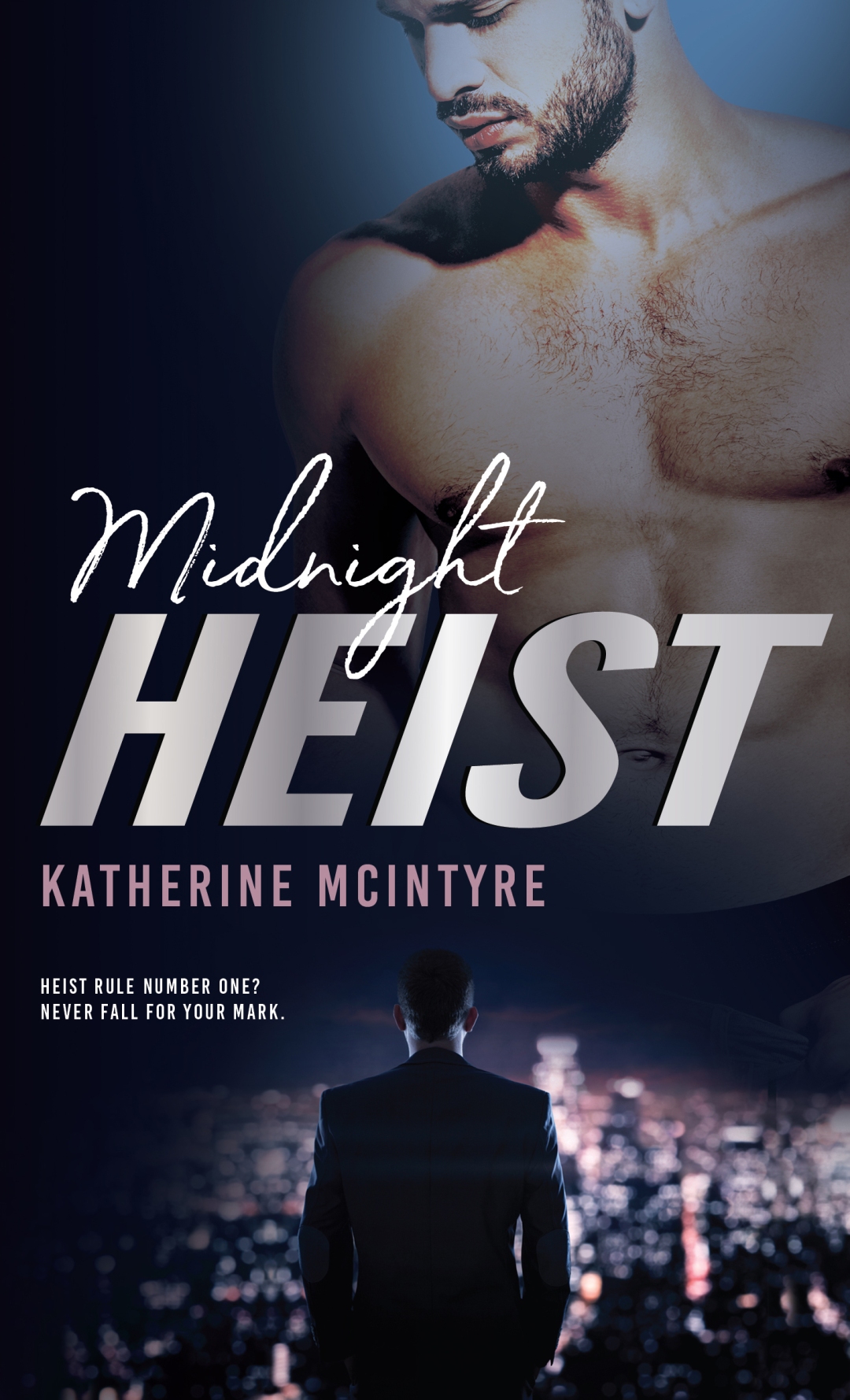 Grif’s always followed the one rule in the high stakes business of heists: never fall for your mark. At least until he meets Danilo Torres…

Grif Blackmore’s team of thieves, the Outlaws, take down wicked corporations and nab fantastic paydays. However, when their latest heist fails, they end up in debt to the mafia, which puts the pressure on for their next job targeting Torres Industries to go off without a hitch.

There’s one problem. The CEO of Torres Industries, Danilo Torres, happens to not only be dead sexy but unaware of his company’s corruption. When the sparks flare between Grif and Danilo, Grif can’t help but fall for his mark.

Grif is left with a decision to make. Is he willing to throw it all away for the man who’s caught his interest or is there a chance to play Robin Hood without losing it all?

A glacial sweat coated his skin, an aftereffect of the nightmares that always haunted his sleep. He glanced up—strange ceiling, not his. He was rolling up and onto his feet by the time he realized he’d never left Dan’s condo. To his relief, the inky hues of night coated all the pristine surfaces of this place. The moon cast her steady beams through the windows, spilling silver like it didn’t cost a cent.

Dan slept on his side. The soft light of the early hours turned his dark lashes even darker and accentuated the curve of those plush lips. Like this, the guy radiated innocence, even after the filthy things they’d gotten up to. Grif had taken plenty of guys to bed before, but few of them were as responsive and intuitive as Dan. The chemistry between them was rare, something that couldn’t be concocted in a lab.

Except, he hadn’t just arrived for an unforgettable night. The Outlaws would take turns gouging him with the contents of their armory if he didn’t root around for some extra intel—and that’s if he didn’t flay himself first. Grif ignored the lurch inside his chest and snagged his clothes from the bedroom floor where he’d dragged them before he and Dan had passed out. Another rule broken, but he hadn’t been able to resist when Dan tugged him into that inviting bed and offered a sweet-as-sin smile.

Grif ran a hand through his hair in an attempt to clear his head. He needed to forget the delicious ache in his muscles from all the exertion they’d gotten up to last night and the nail indents in his thighs from when Dan got enthusiastic. Intel. Right. What he really needed to do was start rummaging through the guy’s stuff before the daylight hours hit.

He skimmed his fingers along the smooth surface of Dan’s desk on the opposite side of the room. Everything from binders tucked in the side shelf to the pens in their proper holder was precise, neat. His skin prickled—he’d been stealing for a long time, but rarely did he feel like a thief. 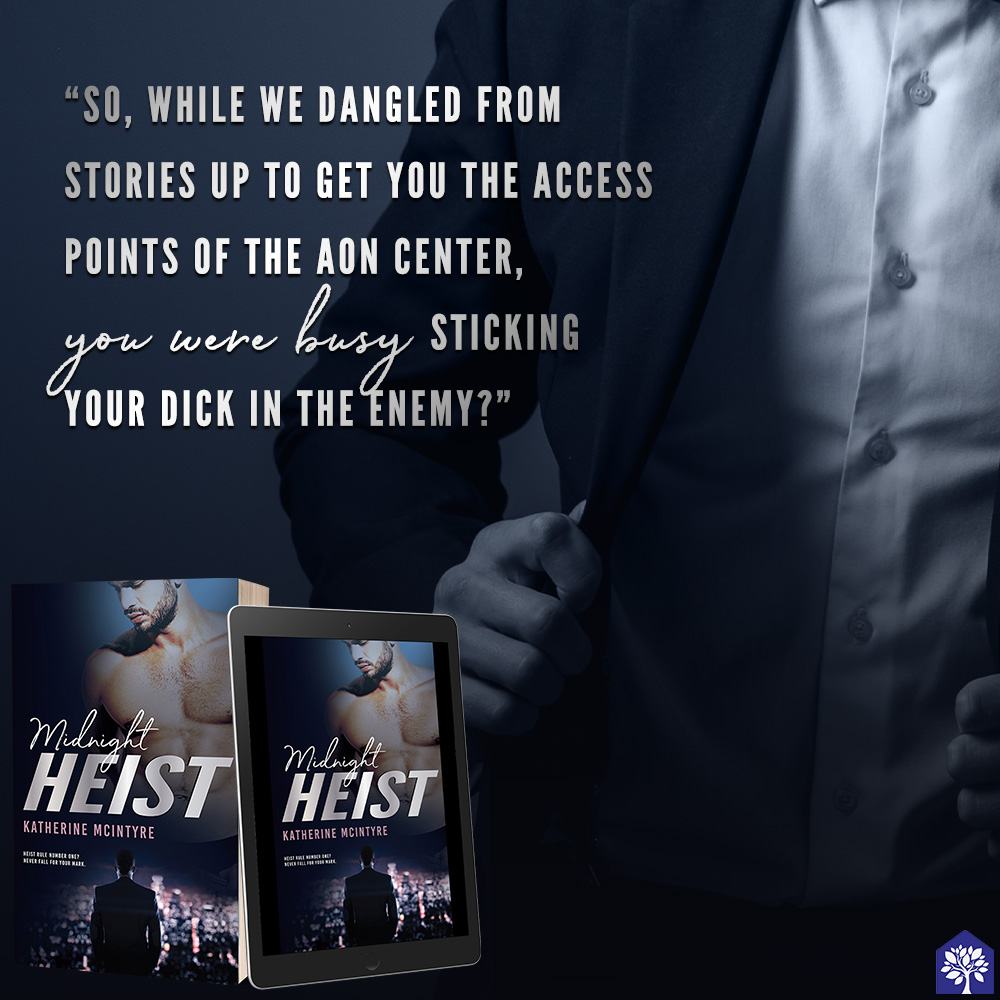 To celebrate the release of Midnight Heist, Katherine is giving away a $10 Amazon Gift Card to one lucky winner!
Enter the Rafflecopter giveaway for your chance to win!

Katherine McIntyre is a feisty chick with a big attitude despite her short stature. She writes stories featuring snarky women, ragtag crews, and men with bad attitudes—high chance for a passionate speech thrown into the mix. As an eternal geek and tomboy who’s always stepped to her own beat, she’s made it her mission to write stories that represent the broad spectrum of people out there, from different cultures and races to all varieties of men and women. Easily distracted by cats and sugar.

Want to be an active part of the ‘making of’ process? Join my FACEBOOK SQUAD

Want to read my books in advance? Join my ARC TEAM

or sign up for my PATREON for exclusive freebie reads and all sorts of awesome perks!