A cruise ship captain with an unbreakable rule. A dancer who tempts him to toss the rulebook overboard…

Will Preston lives by one edict: don’t date staff.

But the new dancer onboard has the silver fox sailing into unchartered waters. Young, sexy, and with a penchant for lipstick and heels, the man pushes all Will’s buttons.

It’s not just the tropical sun that’s heating things up; their chemistry is sizzling.

Will’s been burned before. Can he throw caution to the wind and chart a new course with Eddie by his side? Or will an interfering crew-member steer them into stormy seas?

***Yes, Captain is a stand-alone, steamy age-gap MM romance set on a cruise ship in the South Pacific, with a flirty dancer who loves pole dancing and his shy captain. Yes, Captain was previously published as Dance With Me. This re-release includes over 30,000 words of never-before-seen bonus content. 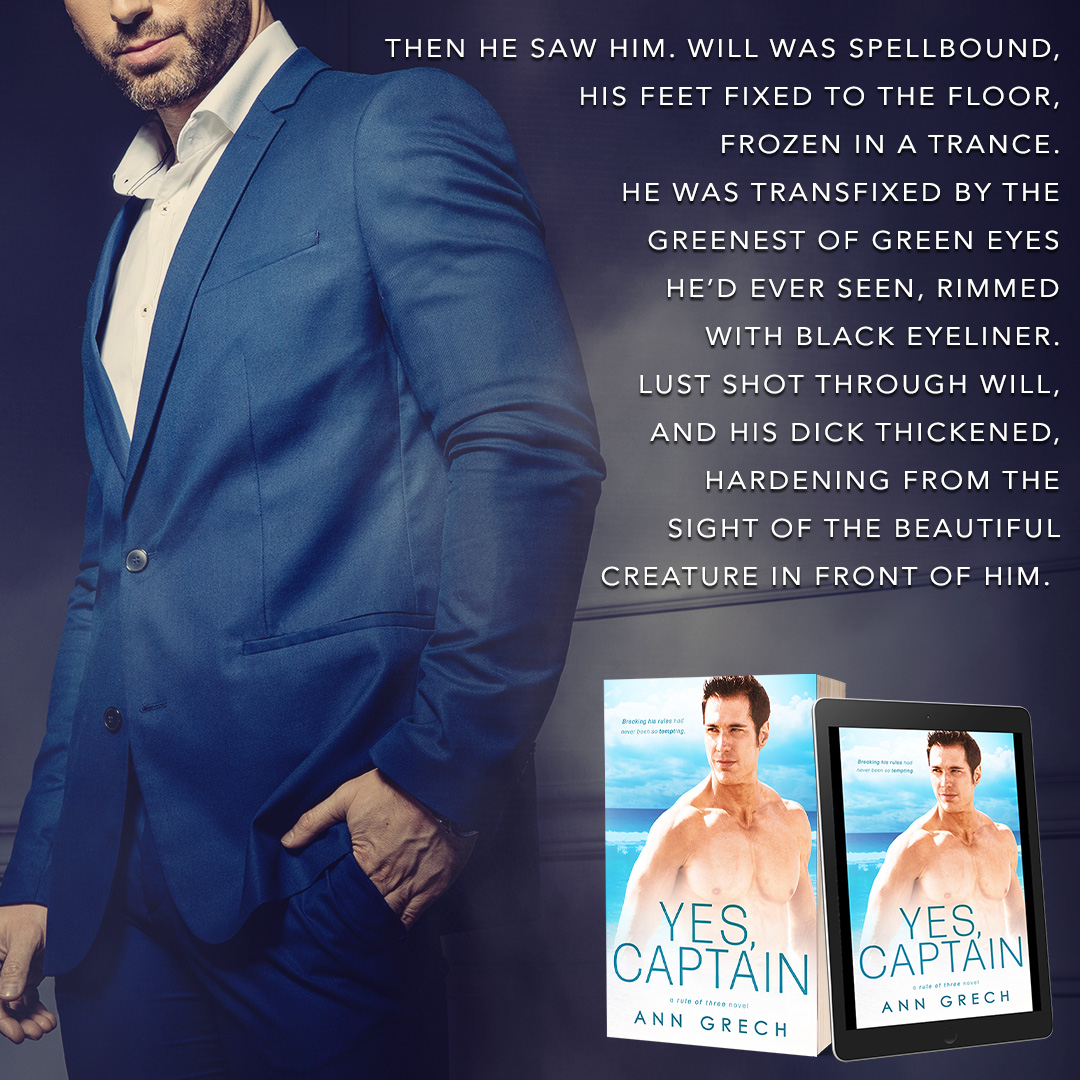 Will swiped his card to gain access to the room at the end of the corridor. The door slid silently open and closed behind him with a whoosh, but any sound would have been drowned out by the deep bass from the sound system reverberating through the studio. Will closed his eyes and let the temptation in Bruno Mars’s voice wind seductively around him. The song “Gorilla” made Will want to get hot and heavy, experience desire again. Raw and hypnotic, the song was pure sex.

Curiosity piqued, Will stepped silently through the neatly organized props and into the warm-up room.

The room as a whole was dim, shadows still dancing in the corners from the stark spotlights pointed at the pole affixed in its centre. A man, if that entirely inadequate description of his perfection could possibly suffice, spun on it. He held his body weight perpendicular to the pole, his arms outstretched and his legs in a split. His toes were pointed, touching the pole on either side of his strong grip. Letting one arm drop, he rolled like he was going to hit the floor, and Will couldn’t help reaching out for him. The speed he moved with was death-defying, but his muscles strained, and it was obvious he was in complete control.

Catching himself at the last moment with a hand to the floor, the man twisted his hips, moving from a side split to a forward one. Toes still pointed, he paused, holding himself there.

Will was spellbound, his feet fixed to the floor, frozen in a trance.

The subject of his fascination dropped down and rolled up to standing, his back bending at an angle Will had no idea was even possible. With one hand still on the pole, he froze, looking at the shadows where Will was still watching. He reached into the back of his training tights, and the music cut off. “Who’s there?” he asked cautiously, his British accent lilting.

“I-I am,” Will stuttered, transfixed by the greenest of green eyes he’d ever seen, rimmed with black eyeliner. Lust shot through Will, and his dick thickened, hardening from the sight of the beautiful creature in front of him.

The desire to drop to his knees, strip the man out of those sexy as sin tights, and lick every inch of his lean frame assailed Will. He wanted to worship the stranger, to touch and tempt him, to taste him. Need shot through Will like a lightning bolt, waking up parts that he restrained when working, like a dog on a tight leash. Will didn’t date when he was on the ocean. He didn’t fuck around, made sure he didn’t even take a second look at another staff member, and certainly not a passenger, but this man made him want to throw caution to the wind.

Just the sight of the beautiful dancer had Will’s palms sweating and his heart thundering. He itched to touch him, want and need warring for domination.

All before Will even knew his name.

The man ran his fingers through his hair, wiping away the sheen of sweat on his brow, and stepped forward. “You wanna step into the light so I can see you, rather than standing in the dark like a creeper?”

Will smiled, the guy’s spunky attitude making him even sexier. Even though it was expected and necessary to ensure the ship ran smoothly, the problem with being the captain was that the staff and crew did exactly what he asked, usually without question. So, having this man, this hottie, speak to Will like he would any other person was refreshing.

The man, Will’s wet dream come true, took a step forward, and Will was drawn to him like a moth to a flame. He mirrored the other man’s actions until Will stood in the light. Their eyes locked, and they moved closer together.

The man’s smooth chest rose and fell, a rivulet of sweat dripping from his clavicle between his pecs and down a perfectly flat stomach. He was shorter than Will, slimmer too—almost to the point of being petite—but Will had seen with his own eyes the strength those wiry muscles held. Dragging his gaze up before he could get past the low waist of those training tights, which he knew would leave nothing to his imagination, Will focussed his attention on the dancer’s lips. They were plump. Totally kissable and shiny like he was wearing gloss. Will wanted to bite down on the bottom one and devour him whole. Did he taste of berries? Or was it some other flavour?

Everything about the man before him was such a damn turn on that Will unconsciously found himself eliminating the gap between them. Who are you? Chest to chest, Will breathed him in as the man sized him up, his gaze lazily trailing a path down Will’s body. Every inch he took in was like a physical caress, lighting Will up.

Breathing deep, Will shivered as the man’s musky scent hit his senses and he barely contained a moan. The man’s eyes snapped up to meet Will’s. Instinctively, Will licked his lips, and those emerald greens darkened in response, a low growl coming from the back of the other man’s throat. Oh God. Will’s breath hitched.

“What’s your name?” Will rasped. 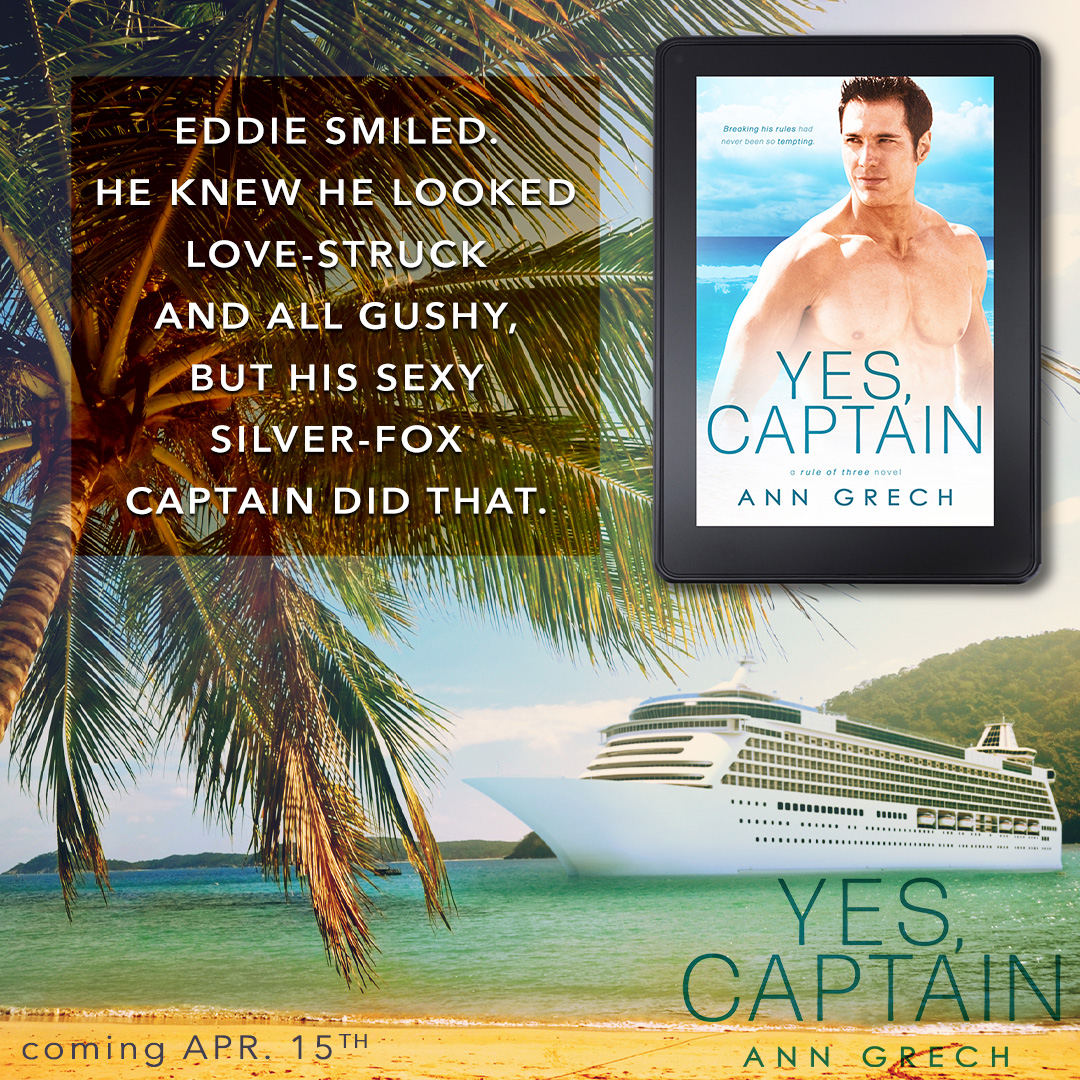 One of Five eARC’s for Yes, Captain 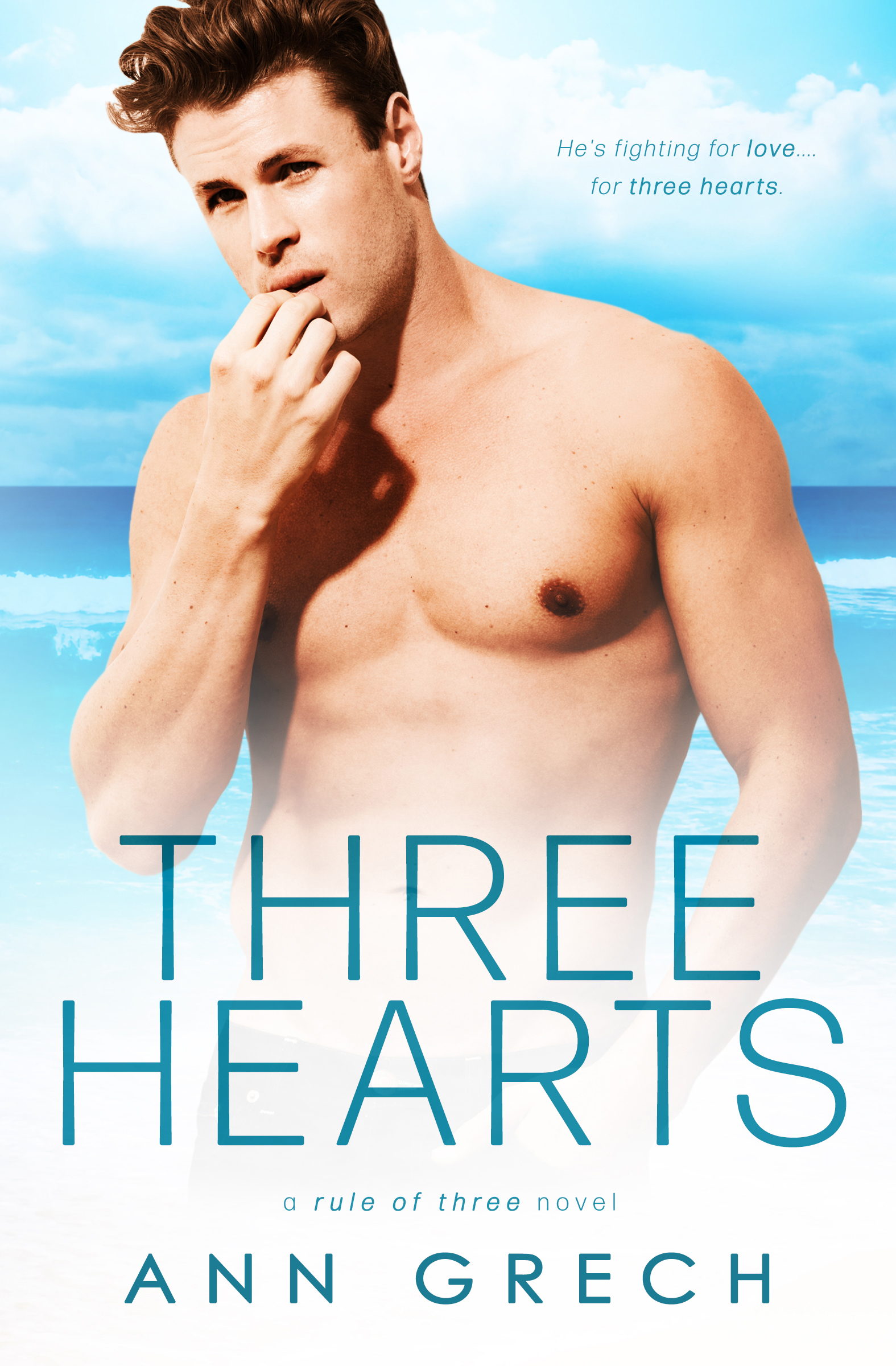 By day Ann Grech lives in the corporate world and can be found sitting behind a desk typing away at reports and papers or lecturing to a room full of students. She graduated with a PhD in 2016 and is now an over-qualified nerd. Glasses, briefcase, high heels and a pencil skirt, she’s got the librarian look nailed too. If only they knew! She swears like a sailor, so that’s got to be a hint. The other one was “the look” from her tattoo artist when she told him that she wanted her kids initials “B” and “J” tattooed on her foot. It took a second to register that it might be a bad idea.

She’s never entirely fit in and loves escaping into a book—whether it’s reading or writing one. But she’s found her tribe now and loves her MM book world family. She dislikes cooking, but loves eating, can’t figure out technology, but is addicted to it, and her guilty pleasure is Byron Bay Cookies. Oh and shoes. And lingerie. And maybe handbags too. Well, if we’re being honest, we’d probably have to add her library too given the state of her credit card every month (what can she say, she’s a bookworm at heart)!

She also publishes her raunchier short stories under her pen name, Olive Hiscock.