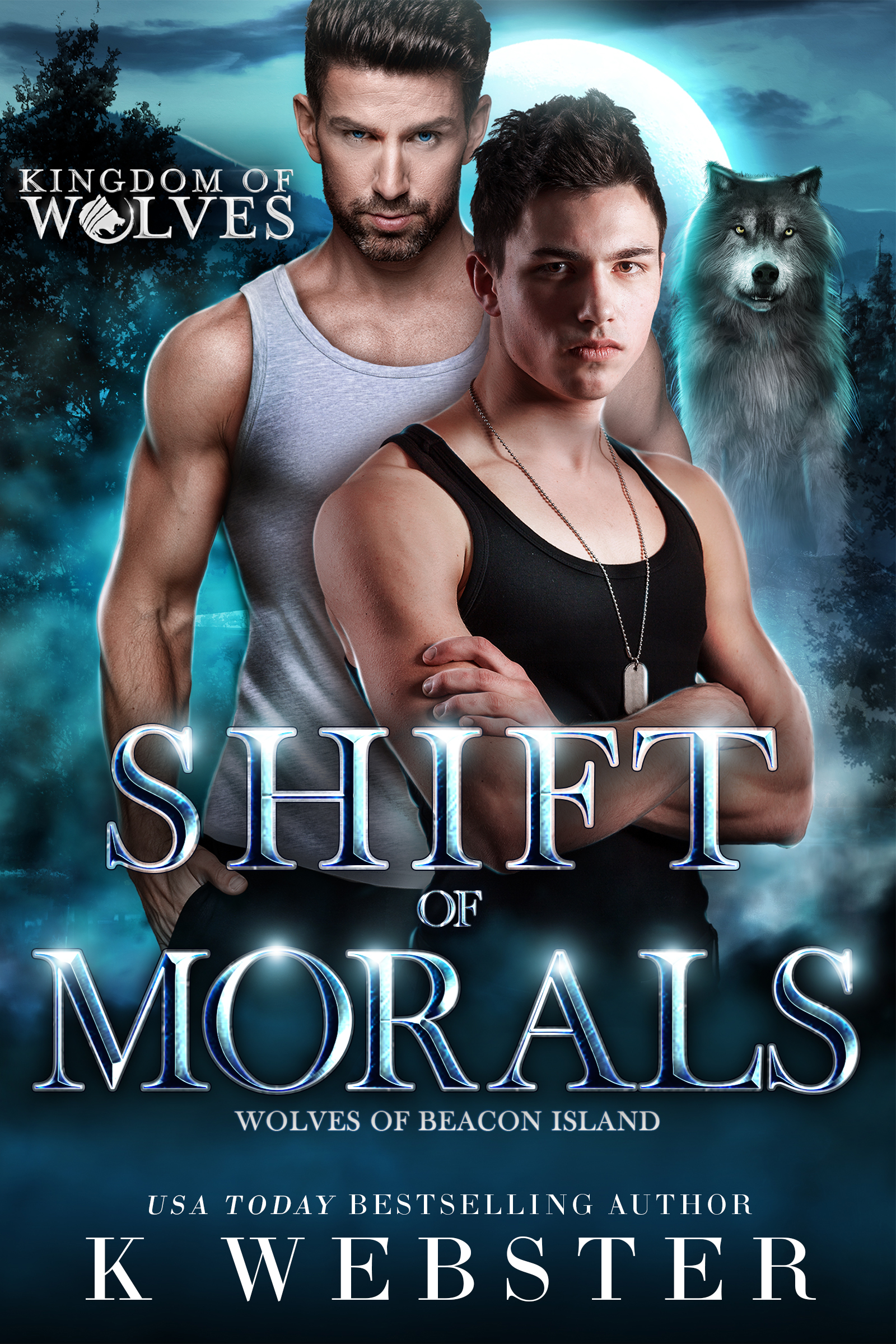 ***This is the fifth book to release in the Kingdom of Wolves collection but is a COMPLETE STANDALONE. It’s meant to be read on its own and is a full story with a happily ever after.***

I found him when he was a boy. Bloody. Mangled. Near death. If I’d been a merciful alpha, I would’ve snapped his neck and ended him right then.

Except, I didn’t. Something in his big brown eyes tugged at my heart strings. I kept him. Healed him. Raised him to be fierce, loyal, and brave.

Now that he’s an adult, everything’s changing. He’s no longer the soft, scared beta I once thought he was. No, there’s an uncontrollable anger inside him. A rage-filled hate I don’t understand.

As a dangerous pack begins tormenting us and destroying our home, I feel him pulling from me as he seeks justice. He thirsts for revenge, even if it means leaving our pack and going solo. But, as his alpha, I won’t let him go without a fight.

Each time he pushes, I pull him right back to me. I’ll keep him locked in my arms or pinned beneath me forever if that’s what it takes to keep him. A shift of morals has begun. One I don’t understand, but certainly don’t resist.

I’m the most powerful wolf on Beacon Island. I don’t have weaknesses. Until now. This wild, reckless young man changed everything when he stole my heart.

This book is a steamy standalone MM age-gap shifter romance. No other books need to be read before or after this one as it is a complete story. 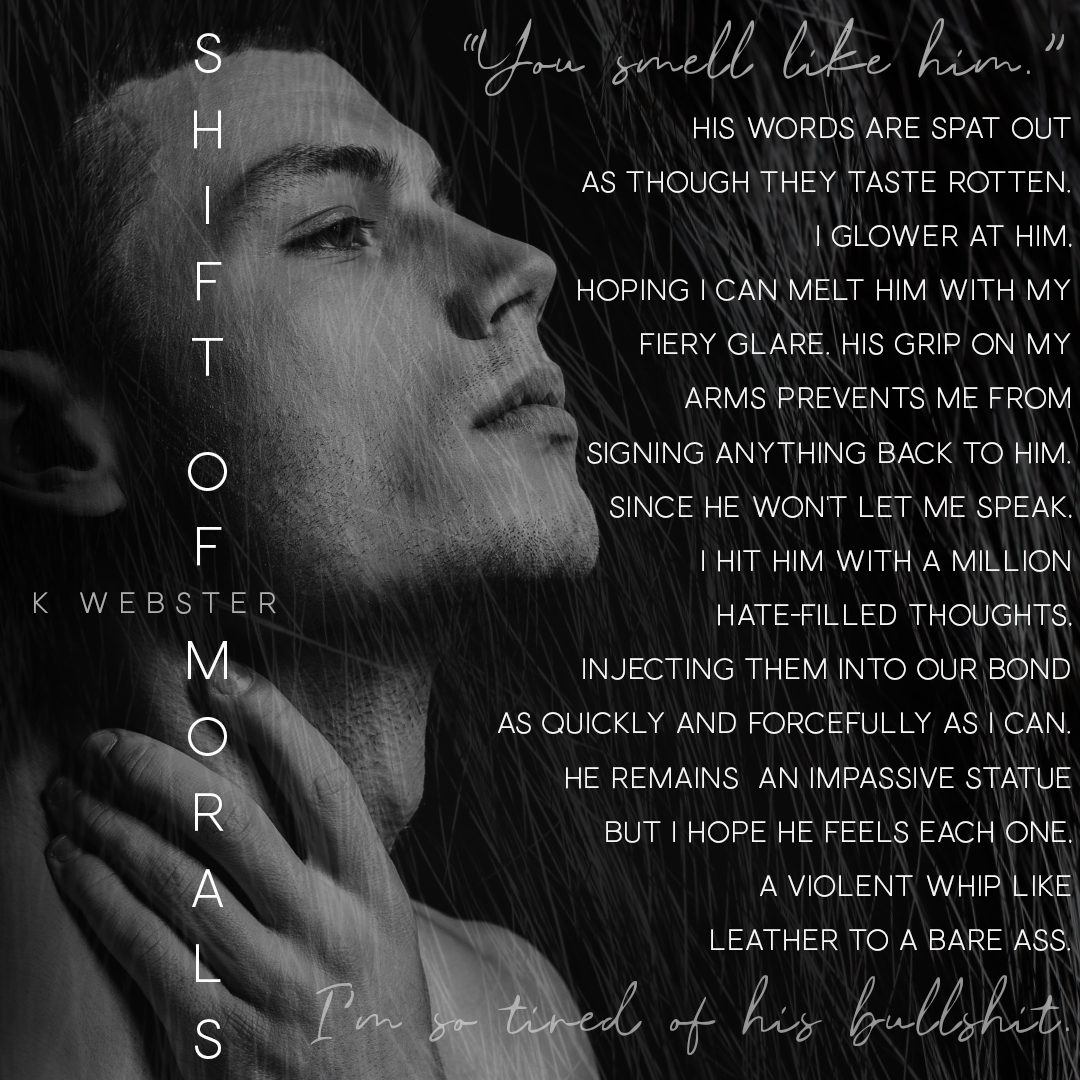 I take off running into the cabin, hot on Cy’s heels. He’s just closing his bedroom door but I stop it with my body, shouldering my way into it. His back is turned toward me so he doesn’t have to hear what I have to say. Well, too damn bad. He’s going to hear it. I step around until I’m in front of him. With furious gestures, I sign to him.             What was that about? “Nothing.” His blazing blue eyes try and affect a look of disinterest, but I’m not fooled. He’s vibrating with anger like I’ve never seen before, which is saying a lot since being pissed off is his favorite mood.             Liar. Cy’s nostrils flare at my signed accusation. Rather than speaking, his massive hands move with sharp, exaggerated jerks as he signs back, He had it coming.             Why? I sign in demand. Why would you beat him up like that? “He doesn’t know when to shut his mouth,” he snaps, his neck muscles tightening with the movement. “I shut it for him.” I’m not about to let him know I can hear their voices because then they’ll really inject themselves into my life even further, but I have to know.             Because of me? He waits a beat after my question and then waves me off as though I’m an annoying child. “I’m going to shower for dinner. Go see Rey.” I shake my head with a fierce movement. Tell me.             Ignoring me, he shoves past me toward the shower, shedding his shirt along the way. A flush of heat burns down my spine, and I shudder at the force of it. I’m annoyed to even notice. It’s Cy, for crying out loud. The same manly, rugged asshole he’s always been. Not attractive. Nope. Reaching out, I swipe out to grab his arm and stop him. My fingers clutch tight, firm muscle. The touch has him exploding. He turns on me, a growl rattling so hard my teeth practically clatter together, and shoves me against the wall. I suck in a sharp gasp of air that smells like pine and sage. His massive hand grips my throat, his thumb pressing into the mottled flesh. “Stop it,” he hisses. “Just stop it.”

To celebrate the release of Shift of Morals, K Webster is giving readers the chance to win 1 of 2 awesome prizes:

K Webster is a USA Today Bestselling author. Her titles have claimed many bestseller tags in numerous categories, are translated in multiple languages, and have been adapted into audiobooks. She lives in “Tornado Alley” with her husband, two children, and her baby dog named Blue. When she’s not writing, she’s reading, drinking copious amounts of coffee, and researching aliens.

Can’t find a certain book? Maybe it’s too hot for Amazon! Don’t worry because titles like Bad Bad Bad, This is War, Baby, The Wild, and Hale can all be found for sale on K’s website in both ebook and paperback format. Website: www.authorkwebster.com