Adrien de Guillory may be the heir to the throne of Staria, but no one in court believes that the submissive, meek-minded prince will ever be king. What they don’t know is that Adrien is hardly the meek, shy creature he pretends to be and that he has his own plans for the future. To see those plans through, Adrien embarks on a journey to Mislia, the land of his mother’s ancestors, to seek an answer to controlling his magic of foresight.

The one thing Adrien’s visions don’t predict is Isiodore de Mortain, his father’s confidante and the subject of Adrien’s long-standing, deeply embarrassing infatuation. Isiodore intercepts Adrien on his way to Mislia. But it’s too late to turn back—the two of them are now stranded on foreign soil, forced to rely on each other in order to get home in one piece. With Isiodore set on keeping Adrien safe and Adrien determined to become the most troublesome prince in Starian history, a storm is brewing over Mislia…one that will surely sweep both of them out into uncharted waters.

Adrien de Guillory, Crown Prince of Staria, stood on the docks of a smuggler’s haven and stared into the dark water swirling under his feet.

“She’s seaworthy,” said the Mislian behind him, shifting under a pile of netting as thick as a lady’s skirts. “All you need to do is whistle the right notes, and she’ll get you there.”

Adrien tore his gaze from the water. A small sailboat bobbed off the side of the dock, its dark gold sail rolled up in an ungainly mass, worn wood sloping to a cabin Adrien could probably fit into if he folded up his legs. There was always so much of Adrien. He tended to spill over the edge of wherever he happened to be, too lanky for polite company but too obvious to disappear.

“What? No. She’s just the boat. We don’t name our ships—it’s bad luck.” The Mislian worked swiftly over the ropes, mending cuts and frayed edges. But her fingers were black as ink, and her movements were jerky, mechanical. Her eyes were too black as well, dark pits without even a sliver of white around the edges, and Adrien wondered if his mother’s ancestors had looked like her, stained by magic.

“It won’t go away if you stare,” the Mislian said. For a smuggler who refused to give Adrien her name, she was remarkably chatty. “Trust me.”

“Aren’t you from Mislia, though?” Adrien asked.

“Yes. And now I’m in Staria,” the Mislian said. “Where your king has people like me killed. This was the preferable option, and that really should be all you need to know.”

“Thanks for the warning,” Adrien said. He shrugged his heavy bag off his shoulder and into the boat, which rocked slightly. The water stirred against the hull, and Adrien winced as he saw a face flicker across it, a boy with black eyes and a heavy robe, blinking hard. Then he was gone, and in his place was a woman with a loom, tearing the threads to pieces. A child in a snow bank, watching the clouds. His father, sitting on his throne with a cloak made of needles, blood rolling over his skin.

Adrien dragged his gaze away. His magic had been getting worse lately. He always saw it in water, glimpses of a future he didn’t always understand, faces in his water glass, dark forests spilling like ink over the surface of his bath. They were even starting to bleed into his dreams, pools of clear water with black-eyed Mislians drifting just beneath, watching him, evading his touch. But here Adrien was, about to sail into a sea of water, endless visions flickering like mirrored glass out of the corner of his eye.

He had to go. He wasn’t much use in Staria, even without the visions. His father’s council ignored him, certain that as soon as another dominant heir was named, Adrien would disappear to a country estate for the rest of his life. No one believed Adrien would ever be king, least of all Adrien himself, but he couldn’t just sit around and wait for his visions to consume him.

Mislia was the only option. His mother’s family came from there, and half of Adrien’s visions had been of a cold, lonely island full of people with slate-black eyes. Something was waiting for him there. Answers, hopefully. A way to make the visions stop.

He climbed into the boat. It rocked under him gently, and he reached up to touch the little mast.

“There’s a water distiller in the cabin,” the Mislian said. “Empty the bottom of it twice a day, and you won’t get sick. Whistle twice to unfurl the sail, three times to get to Mislia. If you want to go back, whistle once.”

Adrien whistled twice, and the ropes on the mast whirled to life, drawing up the golden sail. It startled a laugh out of him, and the Mislian smiled.

“That’s your magic?” he asked. “Are there many Mislians, like you? Sailors?”

“Used to be,” she said. “Not much anymore. The kind of demons who like the sea are forbidden, there.”

Adrien shivered. “You have one. A demon.”

“Sure.” She was still smiling, working on her nets. “Do you want to see? He has an old name, but he goes by Sam now. Hey, Sam. Come out and say hello.”

The Mislian held her hands to her mouth, and Adrien’s flesh crawled as something uncoiled out of it, spilling over her hands and twining around her arm. It was a snake, black as her eyes and horned like a deer, and he raised his head to look at Adrien.

“He says hello,” the Mislian said. “He doesn’t speak out loud. Too small.” Sam whipped his head around to stare at her. “Well, you are,” she said.

“H-Hello, Sam,” Adrien said. “I really should get going.”

“Yeah, probably,” the Mislian said, stroking the snake under the chin. He shook out his antlers and glided up her arm, twisting about in her long, dark hair.

A faint breeze rolled over the docks, and Adrien stared out over the water, which flickered and glittered with patches of color, movement he couldn’t be sure was a vision or just a flash of the sun on a wave.

He whistled three times. The sail groaned as wind twisted around to fill it, and the boat pushed forward before it jerked roughly, still caught on the dock by a rope. The Mislian laughed.

“Wonderful,” Adrien muttered, leaning over the edge to untie the rope. As he did, the Mislian looked up and pushed aside her nets, staring down the docks and past the jagged slope of rock hiding the smuggler’s cove from view. She frowned, and her demon rustled in her hair, hissing faintly.

“Someone’s coming,” she said. “Were you followed?”

Adrien followed her gaze. A figure walked in the shadow of the rocks, broad-shouldered and dressed in the Starian royal uniform. “I thought I wasn’t.”

“Lovely.” The Mislian whispered something to her demon in another language, and the demon slithered back into her mouth, disappearing with the flick of a tail. Her eyes went wide, wider than any human eyes had a right to, and just as the figure at the other end of the dock broke into a run, she dove off the edge and into the dark water

“Wait!” Adrien fumbled with the ropes. “You can’t just leave me here!”

The ropes fell loose, and the wind caught the sail again, slowly dragging the boat through the water. Adrien fell back into the boat, whistling frantically. But the wind remained steady, and the boat trundled along, only a few paces away from the dock, well within reach.

On the dock, the figure burst out of the shadow and into the light of the midday sun, and Adrien grabbed the edge of the boat in horror. 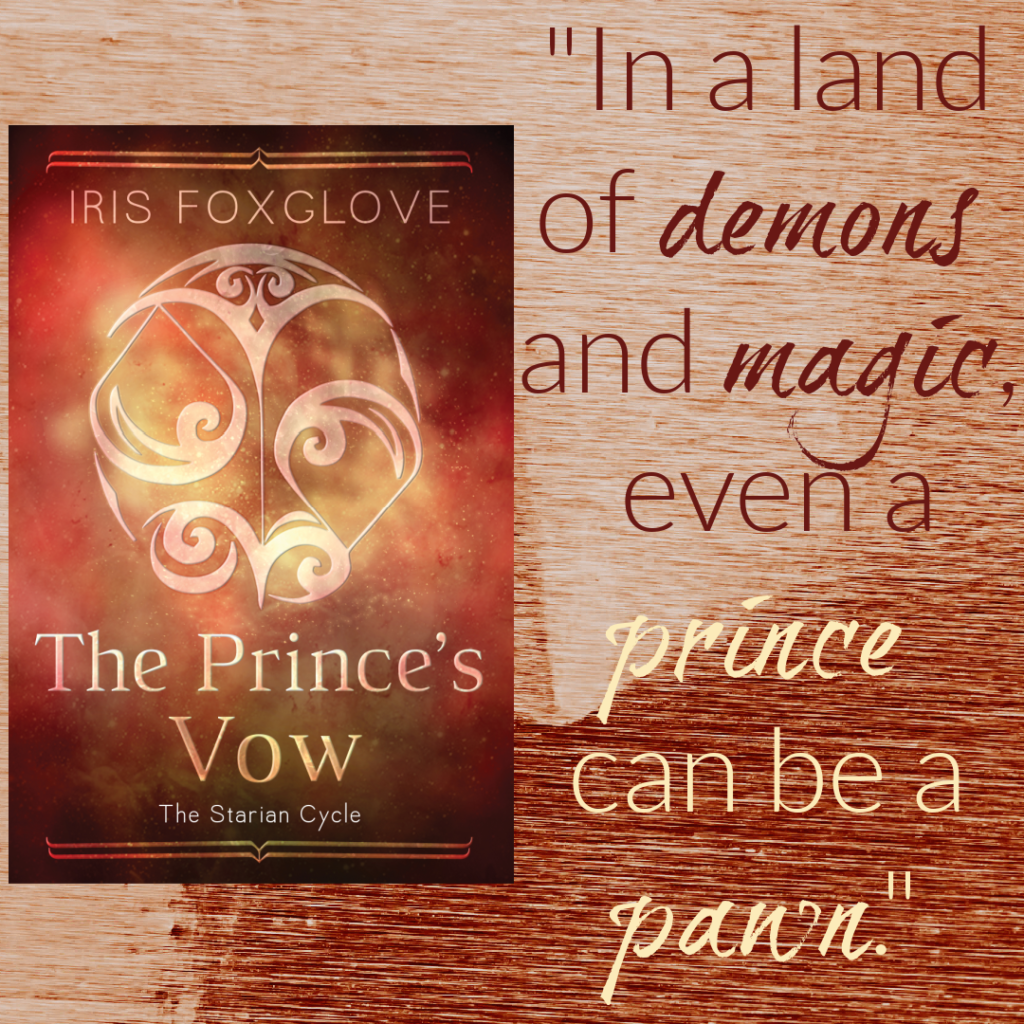