Celebrate Wimbledon Opening Day with the Release of Battle for the Top Out Now!

Whether it’s on or off the tennis court, Knightley is always ready to battle for the top. An explosive confrontation with his nemesis Kingston leads them to take their rivalry to the next level off the court. Can two fierce adversaries turn passion into romance?

Kingston Sabatino throws fuel on my fire like nothing else ever has. Our rivalry is all-consuming since I’m determined to dethrone him and reclaim my rightful place as the number one tennis player in the world. I will beat him, someday.

When I confront Kingston after another devastating loss, the line between my rage and obsession to win begins to blur as I discover there might be another way for me to come out on top. True, I’ve never been attracted to a man before, but the temptation to have him at my mercy matters more to me than his gender. I’m not just willing to make him mine; I want to claim him as mine in every way. Having him give in to me will ultimately be the sweetest victory.

Is it really possible for me to love a man like Kingston while still wanting to be the winner?

I’ll do anything to win Knightley’s heart. That includes becoming the best tennis player in the entire world and defeating him every time we meet. Next, I’ll issue a challenge I know he’ll never be able to resist, even though he’s straight: take his passionate rage out on me in the hottest way possible. That’s how I discover he kisses to win. And I’m not about to let him stop there.

Can I help him see past our rivalry to understand that we’re perfect for each other in every way? Tennis starts with “Love-all,” so let the game begin.

Battle for the Top is a standalone novella featuring a rivals to lovers, bisexual awakening, sports romance. Full of hot banter and sexy fun, this book ends with a satisfying HEA and no cliffhangers. I was unprepared for Kingston’s smirk to turn sensuous. “If I didn’t know any better, I’d think you’re a masochist who gets off on losing to me.”

The claim was preposterous, but it outraged me with the presumptuousness of it. I vibrated with the force of my rage, resenting that everything in my life had become tied up in one infuriating individual who refused to submit to me. “I fucking hate you.”

Kingston arched against me with a sensuous moan. “Yeah? Then hate me harder.”

Confusing as it was, I couldn’t ignore that my body reacted to his gratuitous display. “What?”

“Harder,” he gasped like he was begging me to fuck him. He rocked his hips against mine with another breathy, pleading noise.

My eyes widened when I felt Kingston’s hard length pressing against me. Part of my brain was shocked that maybe Kingston was gay, since I had never heard rumors about him being with a partner of either gender. But the realization of what I had done to him sent a jolt of adrenaline rocketing through my system. Having the power to arouse him opened up new avenues to get even with him. I may have been straight, but the prospect of dominating Kingston fired me up like nothing else ever had.

The thought of having him under me, begging me for pleasure, stoked my lust into a roaring blaze. It was a powerful aphrodisiac, swaying me into questioning the merits of our latest battle taking place with our bodies rather than in a stadium. Even the rational part of my brain was on board with the idea, making the argument that a hole was a hole, and defeating him in bed would provide a new level of satisfaction.

Revealing none of my interest or intentions, I needed to make sure we were on the same page. “Are you offering yourself to me?” When he didn’t answer, I groped his ass and pulled his body flush against mine. It didn’t appall me as I would have expected considering I had only been interested in women in the past. Instead, I flew high on the power trip of knowing I had him at my mercy if he wanted sexual gratification from me.

“I want you to fuck me like you hate me.” He pressed himself against me, allowing him to tug on my earlobe with his teeth.

The action went straight to my dick, which demanded I take the chance to dominate my otherwise unbeatable opponent, sexuality be damned. “I absolutely hate you.”

“Then fuck me like you mean it.” Kingston gave me a cocky smirk before he pulled me down for a harsh kiss.

To celebrate Ariella’s upcoming release, we are giving away One of 3 backlisted eBooks by Ariella Zoelle! Ariella Zoelle previously published as A.F. Zoelle. She adores steamy, funny, swoony romances where couples are allowed to just be happy. That means she writes low angst stories full of heat, humor, and heart. Her vast knowledge of weird, wild, and wonderful randomness colors her writing, meaning her characters have some pretty strange and entertaining interests.

There are even rumors that she’s a time management wizard who uses her magic powers to create enough free time to turn her massive horde of plot bunnies into sassy M/M romance novels. Her next feat will be turning herself into a full-time author. 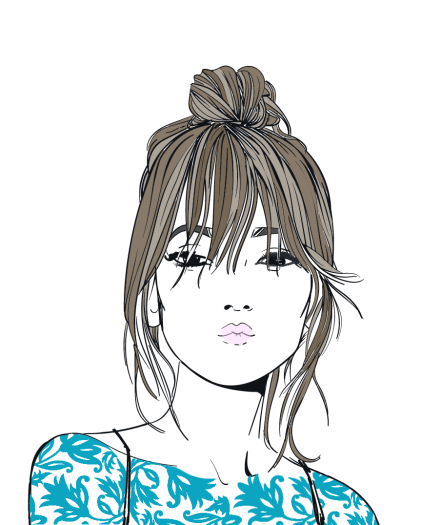