After a summer that was nothing like he’d planned, teenage secret agent Theo Reese is back to school and to work with Tactical Operational Support’s IT department. His world turns upside down arriving home from hockey practice to a major security breach.

On the run, he soon discovers the TOS network is down and he’s cut off.

As he uses his unique skills to find out what’s happened, Theo discovers the evil agency Blackbird is responsible. A nemesis from Theo’s first field mission is out for him and will stop at nothing to force Theo to help Blackbird realize their goal of taking global control of the internet.

Getting help from some unexpected sources, Theo must stop the internet takeover while trying to keep those closest to him safe.

Buy Direct from Jeff (& save)! I slept in short bursts and felt terrible as I attempted to force my tired eyes to focus as a dull throb pulsed across the back of my head.

The buzz went off again, and I recognized the pattern as Mitch’s. A glance at my watch showed he was texting and that it was six thirty. He’d be on his way to pick me up—if he wasn’t already there.

I should’ve told him last night not to pick me up.

I propped myself against the headboard and grabbed my phone from the nightstand.

Are you all right? I just drove by your house and there’s three black SUVs there and a scary-looking dude outside the front door. I’m around the corner if you want me to pick you up. Let me know.

Who was at the house? It sounded like more than the regular police. Was TOS looking for me? Had Mom sent them? Or was it whoever had been in the house yesterday?

I pulled my legs to my chest and held them to me while I dropped my head onto my knees. I didn’t know what to do.

Another buzz from Mitch.

You’re freaking me out. Text me back.

What could I tell him, so he wouldn’t worry?

Staring at the screen didn’t help.

Unlocking the phone with my thumb, I stared at the messages. He’d know I’d seen them.

I typed: Sorry. Should’ve texted. John’s meeting some people for Mom and Dad. I left early. Catch you at school.

I sent it and almost immediately the three dots appeared as he typed. In a few seconds the response arrived.

Mitch knew the basic cover for my parents with the FBI and Homeland Security jobs and that John worked with them.

Of course, this would only satisfy Mitch until he got to school and discovered I wasn’t there. Eventually news about John would get out, unless somebody was already keeping that quiet. That had to be why so many people were at the house.

Maybe TOS had mobilized without the network. A quick look in the corner of the phone screen showed that the network icon wasn’t present. Maybe I could find Lorenzo now or…. I still didn’t know what the or could be. 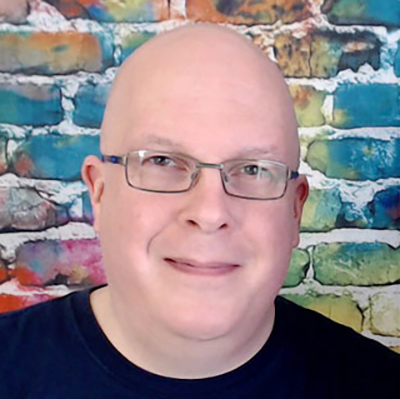 Jeff Adams has written stories since he was in middle school and became a published author in 2009 when his first short stories were published. He writes both gay romance and LGBTQ young adult fiction…and there’s usually a hockey player at the center of the story.

Jeff lives in northern California with his husband of more than twenty years, Will Knauss. Some of his favorite things include the musicals “Rent” and “[title of show],” the Detroit Red Wings and Pittsburgh Penguins hockey teams, and the reality TV competition “So You Think You Can Dance.” He also loves to read, but there isn’t enough space to list out his favorite books.

Jeff is the co-host of the “Big Gay Fiction Podcast,” a weekly show devoted to gay romance as well as pop culture. New episodes come out every Monday at BigGayFictionPodcast.com.

You can find out more about Jeff’s books at JeffAdamsWrites.com