It is a standalone story. There are 18 books in the series, all by different authors.

They are part of Sarina Bowen’s True North World. This is the LGBTQ line called Vino and Veritas. 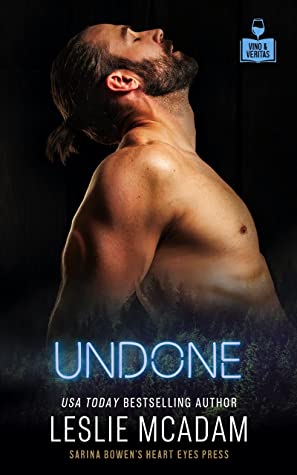 He makes me come undone

My new roommate has the worst taste in men.

I mean, Murph’s special. He’s funny and flamboyant and full of life.

While I’m straight, even I can tell these guys aren’t good enough for him.

I had to yell at one date, toss another one out the door, and throw a beer in another’s face.

Kind of embarrassing, really. I don’t know what’s gotten into me.

I ask my sister what’s wrong with me and she says I’m jealous.

Only thing is, I hate the thought of Murph kissing any guy. Ever.

Undone is a contemporary m/m romance about a dreamy insurance agent that might not be as straight as he thinks, an adorable bartender who adds sparkle wherever he goes, and maybe one or two jokes about swords.

A few hours later, all my things are in the room. We centered the rug on the floor, and it lies under a bed that we’re almost done assembling.

Currently, Jason’s sprawled on my floor mechanic-style as he screws the sideboards to the headboard. I’m holding the two pieces together for him like I’m at a perfume counter handing out samples.

While all I want to do is straddle him. I mean, he’s just lying there on his back, waiting to be ridden.

Down, boy, I scold myself, and adjust my jeans.

In addition to a library’s worth of books, Jason helped haul up the mattress and the dresser. Navigating the stairs with the box spring turned out to be tricky, but we managed not to punch a hole in it or the walls, so I count that as a win.

Plus, I got to see his biceps flex. Bonus.

“I’m normally not this much of a wuss,” I say, as I hold the pieces together while he uses the drill. “I, you know, lift weights and stuff.”

I expect him to tell me he doesn’t take men out, but instead he asks, “How were you going to move all this in without me?” With a big hand, he gestures to everything piled in my new room.

My first thought is that I never want to do anything without him ever again. But that might be coming on a tad strong, especially since he’s my landlord.

Like that’s the only reason not to flirt with him. I might as well flirt with a mirror—then at least I’d know I was talking to a gay boy.

I shrug. “I suppose I’m like Blanche DuBois in A Streetcar Named Desire. ‘I’ve always depended on the kindness of strangers.’”

His voice drops an octave and gets even gruffer. I had no idea that was possible. “My pleasure. I’m happy to help.” He sits up and dusts his hands off. “All done. Now you’ve got a place to sleep.”

“Or do other things.”

Shit. I said that out loud. In a singsong voice.

Jason only smiles and gazes at me like I’m some fascinating specimen. Like he doesn’t know what to do with me.

It’s an almost indulgent look, and it makes me really happy.

“Am I keeping you from something? Work?” A girlfriend? Yeah, I’m fishing and deflecting. Two of my many talents that involve my tongue.

But I don’t want the confirmation about women. Not yet. Let me have at least one day of fantasy.

“No.” He starts tugging the box spring onto the bed frame. I guess I should help instead of standing here watching his back muscles tango under his shirt. Together we maneuver the box spring into place and set the mattress on top. “Took the afternoon off to help my new roommate move in.”

“I’m gonna tell your sister you played hooky. She said you work too much.”

He closes his eyes and smiles like he’s going to throttle her the next time he sees her. “She’s always on me about that. I’m fine. But no, I’m not working for the rest of the day.”

“And you’ve spent your day off helping me move. Thank you.”

I like the way he says that. So many people say, “No problem,” but that implies that whatever you thanked them for could be a problem.

Being Jason’s pleasure, though? 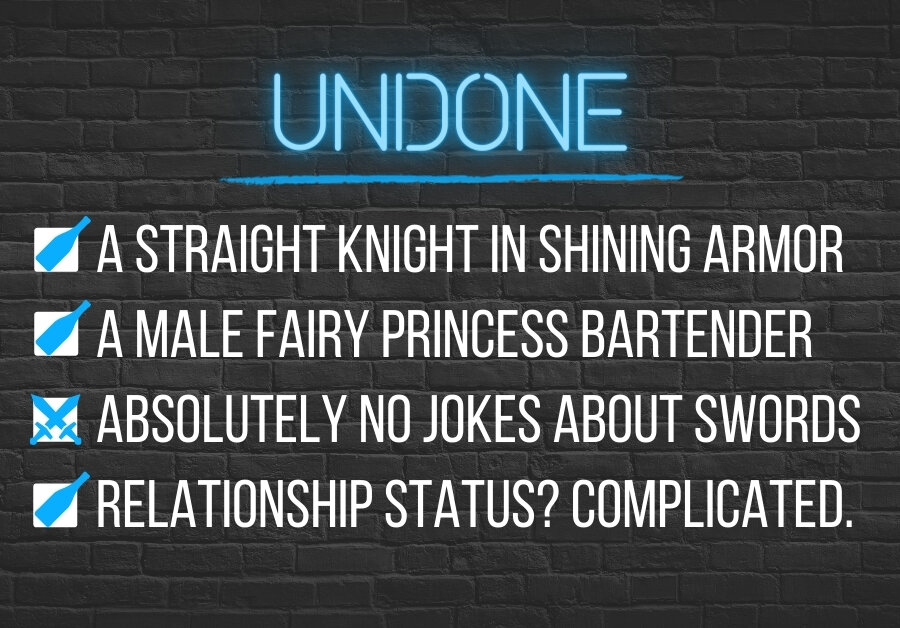 USA Today bestselling author Leslie McAdam is a California girl who loves romance and well-defined abs. She lives in a drafty old farmhouse on a small orange tree farm in Southern California with her husband and two small children. Leslie’s first published book, The Sun and the Moon, won a 2015 Watty, which is the world’s largest online writing competition. She’s gone on to receive additional literary awards and has been featured in multiple publications, including Cosmopolitan.com. Her books have been Top 100 Bestsellers on both Amazon and Apple Books. Leslie is employed by day but spends her nights writing about the men of your fantasies.