In this short story collection, join this ragtag cast of loveable characters on their journeys to finding their happily-ever-afters.

A World in Blue
Oliver writes about the happily-ever-afters he doesn’t believe in. Blue wants to prove to him they do exist, if only he chooses to turn the page.

When Skies are Grey
Eli thinks he’s notorious for ruining everything he touches—food, plants, and especially relationships. But then he meets Grey, the person his best friends swear will be the one to show him how to grow in more ways than one and learn how to love again.

The Rainbow Connection
The path to happily-ever-after starts here.

He’s an absolute fucking mess. He’s eighteen, he’s just been offered a writing deal with a publishing company, and his mother’s just committed suicide. Oliver should’ve seen it coming—the suicide, not the publishing offer. There were signs and clues so obvious, like fireworks on holidays. So why hadn’t he seen them? Why didn’t he know until he walked into his flat to tell his mother of his incredible news? Instead he found her face-first into the carpet with pills scattered across the floor like broken glass. Or bullet shells. That’s what they were. The silent bullet shells of an imaginary gun she’d held to her temple for a very long time. Yet Oliver never saw that coming. It was too late.

Now he would never know what she really thought of his big dreams to become a writer. For over a year he’d worked on this story, this stupid bullshit story of a young mum and her son and of their lives as nomads. Never staying in one spot for longer than a moment’s breath. How they end up meeting a man and his daughter who cause the mum’s world to stop and make her want to settle down and stay for a while.

He always thought this story would become something. He had a feeling his mum would love it. That maybe she’d realize the mother figure was based off of her, how she’d felt about his father before he died. But now thinking of that just reminds him she’s dead, that both his parents are dead—his father from a car accident when he was four and his mother because she voluntarily left the world. She voluntarily left him behind.

He sits on a couch in a flat that no longer feels like home. Just a grave to his old, happy life. This apartment would be empty soon, no doubt, becoming a home to a family of four, a happy family. A whole one. In his lap, Oliver holds a contract that can change his life. But what is a life without your mother? What is the point of doing something that can make him happy, if she won’t be here to see him succeed and embark on the journey with him? He can’t. He won’t. Not at this moment. Not ever, probably. The contract goes in the trash. The manuscript, burned in the dumpster under the bridge. His dreams, shot down by the silent bullets fired by his mother.

He’s sitting in an office far too big for one person. A person who holds so much power, begging him to reconsider.

“You could be something, Oliver. This…” The man in a suit holds out a reprinted manuscript. He smells of cheap cologne that makes Oliver’s nose burn. The contract is burning a hole in Oliver’s hands. “This is the start of something big.”

The man has a menacing grin on his face, tempting Oliver with all the right words, and all the “what if you didnt’s” that come with them. If his mum were here, she’d see that and tell him to see past the fake faces and realize how bad this idea is. She’d help him know right from wrong. But she’s not here. She’s dead. So Oliver goes into it blind, innocent, a pawn in their game. Alone. He does this alone.

He signs a contract; his writing becomes part of a company’s work, signed into a five-book deal he doesn’t really want to be in. He’s stuck writing about things he doesn’t want to write about for the sake of a dollar. He’s unhappy. Oliver is so unhappy. A pseudonym was never an option the publisher gave to him, so it’s his name on the line. It’s not his face, though. The company wants the market to believe Oliver James is an older man, not just an eighteen-year-old boy who happens to understand grammar and language and enough of the “truth” about the world to write a book. Who would ever believe an eighteen-year-old could hold the capacity of telling a story this deep? So they replace his face with a man much older than he is and make people believe it’s actually Oliver’s face. People can be so gullible.

If he’s honest, the money from his work isn’t much. It’s much less than they originally offered and definitely more beneficial for the company than Oliver. But he can’t complain. It’s enough for small groceries and rent money for the shitty one-bedroom he found online, and he isn’t contractually allowed to argue the unfair payment anyway. He knows this is not the kind of writer he wants to be, writing for an older age group about things he’s spewing off the top of his head to quiet the company and get them off his back.

It takes him only a year to push out five semidecent books, enough to keep the company happy before Oliver has saved up enough to keep himself afloat for a while. He exits the contract with no credit to his novels, no ties to the money that will come from them as they continue to be published. He’s okay with that simply because it means he’s free. It means he will never have to write another word of that garbage again. He can move on from the horror show of his eighteenth year, grow from it, and learn what it is to let go. 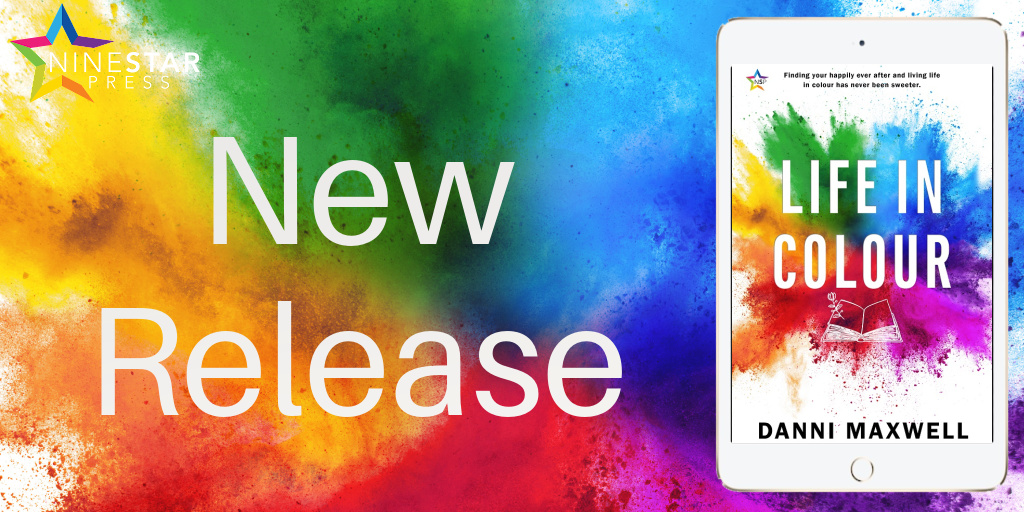 Danni Maxwell has been writing stories for as long as she can remember. Born and raised in Ontario, Canada, she is studying to be a library technician. Her favourite genres to write include contemporary romance, LGBT+ stories, and poetry. When she’s not writing, you can find her reading or crocheting up a storm.