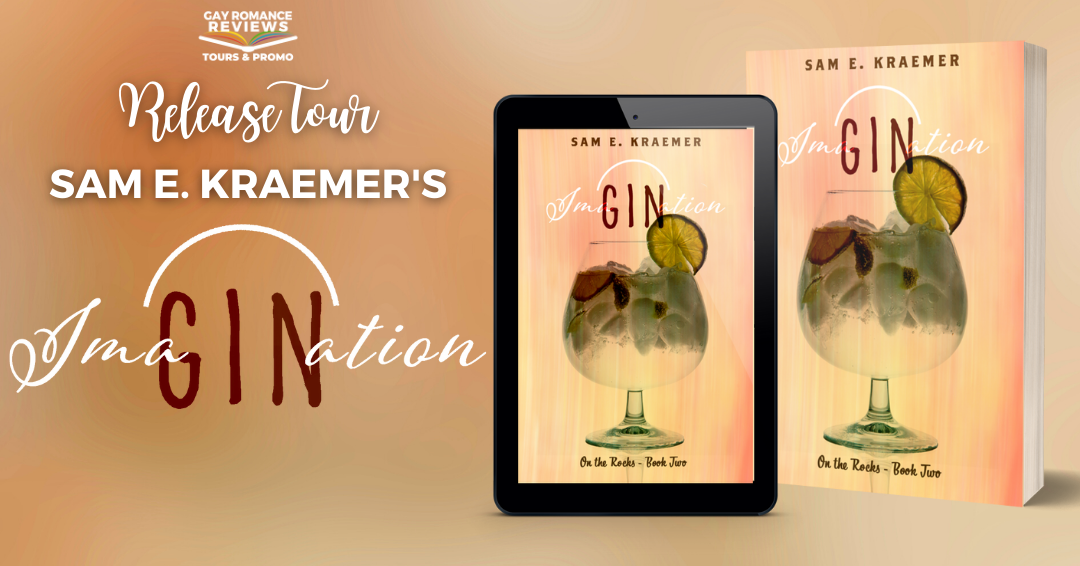 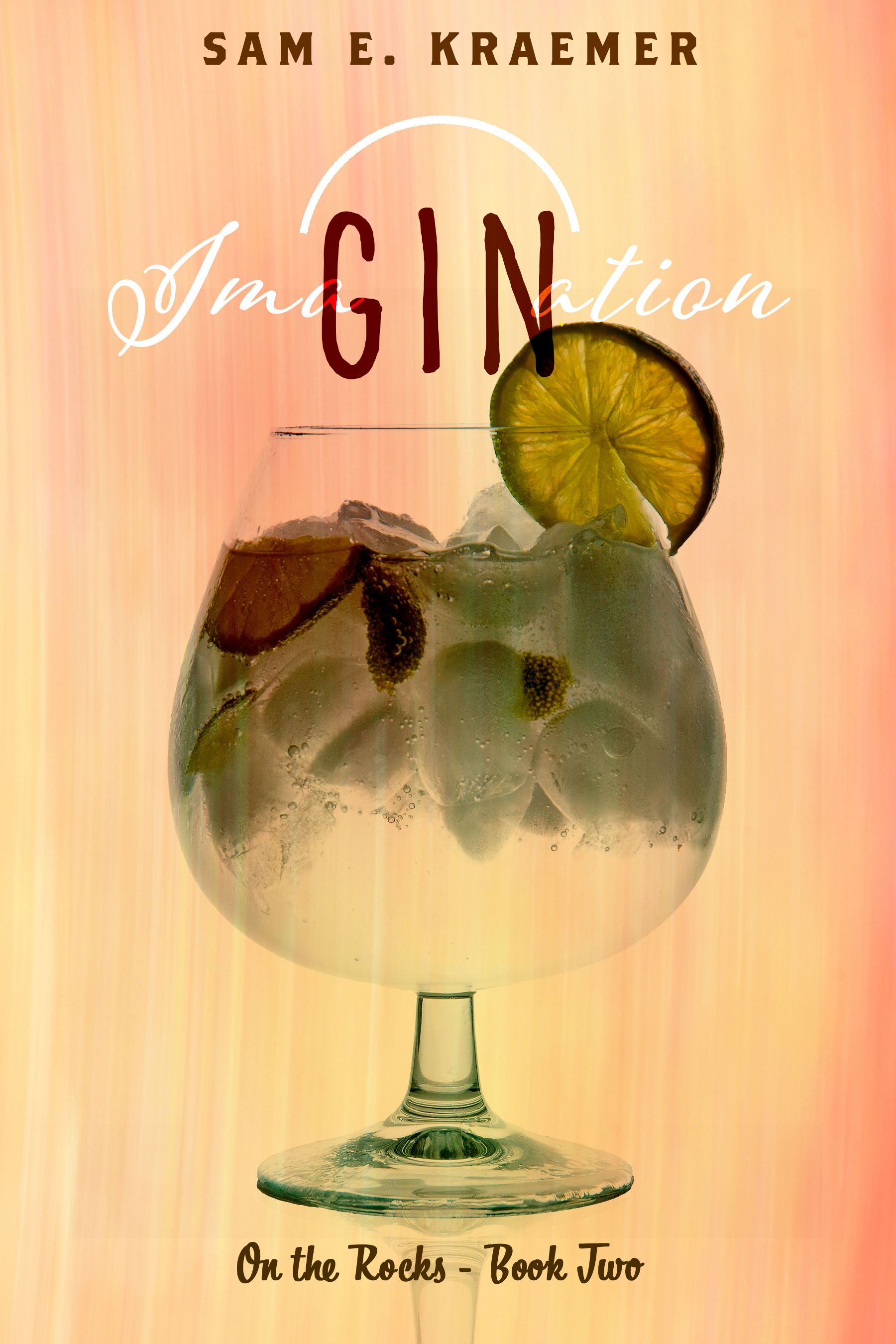 On The Rocks, Book 2

Can an architect and a bar owner build a strong relationship? Not without a strong foundation and ImaGINation!

Leo Anderson is about as confused as a guy of twenty-eight can be. All his life he’s been denying a part of himself, and now, with the appearance of a dashing architect in Leo’s simple life as a bar and restaurant owner, that side of him—the side that is attracted to men—comes exploding from the closet like a battering ram.

Cameron March, a forty-something architect, discovers his attraction to men and women—after he’s married with a family. Being a responsible father, he buries those feelings deep inside himself for the sake of his two sons until one-day, his wife decides she’s done with the marriage… nearly fifteen years later.

When Leo contacts Cam about expanding On the Rocks, the beach bar Leo owns with his singer-brother and best friend, Cameron’s immediately attracted to the barman—and the timing couldn’t be worse. Cam’s divorce is final, but he’s still fighting his ex-wife to keep her from taking his younger son to live in the Pacific Northwest where she wants to begin her new life.

How can Cam and Leo explore the possibility of a relationship without Cam losing his son?

It’ll take a lot of ImaGINation… 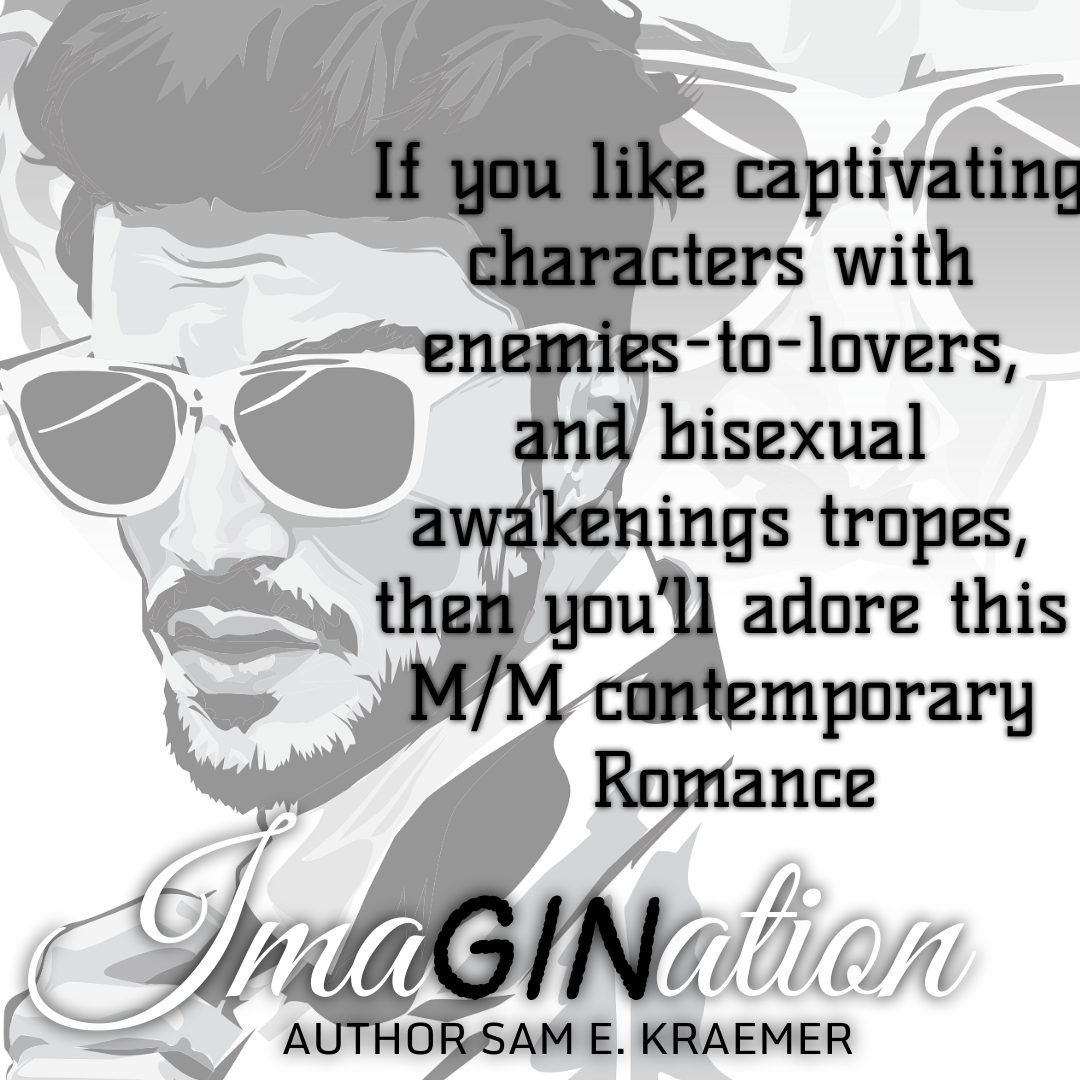 The stomping upstairs was giving me one hell of a headache. “Any idea what that’s about?” I asked Naomi. She was a wonderful woman of sixty-two who had been with me since Jess and I split four years earlier. She came in once a week to clean our home and do laundry. With Grayson off to college, I was sure it was a chore when he came home with a bag full of his dirty stuff from school, but Naomi never complained about any of it.

“Most likely girl trouble, Mr. March. I had the same thing with my Davey before he finally settled down. They don’t call it the Terrible Teens for no reason,” Naomi stated. I’d never heard it called that, but she was definitely spot on. I wrote her a check for the week and escorted her to the door, thanking her for all her hard work. I then returned to the kitchen to attend to dinner for the three of us. The stomping from upstairs, however, was even worse.

“Grayson!” I yelled after my oldest son. He’d rushed upstairs to take a call as Naomi was finishing up, and I had no idea who he was talking to or what had apparently pissed him off. His tantrum needed to stop.

I’d had the worst fucking day in recent memory, and I just wanted to sit down with some of my brother’s gin and some tonic. I wanted to turn on some good music and try to figure out what the hell had caused Leo Anderson to get so angry at me, but I had two growing boys who ate me out of house and home on the weekends, and I was already late getting dinner started.

Last week when Leo had dropped by my office in Brownsville, I’d just hung up the phone with my ex-wife, and I was in a shitty mood. When I saw Leo standing by my assistant Nichele’s desk, my heart beat a little faster, but then I remembered where I was and who was there with me—my son, Grayson, home for the weekend.

His roommate had dropped him off at the office after lunch, and he was in the conference room across from Nichele’s desk doing homework—or so he claimed. The last thing I needed was for my son to see a hot young guy dropping by to talk to me… and me smiling about it like the cat that got the cream.

Grayson had interned at my office all summer before he’d started college at Texas A&M on a basketball scholarship, and I didn’t want word getting back to my ex-wife, Jessica, that I was interested in a guy—especially someone as young as Leo.

I’d panicked that day, and I’d hurt Leo’s feelings. I’d gone to On the Rocks on South Padre Island a few days later to talk to him, but he’d barely spoken to me before he’d stormed out of the restaurant, leaving me to discuss the expansion with Tanner, one of his partners.

Tanner Bledsoe was a truly nice guy, but I’d been looking forward to working with Leo and getting to know him better. Unfortunately, I’d totally fucked it up to the point I doubted he’d ever speak to me again. 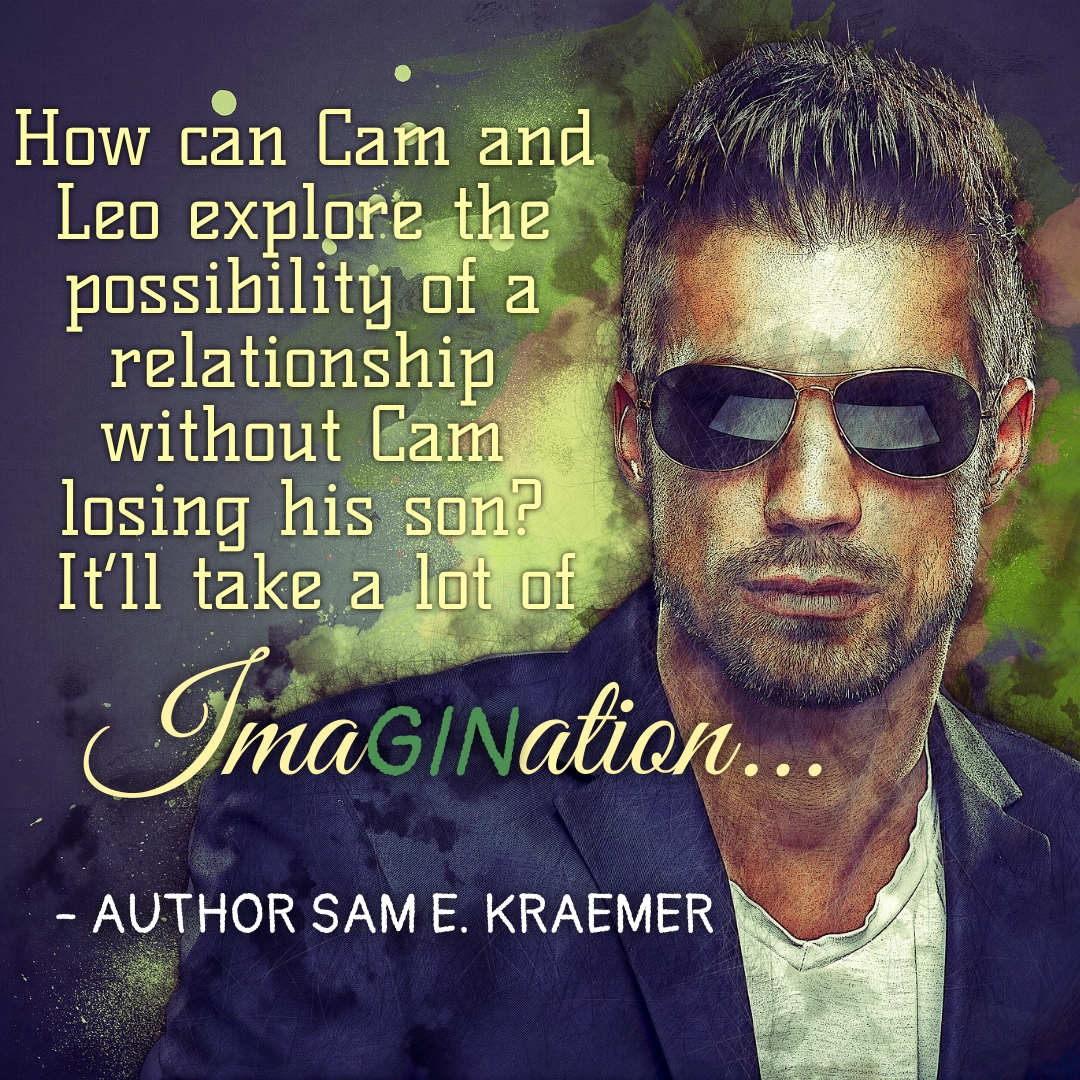 To celebrate the release of Ima-GIN-ation, Sam is giving you the chance to win a $20 Amazon Voucher or 1 of 2 paperbacks (US Winner) by Sam! 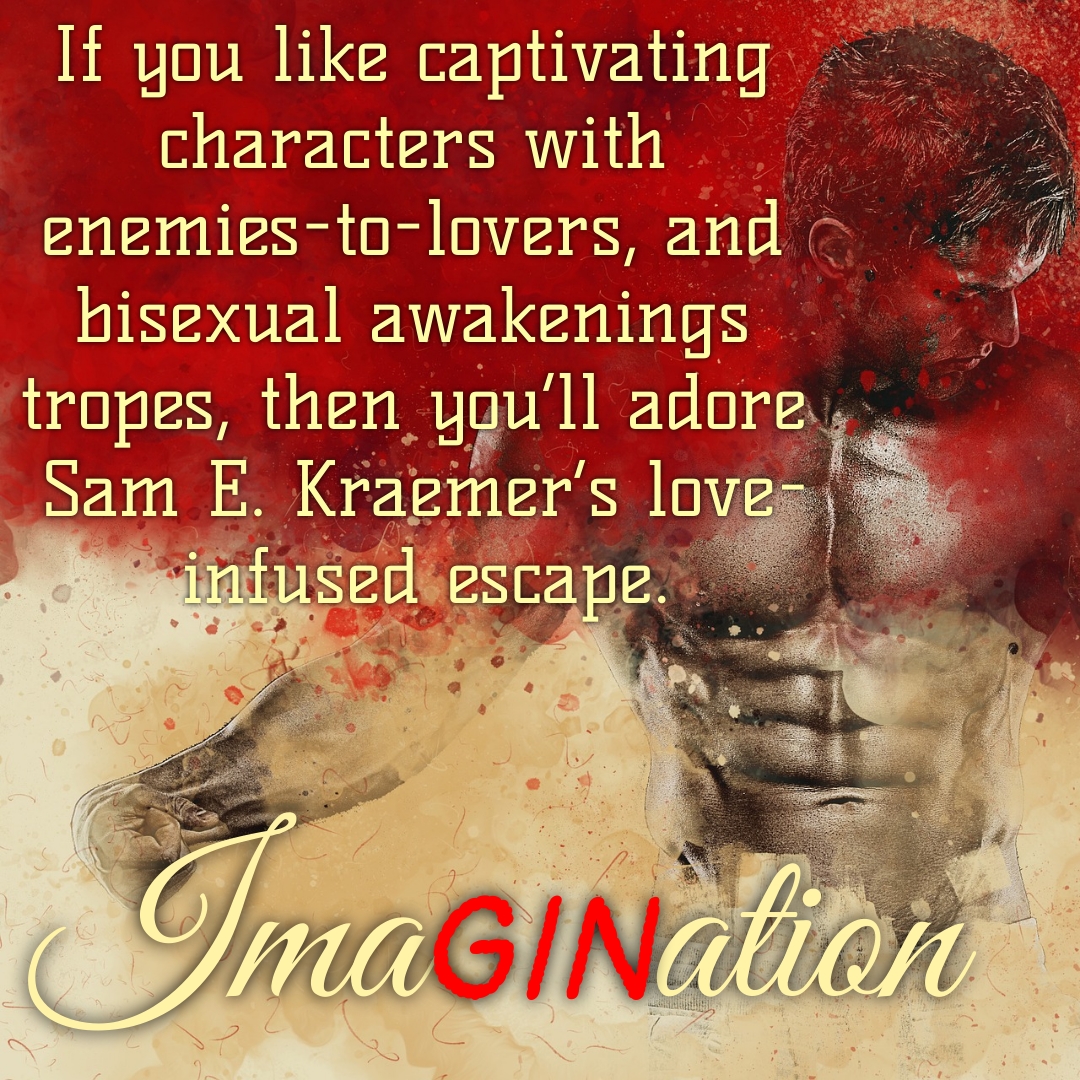 I grew up in the rural Midwest before moving to the East Coast with a dashing young man who swept me off my feet, and we’ve now settled in the desert of Nevada. I write M/M contemporary romance, subgenres: sweet low angst, age-gap, cowboys, mysteries, and military/mercenary to name a few. I am a firm believer in “Love is Love” regardless of how it presents itself, and I’m a staunch ally of the LGBTQIA+ community.

I have a loving, supportive family, and I feel blessed by the universe and thankful every day for all I have been given. I’m old enough to know how to have fun, but too old to care what others think about my definition of a good time. In my heart and soul, I believe I hit the cosmic jackpot. Cheers!