Release Blitz, Excerpt & Giveaway: Getting Off by J.R. Hart

JJ is certain he’s got everything figured out. He’s straight, right? He’s just not into the hookup culture prevalent on his college soccer team. But he’s trying to hide that to avoid getting on his team captain’s bad side.

Kade is anything but straight. Out and proud, he’s curious about how the “other half” lives… even as his best friends remind him there’s more to the LGBTQ+ community than just the “G.” Curious, Kade texts JJ a simple question: do straight guys ever get off together?

When JJ’s reply leads to a head-spinning sexual spark, he starts questioning everything he knows about his sexuality, both in terms of who he’s attracted to, and also why hookups have never been his thing. But when JJ endures trauma that confuses him more, he starts pushing Kade away. Kade has to learn how to be a supportive friend, and more than that, a supportive partner, or risk losing JJ altogether. And JJ? He has to fight for his team to be team players, even when they suspect he’s “playing for the other team.”

Kade
I want to believe JJ when he tells me straight guys get off together. And I have no reason not to believe him. But still, the whole situation feels strange to me. Straight guys? Getting off together? Blame it on boredom, blame it on my complete willingness to run into a situation headfirst without knowing what I’m getting myself into, but I plan on going.

I’ve still got a seed of doubt.

I mean, the whole question came from a questionable situation in the first place: a hookup with someone who says he’s straight. That isn’t uncommon on hookup apps, the kind of guys who say, “It’s not gay to top,” while actively trying to get in a gay guy’s pants, but I don’t have time to unpack all their internalized homophobia or whatever. I’m not going to sit someone down and tell him, “Hey, bro, maybe you’re not straight if the person you’re topping is also a guy.” But my point stands. I had a hookup, he said he was straight, and he mentioned some offhand comment about how straight guys watch porn together.

Which, whatever. I brushed that off at the time. But now it’s been eating at me and worming its way through the back of my mind, and I’ve got two major questions about what he said.

One, how many of his friends are actually straight versus straight in the way he’s straight, and therefore what they’re doing would be an objectively non-straight activity?

I’d ask my friends, but let’s be real. None of my friends are straight. A lone gay best friend in a pack of straights is the kind of Hollywood wildness that doesn’t seem to happen in real life. You watch movies, or read books, and you’ll see this one gay best friend in a group of a bunch of straight people and I sit there and think, Where’s the actual representation here? Gays clump together. We can’t help it. So, my friend group? Not a good starting point for finding out what The Straights do in their free time.

And maybe I’m just being jerked around by my hookup. If I am, this is good information to have. If he’s lying, okay, maybe it won’t necessarily change my behavior, but it’ll make me feel the tiniest bit more satisfied if I know he was lying all along. And now that I’ve reached out to JJ I’m obsessed with the idea.

The thought of men actually doing this? Come on, that’s just the sort of bad porno aesthetic I’m into. It ranks right up there with, “let’s play strip pool before my mom gets home,” or, “I was out jogging in the woods and this hot guy just happened to catch up with me and offer me a bottle of water, and also his dick.” It makes me wonder, what will happen next? The muscular jock sucks the twink off? I’ve seen it a million times, just not in real life, and never with straight guys who would probably never even touch each other. Still, I want to witness it firsthand, or something. I’m craving confirmation.

Which is why I asked JJ. Because I can trust him, because he’s straight, and because he’s disposable. Which sounds really shitty but hear me out. JJ and I aren’t close. I mean, we’re close in that he hosts a good study group, and it’s nice to have a friend in class, but I don’t know him know him. We aren’t BFFs or anything. If this situation were to go horribly wrong, get super awkward, and he felt bad or weird about it after—not that I think anything is going to happen, but I’m not ruling out the possibility—then we don’t have to talk to each other anymore.

Plus, he lives in my building, and I am a slut for convenience. He’s right here, two floors down, and anyway, he’s hot. I mean, abs for days, long limbs, soccer body… I’m not into sports, but they’d almost be worth watching for the way the players strip their jerseys off after a game, mop the sweat off their brow…fuck. If I’m going to watch this kind of scene—from a purely sociological standpoint, mind you—it helps if the guys involved are, you know, aesthetically appealing.

And I can’t ask a stranger. How would I know if a stranger was bullshitting me? And JJ’s not bullshitting me. I don’t think so, anyway. JJ just gives off one of those vibes. Like, trustworthy. Honest. The kind of guy who tells the truth about everything. He doesn’t seem like someone who would fuck with me, you know? And he’s a throwaway. If he got offended by me asking, well, then I haven’t lost a whole lot. He’s a no-lose option. And besides, he didn’t say no. That gives me the confirmation I need: two straight guys—or rather, one straight guy and one guy who claims he’s straight but is on an app designed for gay hookups—have confirmed this for me now. Apparently, straight guys do jerk off together. And apparently, I’m going to get to witness it firsthand. I can’t say I’m not excited.

Which is why on Tuesday at two in the afternoon, I’m standing outside JJ’s dorm, knocking. I’ve been here before a couple of times, mostly for study groups, but this is different. There aren’t any textbooks this time, no crowding around his coffee table made out of splintering pallets and an unfinished sheet of plywood. So, I’m standing here, still knocking, wondering what this is going to be like. I’m not sure what to picture, how many guys might be here, or if I’ll even know what to do with myself. After all, I’m only here to observe, but if they’re all sitting there with their dicks out, I’m going to look like an asshole if I’m not doing the same thing. I’m starting to get cold feet about the whole situation, ready to turn around and leave, because am I really about to sit in on a group of straight guys watching porn? The whole situation screams an opportunity for me to basically get hate crimed, and I’m realizing the potential for this to go wrong…except it’s a little late to back out now the door’s opening, and JJ’s standing there in nothing but his boxers.

I’m not sure how to take that. 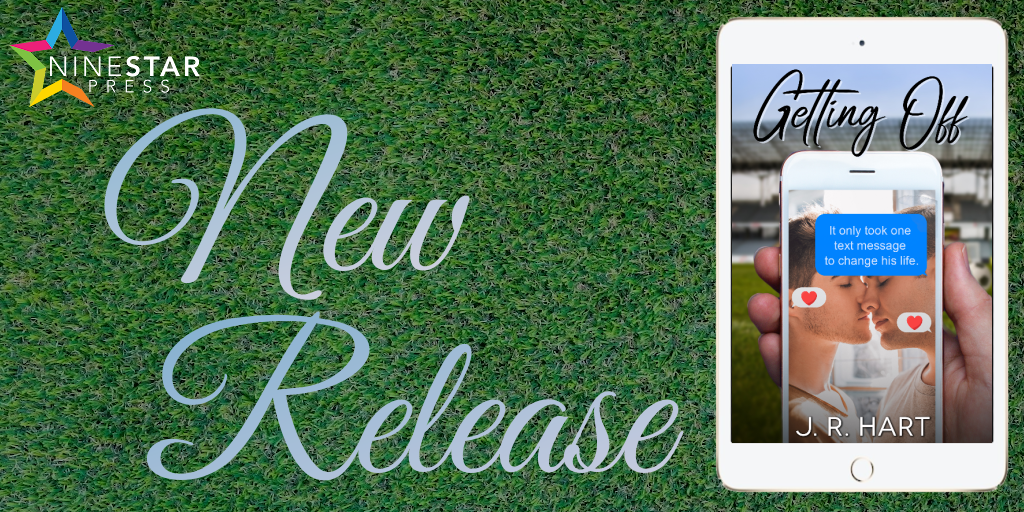