He has wealth and luxury but no one to share it with, he’s trapped in a job he loathes, and he’s lost sight of what he was passionate about. Thirty-five and single, and a virgin to boot, Joel realizes that unless he changes something soon, he’ll be miserable the rest of his life.

But change finds Joel, and his name is Raiden Noboru. Flirtatious, spontaneous, and living each day in the moment, he’s Joel’s opposite in every way. All it takes is one smoldering, impulsive night together for Joel’s life to turn upside down.

But when dangerous figures from Raiden’s past make a target of them both, Raiden and Joel find themselves on the run from New York to Tokyo. Danger and mutual attraction bring them closer together, and Joel can’t deny his feelings, like himself, are changing into something he never thought possible. But for Raiden, jumping into gunfights is easier than opening his world-weary heart to Joel’s love.

Each fears taking risks to their hearts, but time is running out. Raiden and Joel will have to fight for a chance at a once-in-a-lifetime love, or risk losing it all in a haze of gun smoke.

Joel Schiff had the life everyone wanted.

His eight-million-dollar condominium with floor-to-ceiling windows offering picturesque views of lower Manhattan and the Hudson River was the most desirable home in Manhattan. The four-bed, four-bath condo had two bedrooms converted to a home theater and a library; it was perfect for raising a family or entertaining, but Joel woke up alone.

He wasn’t lonely, not really. Maybe at some point when he was young and naive, he thought he’d find the perfect guy and settle down. Turns out, he was far too busy for that and not terribly good at the whole letting people see you at your worst thing. People were nothing but unpredictable, anxiety-inducing headaches. He didn’t need the added stress another person might bring into his life.

Sure, love sounded nice, but Joel realized once he hit thirty that he was just too stuck in his ways to incorporate a social element into his life. He would die alone, and that was all right. Most days…as long as he didn’t think about it too much. Which he didn’t, at all, at seven in the damn morning on a workday. He was not in the mood for an anxiety attack, thank you.

Joel sighed around the sudden spiraling pit in his stomach and rubbed sleep from his eyes. Rolling over in a sea of plush blankets, he checked his phone and discovered a reminder: lunch with Dad. He took a quick shower, toweled off his hair as he walked across heated marble floors, and debated whether to trim or shave his beard. For a man of thirty-five, he had a youthful face, although the bags under his lifeless moss-green eyes, gained from the all-nighter he pulled for work, added years to his face. He opted for a trim instead; the thought of changing even his facial hair was too much of a commitment. Besides, without a little scruff, he thought he looked like a boy instead of a man.

Joel selected a dress shirt from his closet of colorless button-ups and endless supplies of identical khakis and sweater-vests; he put it on and buttoned it up until it pressed into his throat. After some debate, he threw aside his bright-green tie and chose a gray one instead. If he dressed in bright hues, he felt self-conscious, like he stood out too much. He tucked his shirt in and trudged through the great room to the kitchen.

Rows of cabinets towered over him, and he riffled through them, each too large for the bare minimum of food he stocked inside. He scowled. He’d guzzled the last of his coffee pulling an all-nighter for work. Making a mental note to stop at his favorite café on his walk to work, he found a carton of quail eggs in his fridge, scrambled them, and ate alone at his eight-seater table. 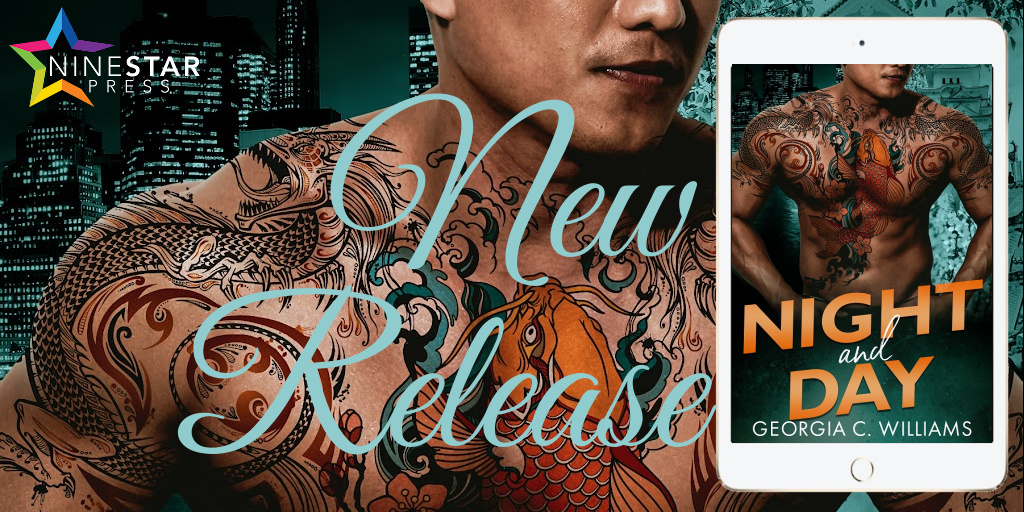 Georgia has harbored a passion for storytelling since she was very young. She discovered a love for Male/Male Romance and ever since, she’s been dedicated to telling stories about powerhouse gay couples who conquer all obstacles in the pursuit of a happily ever after.

Georgia was home-schooled, and grew up performing in her family’s musical theater company. Rather than go to college, she wrote her first novel. She lives in Manhattan, New York.