Celebrated concert pianist Nüwa Zhou had it all. Until she didn’t. Forced out of the closet while testifying at the kidnapping and murder trial of her obsessive former assistant turned stalker, she retires from the high-pressure world of performing to recover at her parents’ estate.

After a chance encounter with Julia leads to more, Nüwa imagines a life with Julia. When her stalker returns, determined to kidnap Nüwa and end anyone who stands in his way, Nüwa will do whatever it takes to keep Julia safe, but will it be enough?

“Who is Father talking to?” Nüwa Zhou stared out of the sliding door at the woman standing on the terrace, her short auburn hair a mass of curls that brushed the tops of her broad shoulders. Her stance was confident. Dressed in jeans and a T-shirt tight enough it drew Nüwa’s attention, she rested her hands on her hips across from Gerald Zhou. Her wide shoulders and sculpted arms tested the limits of the fabric of her shirt. Afforded the opportunity to stare openly, Nüwa savored the view, admiring the curves the woman’s loose jeans failed to conceal. Slightly taller than Nüwa’s father in her thick-soled work boots, the woman glanced back at the house. Nüwa held steady, confident the reflective window coating would hide her gawking.

“Former student. Inquiring about the cottage,” her mother called from the kitchen bar.

Nüwa tugged the belt of her robe tighter. “Early for a meeting.”

The not-so-subtle sound of her mother’s scoff drifted across the kitchen. Nüwa rested her chin on her chest. The unspoken scolding for sleeping late pricked Nüwa’s heart. A night owl born to a family of larks. Her sleep patterns had been her curse since childhood.

She lifted her gaze back to the scene outside.

Gerald Zhou stood close to the woman, occasionally gesturing to the yard and the firethorn maze covering the lower half of their estate. Wind pushed dark heavy clouds across the sky and a gust rattled the sliding door in its dull aluminum frame. He turned and pointed to the house. Nüwa stepped back and away from the glass into the shadows of the living room. She walked to the counter dividing the kitchen from the rest of the house.

“Have you eaten?” Her mother glanced up from her laptop screen.

Nüwa took a breath and blew it out. “Not hungry.”

A frown creased her mother’s sculpted eyebrows. “Don’t forget to eat.” Her gaze shifted to the window. “Your father needs to wrap it up. I don’t like the color of the sky.”

Nüwa perched on one of the stools at the counter and glanced at the sky. A green hue tinged the dark clouds. “It’s ugly.”

Fat drops of rain hit the glass as the peal of a weather warning spit out of her mother’s ever-present phone. Nüwa’s stomach twisted as adrenaline surged in her body. Storms were the worst. Lightning flashed. Nüwa placed her hands flat on the counter and started counting silently.

The click of the computer keys increased. “I need to get these figures to Rowan.” Her mother continued to pound the keyboard as another flash of lightning lit up the kitchen with a sick yellow glare.

The skin on Nüwa’s arms prickled. The grate of the sliding door in its tracks sounded in the room a second before a crash of thunder rattled the house.

“Three.” Nüwa turned to the sliding door. “It’s moving toward us.”

“It’s crazy out there. Wait it out with us.” Gerald touched the arm of the woman from the terrace. “You remember my wife, Lian Tan? I don’t think you’ve met my daughter. Nüwa, this is Julia.”

“Hi Ms. Tan, nice to see you again. Nice to meet you, Nüwa.” Julia inclined her head to greet Nüwa’s mother before she turned and met Nüwa’s gaze.

Nüwa stared at Julia, the thin wet fabric of the T-shirt even more distracting now Julia was standing in front of her. “You’re wet.” Her face burned as soon as the words were out of her mouth. “I mean—” She scrambled around the end of the counter, snatched a clean dish towel from the basket next to the sink. “Here.” Nüwa held the towel out with both hands.

The tips of Julia’s fingers brushed the back of Nüwa’s hand as she took the towel from her. “Thank you.” She held Nüwa’s gaze for a moment, the hint of a smile twisting her lips before she dried her face.

Nüwa studied the tops of her house shoes and knotted her hands together as an awkward silence sucked the ease out of the moment. She crossed her arms over her chest, hugging herself, knowing she was acting weird, helpless to stop it.

“Basement.” Lian stood, tucked her laptop and a thick folder under her arm, before she walked to the end of the counter. She pressed the series of buttons under the countertop. The end of the cabinet slid aside revealing a stairwell. Gerald followed Lian.

Nüwa slid off the stool and followed her parents down the stairs leading to the storm cellar. She ducked her head as she entered the stairway. “Watch your head,” Nüwa called over her shoulder.

Heavy tread on the stairs behind her and the faint scent of lavender and sunscreen tickled Nüwa’s nose as Julia followed her to the safe room. Halfway down the steps, the lights flickered out, plunging the stairwell and room below into blackness.

“Damn it. Gerald, where did you put the lantern?”

“Left it on the counter, and didn’t we talk about this? Use your phone.”

Her parents shifted their bickering to Mandarin. Nüwa prayed Julia didn’t understand as they devolved into one of their ongoing arguments.

Nüwa extended her hand behind her, and her fingers bushed the soft denim of Julia’s jean. “Take my hand. Stay close. The stairs turn here.”

Julia clasped her hand. Her broad callused palm rested against Nüwa’s hand. Nüwa led Julia down the stairs and toward the sound of her parents arguing. As they reached the bottom of the stairs the harsh light of an electric lantern flared to life, throwing twisted shadows over the walls.

Gerald closed off the door leading to the rest of the basement, sealing them in the long narrow windowless room. “There. Nüwa, lock the door behind you.”

Nüwa threw the deadbolt and sealed the door leading up to the kitchen.

Lian stood at the far end of the room, the glower on her face matching the ferocity of the storm. Arms crossed, she lifted her chin as she observed Nüwa and Julia. Her gaze landed squarely on their clasped hands.

Julia squeezed Nüwa’s hand once, then released it. “Thank you.”

Lian turned away from Nüwa, picked up a yellow wireless radio, and shoved it into Gerald’s hands. “Get the weather radio working.”

The echo of hail pelting the house increased in volume and drowned out Gerald’s reply. A roaring sound filled Nüwa’s ears, a steady hum. The hairs on her arm stood on end. Pressure in her ears increased to the point of pain and she swallowed, trying to clear them.

The ceiling over their head creaked and groaned as the vibration intensified. The house shook, rattling the shelves holding the food and water they kept stored in the small room. Nüwa wrapped her arms around herself to stop her trembling. Cans of food vibrated off the shelves and crashed to the floor, wrenching a cry from her, and she covered her eyes.

A warm hand settled on the middle of her back. Nüwa jerked away from the touch and bit down on her lip to stifle her yelp. The roaring increased, as if a train was bearing down on them. Nüwa dropped to her knees, covered her head with her arms, and folded herself into the smallest ball possible. The thin carpet over the concrete did nothing to ease her knees and sharp pain lanced through her. Her breathing was rough in her ears as her fear turned in on itself and drove every other thought from her mind. In the space of seconds, the patter of the hail softened, and the roaring stopped, leaving a heavy silence behind. 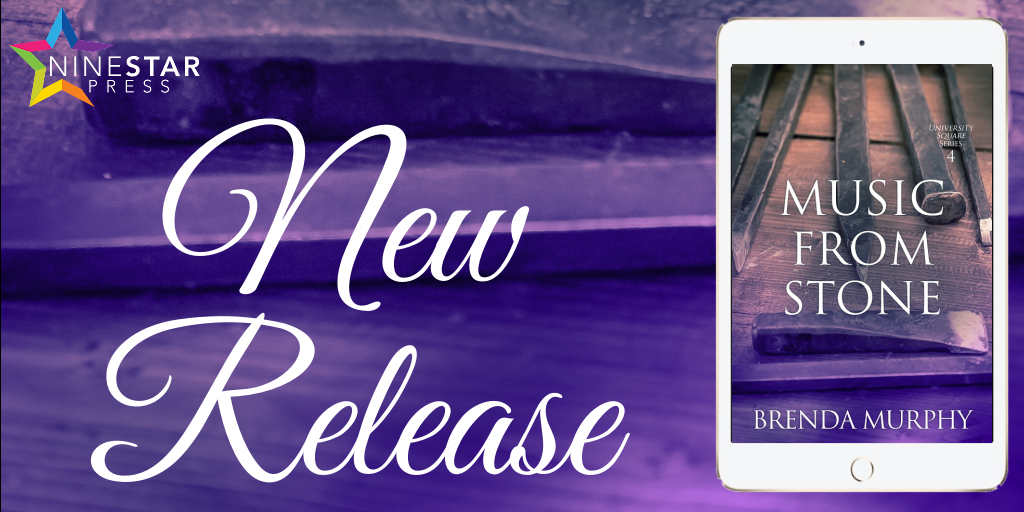 I hope you enjoy reading this book as much as I enjoyed writing it.