Ling is hated by everyone in the Monastery because his birth killed his mother. He hopes Caste testing will ease his troubles—either his rank will be so low that everyone will forget about him, or it will be so high they’ll be forced to respect him. What he doesn’t expect is to walk out of the testing chamber with an egg emblazoned across his back. Laughed out of the Monastery, Ling hides away in Altnoia, where he becomes embroiled in a plot to overthrow King Edan and the Oracle who supports him.

The ringleader behind the plot is Prince Damarion, son of the evil despot who forced King Edan to flee in the first place—but the prince’s motives don’t match Ling’s expectations. He doesn’t anticipate a friendship, either, or what that friendship would become and the choices he would be forced to make.

Ling was eighteen. He was old enough, dammit. Still, the Masters at the door had barred his way even as they laughed at his temerity. He’d been forced to sneak into the room through a back hallway instead.

Eighteen was the Oracle’s minimum requirement to be eligible for testing. Most trainees weren’t actually called into the testing chambers until they were in their twenties, but they could attend the choosing ceremony from age eighteen onward. Despite his past, Ling had that right too.

“Welcome,” the Oracle called jovially into the room.

Her body was thirteen years old, just on the cusp of growing into a woman. Her voice reflected that: both high with youth and cracking with growing vocal cords. Her eyes, though, as they swept over the assembled crowd, were colorless and emanated a sense of age and wisdom. Ling knew those eyes, but to him they still belonged to a different woman.

“Today is the day of choosing. The young men and women trainees of the Castes will finally know to which Caste they belong, and all will be welcomed under the mountain.”

Ling had to hide a snort at that. He had heard enough jibes by his peers and teachers about how he should die in the testing chamber. They hated him because he had been born and because the occurrence of his birth had killed his mother. Still, he had hope. When he tested into a Caste, that one Caste would have to acknowledge his existence. If he tested low enough, they could finally ignore him and let him go about his life. If he tested high enough, they would be forced to respect him. That had to be better than his status at the moment.

“Come forward, trainees,” the Oracle finished with an open sweep of her arms as if she were planning to give the entire room a hug.

A line slowly formed in front of the Oracle as those jostling for place jumped forward. The older trainees wanted to know their Caste and move on to the next phase of their lives. The younger ones were eager for the honor of being placed as well, despite not having waited as many years. Ling hung back, hidden in an alcove in the back of the room. If he approached too soon and was seen waiting in line, one of the Masters would no doubt try to throw him out. He had to approach just as the Oracle gave her decision on the final trainee.

The line slowly dwindled. Each trainee approached the Oracle with cautious reverence. She placed one hand on their forehead for a long moment and then delivered their fate. Of the fifteen trainees, she only chose five, entreating the other ten to return the next year. Only once the last trainee had backed away with a bow did Ling abandon his hiding place. The onlookers, thinking the choosing had finished, began shifting awkwardly as they waited for the Oracle’s permission to leave. When she didn’t, only continued to look toward the back of the room, they all turned to see where the Oracle was patiently gazing.

No one spoke out as Ling carefully made his way through the crowd. The Oracle would tell them if he was or was not allowed to approach her, and she hadn’t spoken. Finally, Ling reached the dais where the Oracle stood.

Ling bowed low and slowly stepped up to her. This could be his only chance to attend a choosing, now that the Masters knew he had snuck in. They would find some way to permanently bar him in the future. He had to be eligible for testing this year; he didn’t know what he would do if that weren’t the case.

“Hello, Hatchling,” the Oracle said softly for Ling’s ears only.

She smiled at him, then lifted her hand to place it on his forehead. Ling closed his eyes and waited, hoping that it would end in his favor.

The Oracle took a long time, much longer than with the other trainees. The crowd again started to shift restlessly, almost angrily. They didn’t want Ling anywhere near their precious Oracle, and that he had outmaneuvered them was already pushing their buttons.

“You shall test first,” the Oracle proclaimed. “In one hour, arrive at my rooms.” She took a slow step backward, her hand brushing across his forehead once before it returned to her side. “Go on,” she added for his ears only.

Ling bowed again, trying to hide his jubilation. He was allowed to test! Not only that, he would test first! It didn’t matter that someone elbowed him in the ribs as he hurried through the crowd and out of the room. He had been given a place of honor, one that usually meant high placement in his Caste. If he became a Master, they would be forced to respect him. No one would elbow him in the gut just because they could, not when he was a Caste Master and they a mere member.

He practically skipped down the halls, heading directly to the Oracle’s rooms before someone could think to stop him. The halls were strangely empty; everyone either watching the choosing or in training classes, their duties more important than their hatred of Ling.

“May I help you, trainee?” Elder Flame asked gently as Ling approached the massive doorway to the Oracle’s rooms. Normally there were four Masters of the Castes guarding the door, but three had been standing behind the Oracle during the choosing. Elder Flame had remained behind to secure the rooms for the Oracle’s return.

He was one of the few in the Monastery who didn’t judge Ling on his past. He didn’t appear to judge anyone, and truthfully, only his Dragon trainee had ever gotten him riled. Elder Flame was as gentle and calm as a candle flame that kept away the dark of night. That he could also be an inferno, furious and raging, was never evident. He hadn’t taken on another newly tested Fire Caste in the years since the Dragon of Fire had chosen to stay permanently in Altnoia. Ling didn’t know which Caste he wanted to test into, but he did know that having Elder Flame as his teacher would be wonderful.

“I have been chosen for testing, within the hour,” Ling replied with a grin he couldn’t keep off his face.

“Then may I offer you congratulations,” Elder Flame replied with a short bow of recognition of Ling’s accomplishment. “Enter and await the Oracle’s arrival.”

Elder Flame pulled the heavy doors open with apparent ease. He was still strong, despite his advancing age. His hair was pure white, his face deeply wrinkled, and his back bent, but the fire in him remained strong and vibrant regardless.

“Thank you, Elder Flame,” Ling replied with the deeper bow expected between a trainee and a Master. Ling stepped through the doorway and entered the Oracle’s rooms. There was a low table in the center with cushions on the floor instead of proper chairs. Ling took a seat and settled in to wait.

The testing chamber door was wide open. Ling had never heard of such a thing before, but then he hadn’t been allowed in the Oracle’s rooms since he had been five years old. The outer room hadn’t changed much in the intervening years. New cushions, a few new decorations, but overall, it was the same. Only the open door, leading into the one place Ling had never walked through in the Oracle’s rooms, was strange.

It called to him. He wanted to stand and walk through the doorway. He felt an urgent need, akin to nothing Ling had ever experienced before. He had to hold on to the table to keep from getting back to his feet.

Finally, the doors opened again. The Oracle stepped into the room with all four Masters of the Castes, who usually guarded outside, walking in behind her. They were to be his witnesses, Ling realized. No one else had stepped forward to verify his bare, untouched back before he walked into the testing chamber. No one else had cared enough about him to offer him five minutes of honor.

“Are you prepared?” the Oracle intoned, her voice filled with the age usually only visible in her eyes.

“I am prepared, Oracle,” Ling replied firmly as he let go of the table and got to his feet. Without needing to be told, Ling pulled his homespun shirt over his head. He dropped the shirt onto the table and turned so the Oracle and the Masters could see the blank canvas that was his back.

“Very well. Enter the chamber and be tested.”

Ling turned around once more and bowed deeply to the Oracle. Then he answered the insistent call of the testing chamber and walked forward. The door snapped shut after he crossed the threshold. The room was dark. Ling couldn’t see his hand in front of his face and had no idea where any of the walls were. Instead of walking forward and possibly breaking his nose when he walked into hard stone, Ling stayed exactly where he was.

After a while, he realized someone was screaming. It was a woman’s voice, high-pitched with excruciating pain. There were other voices too, men and women yelling things about blood and a baby’s foot.

“I don’t care if the baby is facing the wrong way!” the woman’s voice snapped, still shrill and broken as she gasped desperately for air. 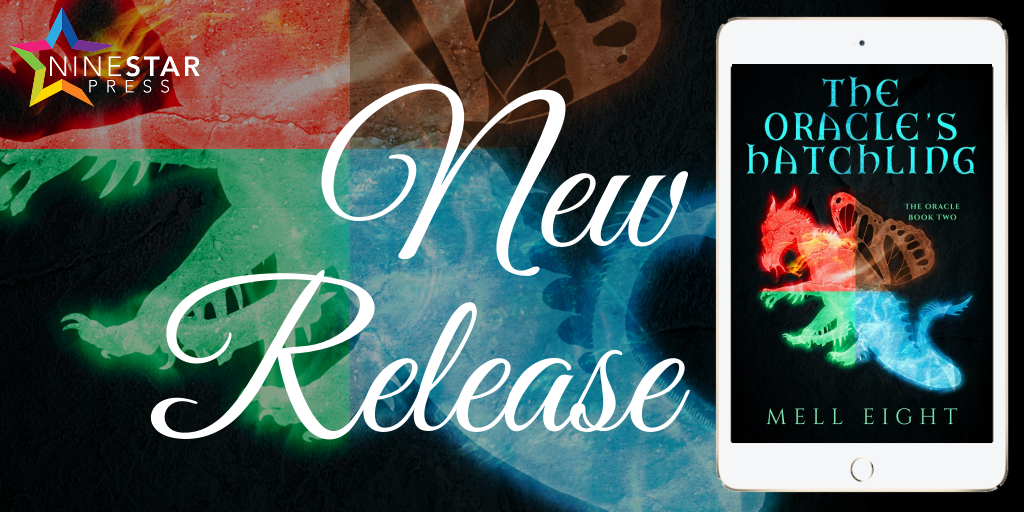