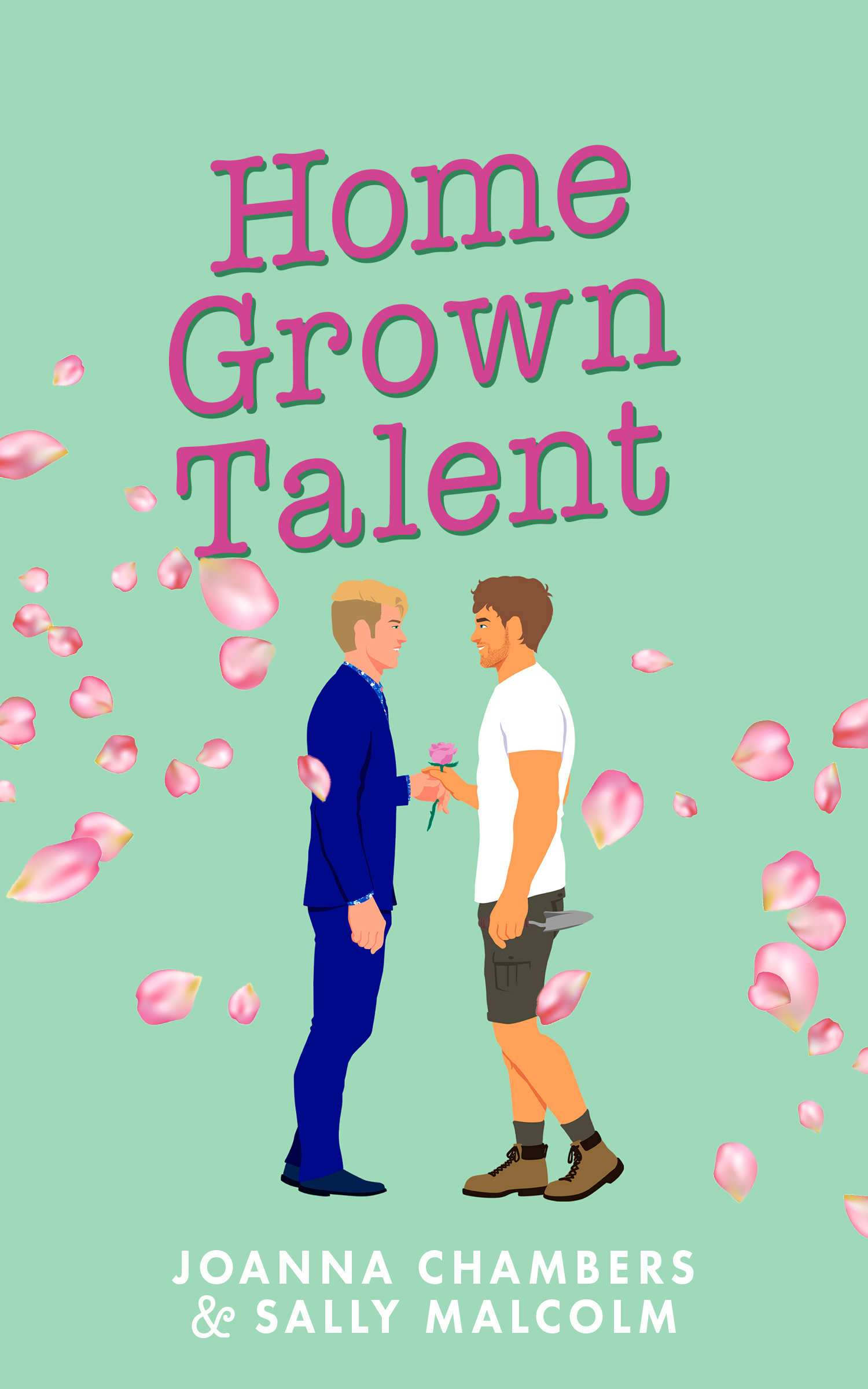 Are you for real?

From the outside, it looks like model and influencer Mason Nash has it all—beauty, fame, and fortune. With his star rapidly rising, and a big contract up for grabs, Mason’s on the verge of hitting the big time.

When an opportunity arises to co-host a gardening slot on daytime TV with his ex’s brother, Owen Hunter, Mason is definitely on-board. And he intends to use every trick in the book to make the show a hit—including agreeing to his ruthless producer’s demand to fake a ‘will-they/won’t-they’ romance with his co-host…

Owen Hunter is a gardener with a huge heart and both feet planted firmly on the well-tilled ground. He’s proud of the life he’s built and has absolutely no desire to be on TV—yet somehow he finds himself agreeing to do the show.

It’s definitely not because he’s interested in Mason Nash. The guy might be beautiful—and yeah, his spoiled brat routine presses all Owen’s buttons in the bedroom—but Owen has no interest in a short-term fling with a fame-hungry model.

As the two men get closer, though, Owen starts to believe there’s more to Mason than his beautiful appearance and carefully-curated online persona—that beneath the glitz and glamour is a sweet, sensitive man longing to be loved.

But in a world of media spin and half-truths, Owen is dangerously out of his depth. And when a ridiculous scandal explodes online, with Owen at its heart, it starts to look as though everything he thought was real is built on lies—including his budding romance with Mason… 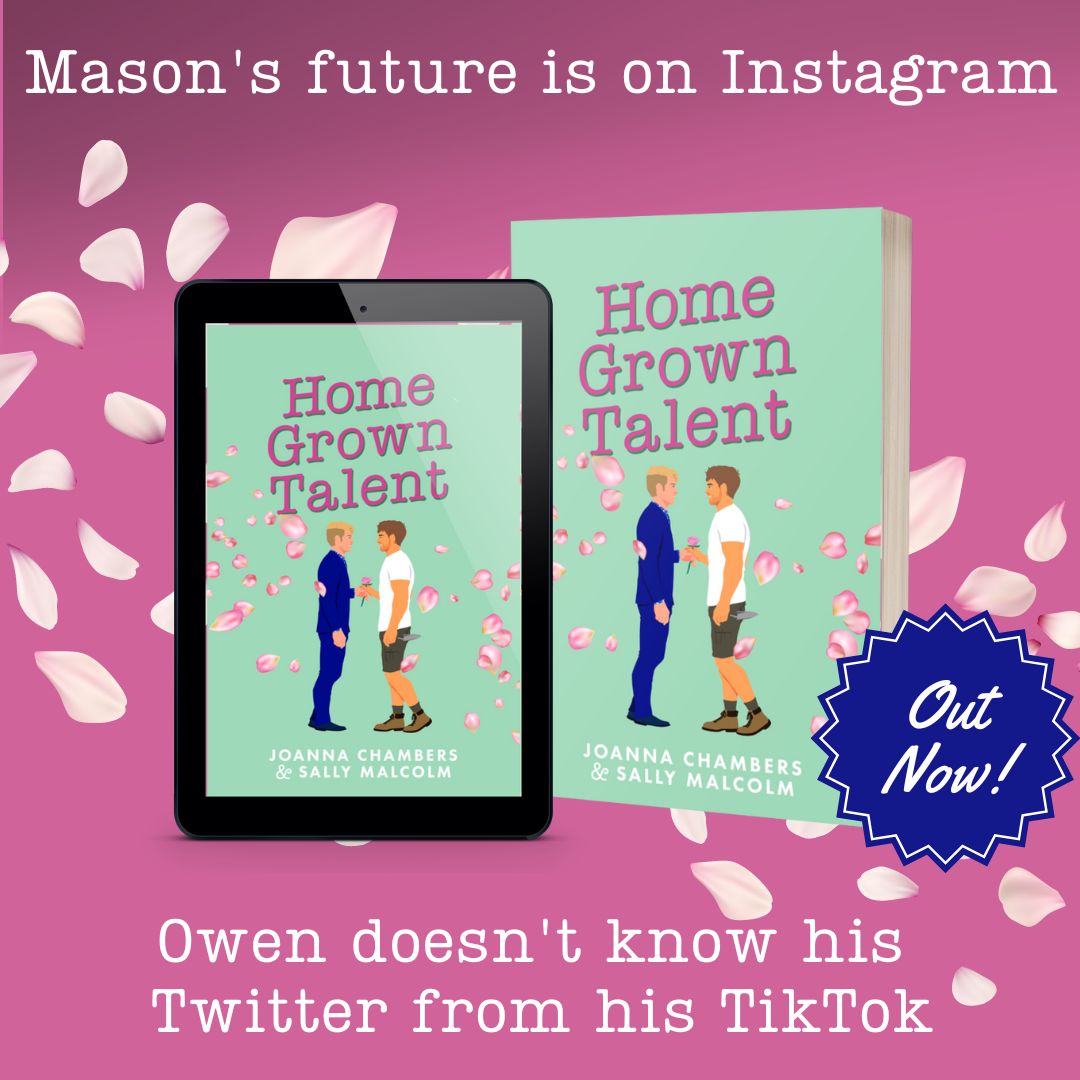 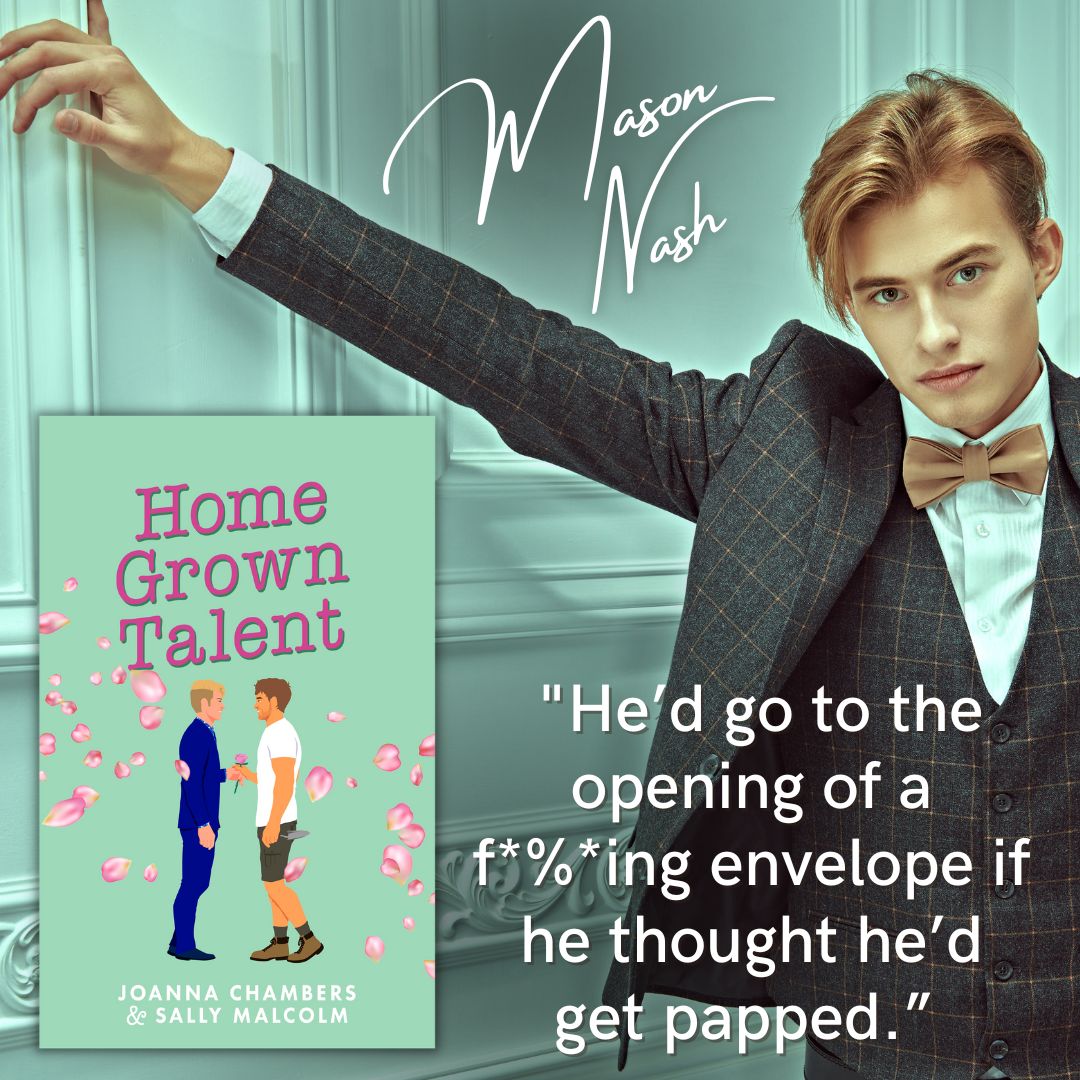 IN THE AFTERGLOW OF SEXY TIMES!

All teasing had disappeared from Owen’s voice, nothing left but that familiar, gentle warmth. Mason moved, his leaden body responding sluggishly, lifting his face from the duvet, the wreck of his hair flopping over his face.

Owen watched him with smiling blue eyes, looking flushed and happy. “Okay?” he asked, pushing Mason’s hair out of his eyes. “Was that good for you?”

Mason nodded, and Owen smiled, then gave a little tug on his arm. “Come here, then. Let’s have a cuddle.”

And it was exactly what Mason needed, snuggling under the duvet together, his flash of vulnerability melting in the steady warmth of Owen’s arms.

After a while, Owen gave a low chuckle, the sound a deep reverberation against Mason’s ear. “That was… Christ, that was hot.”

Mason laughed too, burying the sound against Owen’s shoulder. “It really fucking was.” And maybe it was the drowsy warmth beneath the covers, or the feel of Owen’s strong body keeping him close, or simply the surge of contentment swelling inside him like a balloon, but Mason heard himself saying, “Why did you call me Angel?”

“Why not? You’re beautiful enough.” Owen threaded a hand into Mason’s damp hair, pushing it away from his face to look at him better. “Christ, you’re so beautiful.”

Mason stiffened at those familiar words. He didn’t say anything, though. He never did because it sounded silly and ungrateful, but this time, he didn’t have to say anything because Owen noticed his reaction.

Shaking his head, Mason had no intention of explaining himself. Yet somehow, under Owen’s steady gaze, it felt okay to say, “It’s just… I can’t help how I look, you know? It’s not like I can take any credit for my face, but sometimes it feels like it’s all people care about.” He winced, hoping he hadn’t offended Owen. “Sorry, I know it’s stupid, and I didn’t mean to—”

“It’s not stupid,” Owen said. “I’ve seen the way people ogle you. It must feel … objectivising. I don’t want to make you feel like that.”

“You are beautiful, though. There’s no getting away from it.” Owen stroked his thumb over Mason’s cheek again. “You’re also funny and fun to be around, smart and sweet, a little shy, interesting to talk to…”

Mason started to smile, then laughed as the list went on.

“…and not to mention a talented cook—”

Owen grinned. “Chef,” he corrected, waggling his eyebrows. “And you look dead sexy holding a whisk…”

“I’m serious!” He looked very serious as he leaned in, lips brushing Mason’s. “There’s nothing sexier than a man who knows what he’s doing.” 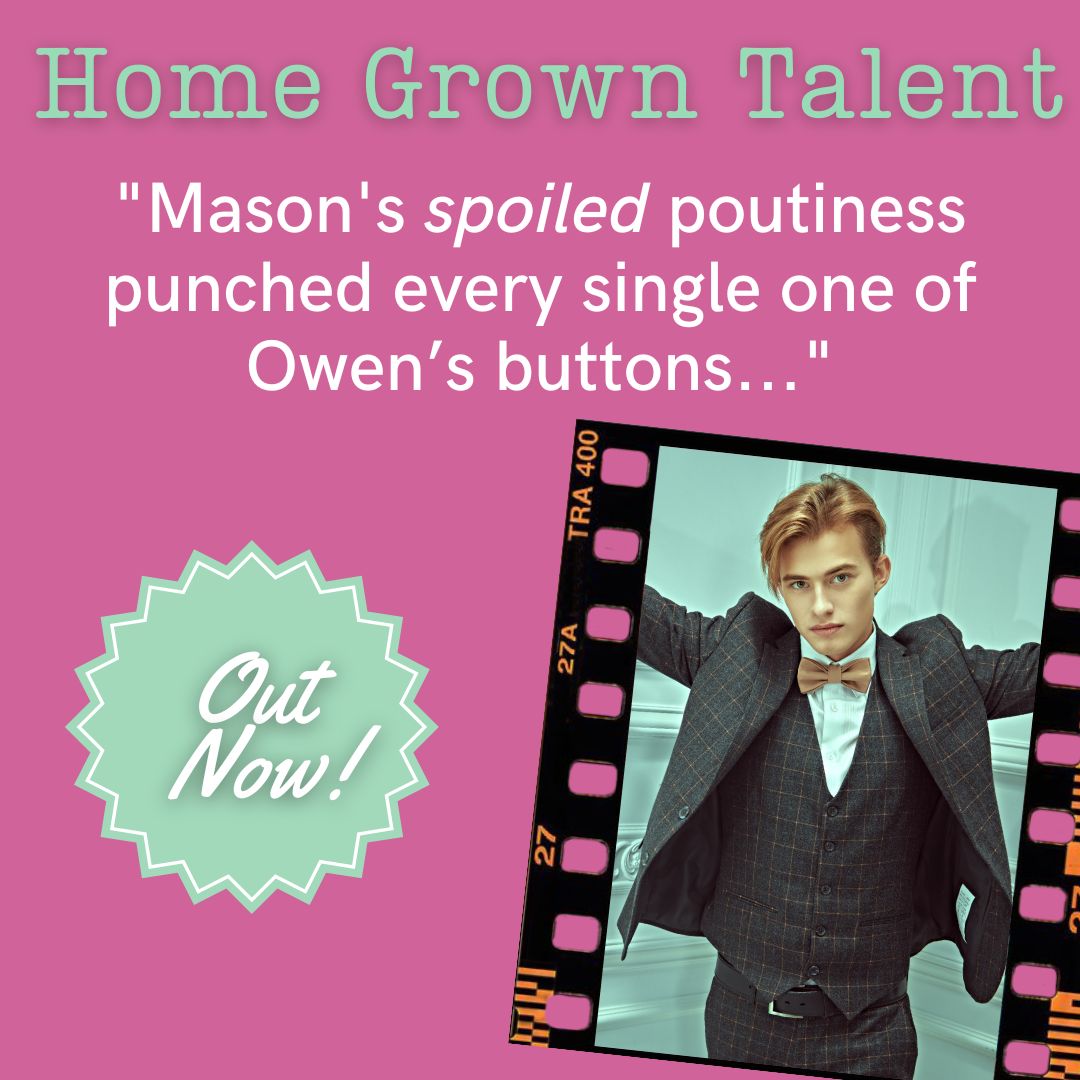 To celebrate the release of Home Grown Talent, Joanna & Sally are giving you the chance to win an e-set of the Creative Types Series so far and a $20 Amazon Gift Voucher!

When fanfic writer Aaron Page landed a temp job with the creator of hit TV show, Leeches, it was only meant to last a week. Three years later, Aaron’s still there…

Lewis Hunter grew up the hard way and fought for everything he’s got. His priority is the show, and personal relationships come a distant second. Besides, who needs romance when you have a steady stream of hot men hopping in and out of your bed?

His only meaningful relationship is with Aaron, his chief confidante and indispensable assistant. And no matter how appealing he finds Aaron’s cute boy-next-door charms, Lewis would never risk their professional partnership just to scratch an itch.

But when Lewis finds himself trapped at a hilariously awful corporate retreat, Aaron is his only friend and ally. As the professional lines between them begin to blur, their simmering attraction starts to sizzle

… And they’re both about to get burned.

Joanna has a day job and family but manages to find time to write by not cleaning the house or watching television. She is shockingly ill-informed about popular culture. You can find her on Twitter being distracted, on Instagram (occasionally) being confused, and – most happily – in her FB group, Joanna’s Chamber, talking about reading and random stuff with her reader pals.

Sally was bitten by the male/male romance bug in 2016 and hasn’t looked back. Her stories are emotional, sweetly angsty, and always have happy endings.