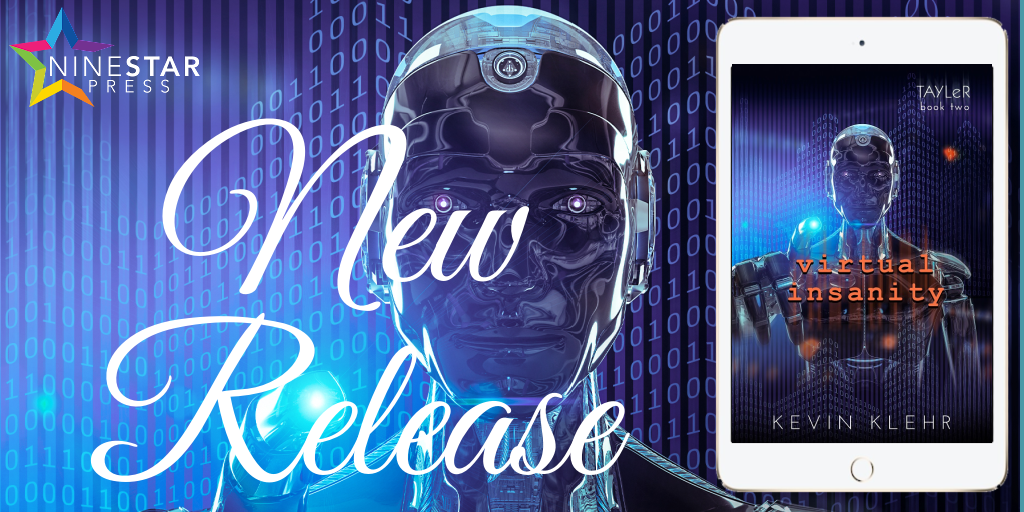 When Tayler is sent to Beta City to help its citizens disconnect from the all-knowing Social Media Central, he becomes the target of a deadly game.

Augmented reality players wearing head to toe gaming suits believe he is the Enemy Alien, and they shoot to kill. So Tayler is forced to hide in a secret bunker, trapped, with no way to escape this urban nightmare.

And as his friends hatch a plan to get him back home, they find the person toying with Tayler’s life is more AI than human.

I heard a song from the 1960s. An American singer asserted “we’re talking but we’re not communicating”. Someone played it on a radio stream while I’ve been here at Cradle Edge, and it got me thinking.

For the last month, I’ve been meeting people simply to get to know them. Getting to know what makes them tick. What their quirks are. How they use their charm to make me part of their circle.

And as they got to know me better, they shared their opinions while remaining open to being challenged. Plus, by this stage, I understood why they thought the way they did because I knew their backstories.

This wasn’t the case back home in Astra City. Opinions were first and foremost linked to someone’s brand, thanks to Social Media Central. We knew avatars or profile pics but never met the person. Never drank with them, laughed with them, or shared mutual stories. And even if we spoke through a video hook-up, it was always for less time than I spent with someone here in the bars at Cradle Edge.

Okay, to be fair, I was doing the same thing with the Social Media Socialites, my small friendship network back home. But I was one of the chosen few.

At the same time, I was navigating two relationships and losing myself in the process. Madeline Q, or Madi, as she liked to be known, was very persuasive. Every time I wasn’t sure who I wanted to stay the night with, the sun was coming up before I knew it and she was waking in my arms.

Mike brought out my wild side more than Madi. My carnal desires overrode my cautious temperament when I was with him. He led me down paths I never imagined I’d delight in. It was not that Madi wasn’t wild. She provided the equilibrium from my boys being boys sessions with Mike. I liked the balance in the bedroom I was getting between these two individuals.

So here I was four weeks without them, learning to love the most important person I’d discovered—me. And although it’s nice to be desired, it’s nice to hear yourself. I was arising from a state of mind that was controlled from the outside. Bombarded by the cyber world.

Cradle Edge was a small town of open fields and brick buildings. Nothing like the steel and glass jungle of my home. I needed this time away.

They have these things in everyone’s homes called phones. They’re like a device without screens. They come in all shapes and sizes. Some are novelties, as in the shape of a cartoon animal. Some stand upright while some are low set and bulky. You can contact anyone here if you know their “number”. A number is a set of six or so digits that makes someone else’s phone ring. And if you don’t know their number you can press three numbers that let you talk to an “operator”. The operator can look up anyone and connect you.

There are also “phone booths” on various streets where you can go if you need to contact someone when you’re not home. What’s really cool about this is you get a sense of anonymity when you’re out and about. No one knows where you are. It’s a really odd yet addictive feeling.

And there were shops! Stores I’d never seen in Astra City. People liked giving ornaments as gifts, as many homes were full of knickknacks that told you a lot about who lived there. And people regularly groomed. They got haircuts and made new clothes. Back home, folk were only getting used to the idea of dressing to be noticed. Too many years acting anonymous behind a screen robbed many of developing a sense of style. A sense of self.

Now I fully understood me, and I’m no puppet for anyone’s algorithm.

Kevin lives with his husband, Warren, in their humble apartment (affectionately named Sabrina), in Australia’s own ‘Emerald City,’ Sydney.

His tall tales explore unrequited love in the theatre district of the Afterlife, romance between a dreamer and a realist, and a dystopian city addicted to social media.

His first novel, Drama Queens with Love Scenes, spawned a secondary character named Guy. Many readers argue that Guy, the insecure gay angel, is the star of the Actors and Angels book series. His popularity surprised the author. The third in this series, Drama Queens and Devilish Schemes, scored a Rainbow Award (judged by fans of queer fiction) for Best Gay Alternative Universe/Reality novel.

So, with his fictional guardian angel guiding him, Kevin hopes to bring more whimsical tales of love, life and friendship to his readers.