While in Scotland for Lionel’s magic training with Hades, a murder case compels the Devil and his necromancer to stick around a little longer. Lionel, who still cannot control his demigod magic properly, doesn’t mind a murder investigation, because that is something a necromantic police consultant like himself knows how to handle.

Except, the investigation doesn’t go at all as Lionel thought it would. And when he decides he wants to open up to Lucifer, finally, that doesn’t go exactly as Lionel had feared either, but some surprises are good surprises, especially when Saturnalia is just around the corner.

Lucifer is delighted. He has his boyfriend, who finally opens up, and his boyfriend is all his, at least through the holidays. That much attention is exactly what Lucifer loves, and the holiday season would be entirely perfect — if it weren’t for an old enemy who is out for vengeance.

Demigod magic was different from human magic. I understood that. Why my half-human status and my limited grasp on the not-human magic in me required me to be dropped into either an oubliette or a dried-out well like today, I had no fucking clue. But Hades, god of the underworld, brewer of whiskeys, and also my mostly cryptic magic teacher, had declared it necessary, and so here I was.

The oubliette back in November, some three weeks ago now, hadn’t been so bad, actually. I’d freaked out at first, but my Awesome Demi-Human Sled Dog Magic™ had just been there and ready, as if the breaking of the minotaur’s labyrinth a few days before had excited the magic. As if it hadn’t quite settled down yet and was still there to please. The rocks making up the walls of the oubliette had shifted easily to give me handholds, and I’d simply climbed back up, leaving the cold, damp darkness behind.

But the well was just a hole I was stuck in. It was fucking dark down in this well shaft, and since it was the middle of December, it was also fucking cold. “I’m a skilled necromancer,” I mumbled into the grayish semi-darkness. “I am a competent police consultant, and I can raise and kill zombies with my mind. How in the fuck did I get here?”

I smelled woodfire and spices on the air, and my heart picked up a beat. “Babe. You can’t kill a zombie. They’re already dead as a prerequisite. You de-animate them.”

Lucifer, my teleporting boyfriend and also the Devil, was standing on the frozen ground of the well’s bottom right next to me. I felt his body heat. I was sure he looked amazing with his kitty-cat fur hair just perfect, though I couldn’t really see that. Night fell early in the harsh Scottish winter, and Hades had dropped me into the well around noon. I mean, he’d gently lowered me down, but still. I’d been starting to feel like that creepy girl from that Japanese movie. I could barely see anything in this dry and frozen hole in the ground, and I’d started contemplating a future in which I got to haunt people by crawling out of their TV at them.

“What are you doing down here?” I asked the devilish boyfriend unit, my teeth chattering slightly. I actually wanted to melt into him and seek his warmth against his chest, but I didn’t want him to think I was needy. No, that was wrong. I didn’t want to think I was needy. I did need him. I knew that, deep down inside, but it was scary. Most of my feelings for Lucifer scared me these days, and most of the time, I wasn’t sure how to handle myself and my needy ass around him.

Sometimes, he tied me to his bed and took all control and power away from me, handling my ass for me, and then, it didn’t matter, and everything became easy. When he got to do to me what he wanted and wouldn’t take any objection, he also gave me just what I needed but didn’t know to ask for. I had come to that truly freaky realization while tied to one of the bed posts of the four-poster bed in the guest room we shared in Persephone’s castle, Lucifer’s dick in my mouth, and I would have liked to call the realization mind-shattering. It hadn’t been. It had just come, and then Lucifer had, and I had swallowed, and he’d taken care of me after, kissed me and rubbed me down like a horse fresh off the track, and it had felt so good.

So, consequently, shit had gotten only scarier with him.

“I am here to get you, babe. Unless you are getting yourself out?”

I scoffed and kicked the wall of the well. “I would have by now if I could. Being stuck in a well sucks. Why the fuck would you think I’d stay down here if I could get out by myself?”

Lucifer came closer, cupped my cheek. “The chthonic side of your heritage should drive you to enjoy this. Being below the earth.”

“Ah,” I said, because what the fuck. “Hades hasn’t mentioned that. He was talking about Kringle again.”

Lucifer was caressing the side of my mouth with the pad of his thumb, not quite stroking my lips. If I turned my head, I could suck his thumb. It would be that simple. 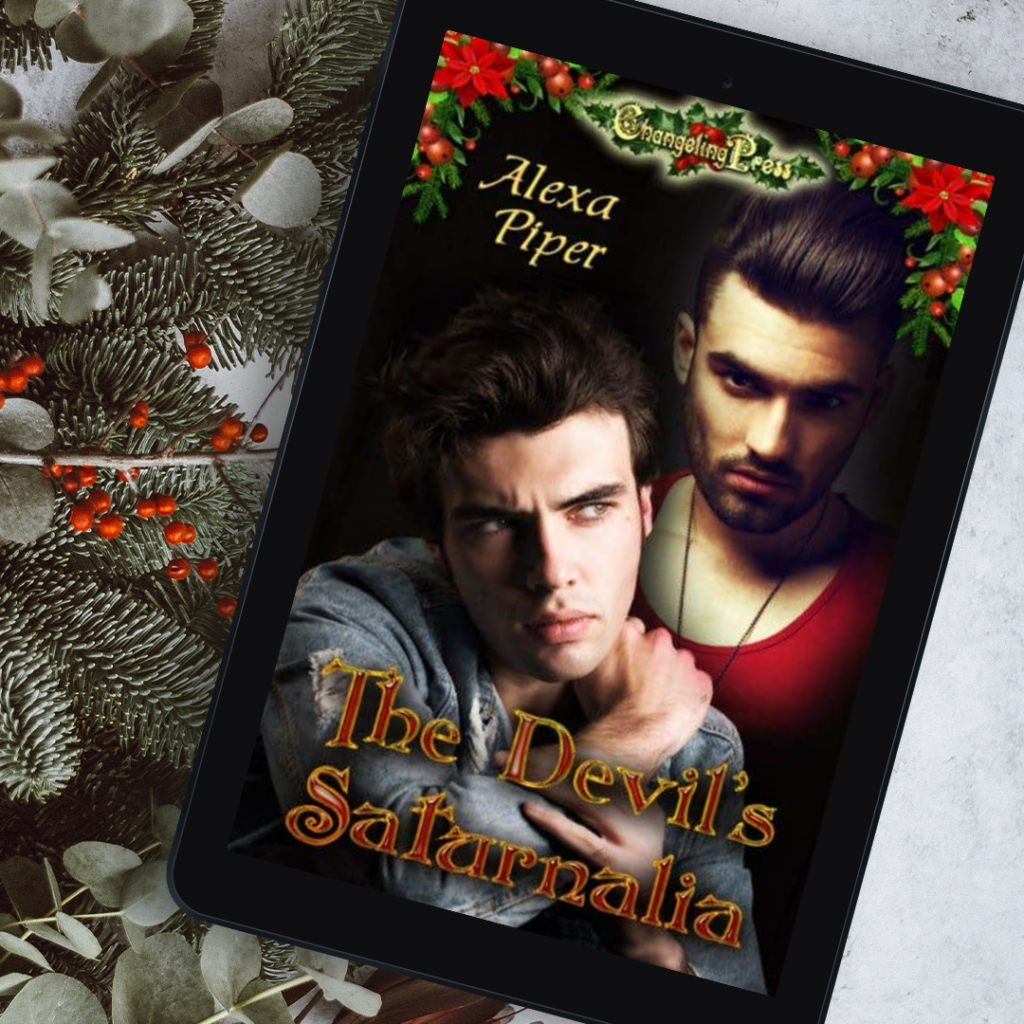 For one week only, get book #1 in the Hellbound series, The Devil’s Necromancer for only 99 cents! Purchase at Changeling Press and all other major ebook retailers. 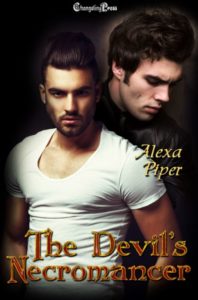 Alexa (she/her) has a lot of characters living in her head and wanting their stories told. Many of these people get snarky and won’t stop complaining if Alexa is too slow writing them, which means that for this author, sleep is a luxury. Consequently, Alexa is a coffee addict, but she is sure she has it under control (six cups of coffee are normal in a morning, right? Right!?)

One lucky winner will receive a $10.00 Changeling Press Gift Code!