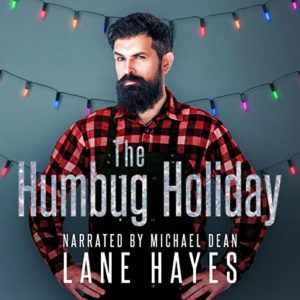 Two grumpy bears and a holiday season neither will forget…

So this sexy silver fox rolls into my small New England town and buys a run-down old house in need of renovation. That’s where I come in. My job is to do some basic repairs, so he can write in peace. Yep, the hotshot is a bestselling author, but that’s not why I recognize Cameron Warren.

No worries, I won’t let a one-night stand make things awkward. I could use the work, but is he seriously asking me to help him buy a Christmas tree too?

I’m a good-natured guy all year long, but I have to admit…I hate the holidays.

There. I said it.

This season, I’m hiding away on the opposite side of the country in a picturesque village. My family isn’t excited about my decision, and the only way to assure them I’m fine is to deck the darn halls. Or hire someone else to do it.

The handyman might not be the logical choice for an elf, but his grumpy act makes me smile. Which makes me think the holidays might not be so “bah-humbug” this year after all.

Cam narrowed his gaze. “What do you mean ‘no, thanks’?”

I set the strand of fairy lights on a green plastic bin and scowled. “Do I really look like fuckin’ Santa Claus?”

“My holiday cheer begins and ends at my mom’s bingo deal. That’s it. I don’t own twenty boxes filled with useless knickknacks. I don’t put up a tree or hang lights or…any of that shit for myself. Why would I do it for you?”

“Money. I’ll pay you handsomely to deck the damn halls and take a few photos. That’s in addition to the handyman stuff.” He named an even more outlandish sum than the one he’d proposed two days ago.

I whistled as I crossed my arms. “You do realize that’s insane, right?”

He shrugged. “A little. Look, I need a few Christmassy photos for my aunts.”

“Because…well…it’s a family thing,” he hedged, narrowing his eyes as he cast a wary glance over the array of boxes still littering the entry hall. “And as you can see, it’s complicated.”

I peeked at Tony’s roofing truck through the lacy curtains. “I’m a carpenter or a general handyman. I can’t, in good conscience, take money for something like putting up a tree. I mean…it would be one thing if you couldn’t physically do it yourself, but you seem perfectly capable of putting up a few decorations.”

I stared at him for as long as I could manage without blinking, then let out a heavy sigh. “Is there an artificial tree somewhere in those boxes, or are you going to need a real one?”

“I have no idea. I haven’t looked and I don’t want to. I want to hire you to do all of that for me. Put it up and take it all down…within forty-eight hours. It’s Tuesday. If you get a tree today, it can be gone by Thursday, and then you can concentrate on the rest of the house stuff.”

“Your priorities are kinda whack.” I snorted. “Christmas is in three weeks. Don’t you FaceTime with your family?”

“They’re gonna notice the lack of cheer on the big day.”

“Look, I should probably get out there and deal with Tony,” I said, stepping toward the door. “I’m not opposed to taking your money, but I’m no designer and I don’t like the holidays any more than you do. I’ll ask in town. Janie Calhoun owns the Christmas store on First Street and she does some staging for a couple of home boutiques in the area. If you want this done right, she’s a better bet than me.”

“No, thanks. I’ve had my fill of designers.” He waved impatiently and stalked over to the bins. “How about this? Let’s buy a tree, put some lights on it, and throw on a few ornaments. Then we’ll toss the whole thing in the trash before noon on the twenty-fifth and be done with it.”

“And what about all that stuff?” I inclined my head meaningfully at the holiday shit he had yet to unpack.

“Leave the box with ornaments, and put the rest in the basement. Out of sight, out of mind. Or better yet, throw it all away.”

Cameron smirked unapologetically. “I told you so. My youngest cousin is having a baby any minute now, so with any luck, my aunts will forget about me for a while. Just knowing there’s a tree up will make them happy, and that’s what matters. So…what do you think?”

I fixed him with a long, hard stare.

“I think you’re up to something.”

He widened his eyes in surprise. “Such as?”

“I dunno. People who don’t like the holidays wouldn’t go through the hassle of hiring someone unqualified to do their dirty work, even if money were no object. It would be much easier to hole up in your office and hibernate for the rest of December. What do you really want?”

“Is this about sex?”

“Sex,” he repeated with a huff. “Don’t get me wrong, I’m not opposed to a repeat, but I’m not in the habit of paying for a good time.”

Christ, all he had to say was “repeat” and I popped a boner. 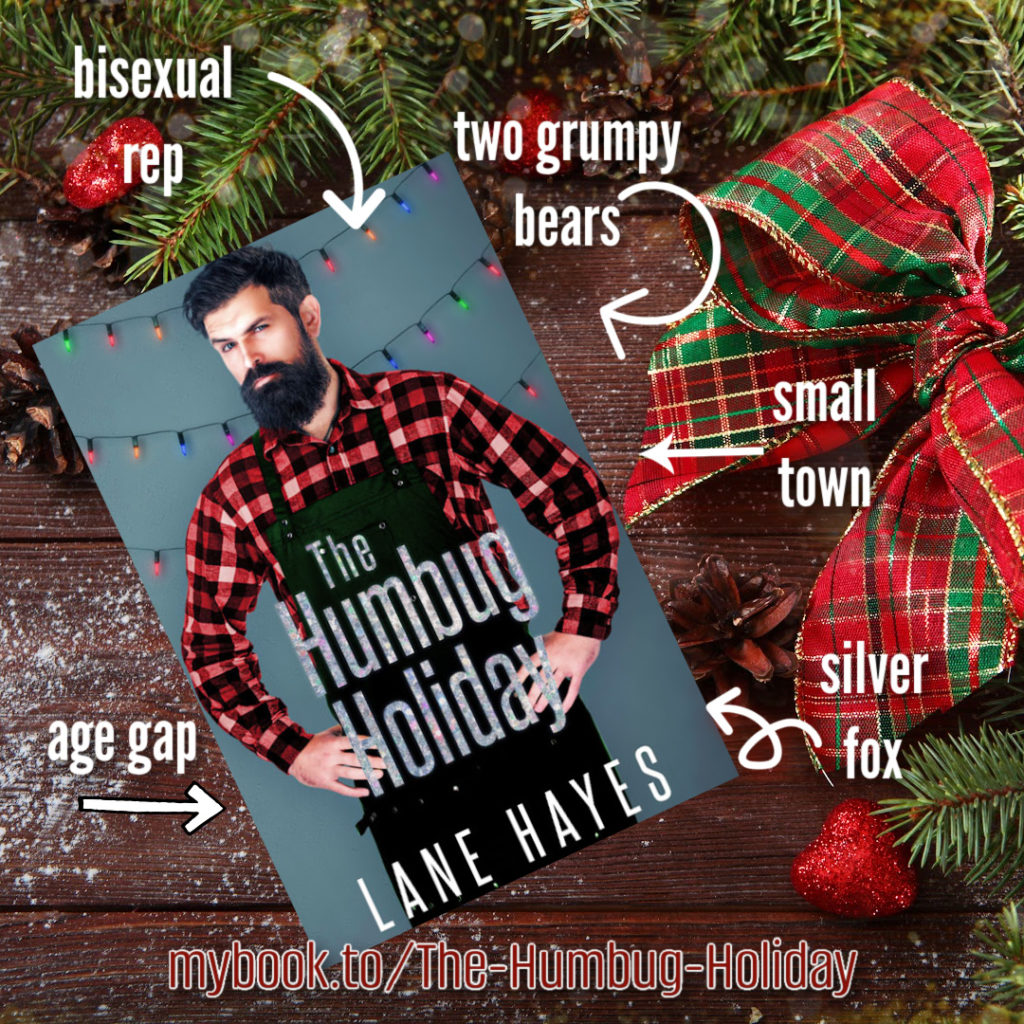 Lane Hayes loves a good romance! An avid reader from an early age, she has always been drawn to well-told love story with beautifully written characters. Her debut novel was a 2013 Rainbow Award finalist and subsequent books have received Honorable Mentions, and were winners in the 2016, 2017, 2018-2019, 2020-2021 Rainbow Awards. She loves wine, chocolate and travel (in no particular order). Lane lives in Southern California with her amazing husband in a newly empty nest.