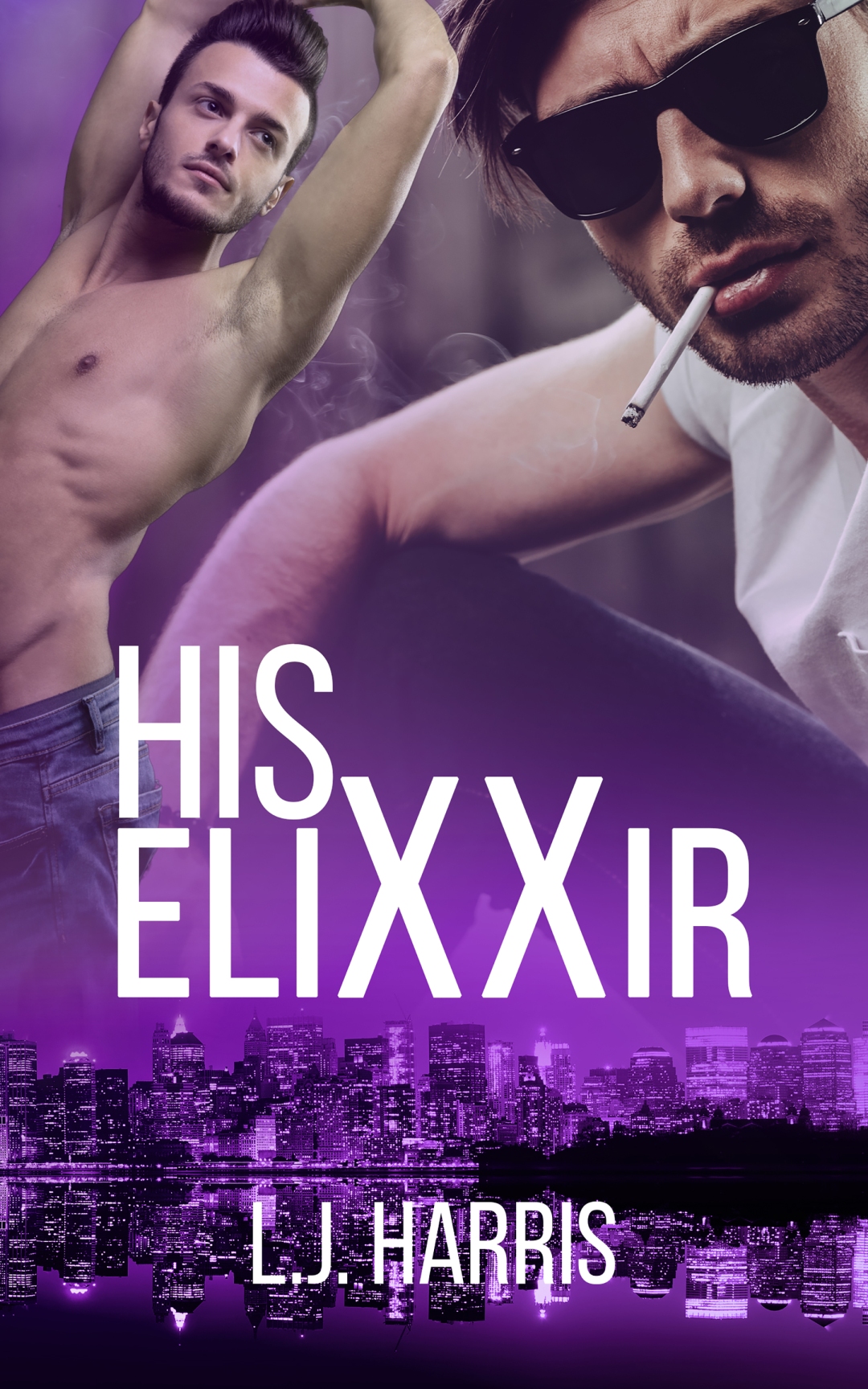 Trey Winters had always been a user. So arrogant and self-centered. Being co-owner of eliXXir, one of the highest profile clubs in Hell’s Kitchen meant he never failed to attract the hottest men around and toss them aside after one encounter. Trey had a life most would envy. One he reveled in, until a mystery man crossed his path one Valentine’s Day, complicating matters both in and outside the bedroom.

He didn’t want to want him.

Didn’t want to need him.

But fate, it would seem, had other ideas.

Noah Middleton craved to express himself the only way he knew how. Reach his full potential, chronic illness be damned. Accepting a place at a prestigious New York dance academy might have made his goal so close he could taste it, but after admitting to his best friend he’d been unable to stop thinking about the beautiful stranger he’d met on his last visit, said friend took it upon himself to play Cupid.

The man was irresistible.

And for Noah, that was the scariest part of all.

I’d never felt a gaze so intense. Trey’s penetrating eyes hadn’t stopped their relentless onslaught as I took a seat next to him. When I tried to give him my best smile, he blinked a couple of times, then responded with a brilliant one of his own.

The man was nothing short of sexy, even when it looked like he’d just rolled out of bed and thrown on the first thing he saw. From his thick, lustrous hair which stood up every which way to his faded black shirt and cargo pants that looked like they’d seen better days, he still looked like a catwalk model.

“Hey, sweet cheeks.” Justin beamed at his boyfriend then sat.

Wes grinned. “Your venti’s on its way.”

“My hero.” Justin sighed and threaded his fingers through Wes’s before pressing a kiss to his knuckles.

A pang of envy cut through me at the sight. Though I’d fought against the notion of another relationship, I couldn’t help but fantasize about having more with the man sitting next to me, drumming his fingers on the table, his gaze remaining glued to the side of my head.

“Good morning. May I take your order?” the waiter asked, his sudden appearance slicing through my thoughts as he set Justin’s coffee down in front of him.

“A stack of strawberry pancakes, please,” Justin answered, taking a mouthful of his drink.

“Western omelet and another cappuccino, thanks,” Wes followed as he let go of Justin’s hand and gave the waiter their menus.

While Trey remained in my peripheral vision, I perused the selections before me, deciding to treat myself to the breakfast I only ever ordered when I ate out. “I’ll have the eggs benedict with hash browns and extra crispy bacon, and a black coffee, please.” My request earned an approving little grunt from Trey.

“Bring me another double macchiato, and the eggs and sides as well. Oh, and can you add a serve of the sautéed mushrooms?” Trey requested. Gaze never wavering, he added in a whisper, “Seriously, Noah, you should try them.”

“Okay, sure. Why not? Add the mushrooms to my order too, thanks.”

“Good choice. They are especially plump today.” The waiter gave me a courteous nod as he took the menus from Trey and I, then topped that off with a subtle little wink directed my way. Justin sat there looking amused as ever, as did Wes.

I managed to stop myself from rolling my eyes at them both. Before his semi-inebriated confession hours earlier, Trey had only ever cared about sticking his dick into any willing mouth he could find, so why did my preference for the same breakfast foods as him even matter? And was that waiter trying to flirt with me?

Running a hand through the strands of my fake hair, I sighed.

“So tell me, Noah. How are you enjoying the city?” Wes piped up, his voice causing me to jump.

I gave him an appreciative smile, replying, “It’s been great, but I haven’t seen all that much yet, which is why Justin’s booked us into a sightseeing tour today. He told me he roped you two into tagging along. Sorry about that.” My gaze flickered to Wes then fixed on Trey.

“Doesn’t bother me,” Trey gave a look of indifference. At the same time, a palpable intensity seemed to radiate off every inch of him. L. J. HARRIS is a mother, wife, introvert, and author. Her family is her life, and the very reason she gets out of bed every day. Coming a close second is her writing.

She found her passion for putting pen to paper in her later years, jotting down poems in birthday cards for family members, then publishing some online stories.

Approached by a publisher to contribute to an MM Romance Second Chances Anthology, it was then a spark was lit, and ever since, she’s been unable to switch off the urge to share stories in both in the Gay Paranormal and Romance genres.

L. J. looks forward to continuing to share her love of the written word, and can be found at: