Wild and Precious by CJane Elliot

Gorgeous bosses, meddling friends, and personal ads—the path to love is never straight. Especially not for Brent Granger, who is ready to leave his straight ways behind.

Aspiring writer Brent has good friends and a great job at an arts magazine in DC, but he’s batting zero in the arena of love. He begins to get a clue why things aren’t working with women from his strong attraction to his boss Graham, who already has a boyfriend. When Brent sees a personal ad from a man named Cody that quotes his favorite poet, he decides to do something wild. 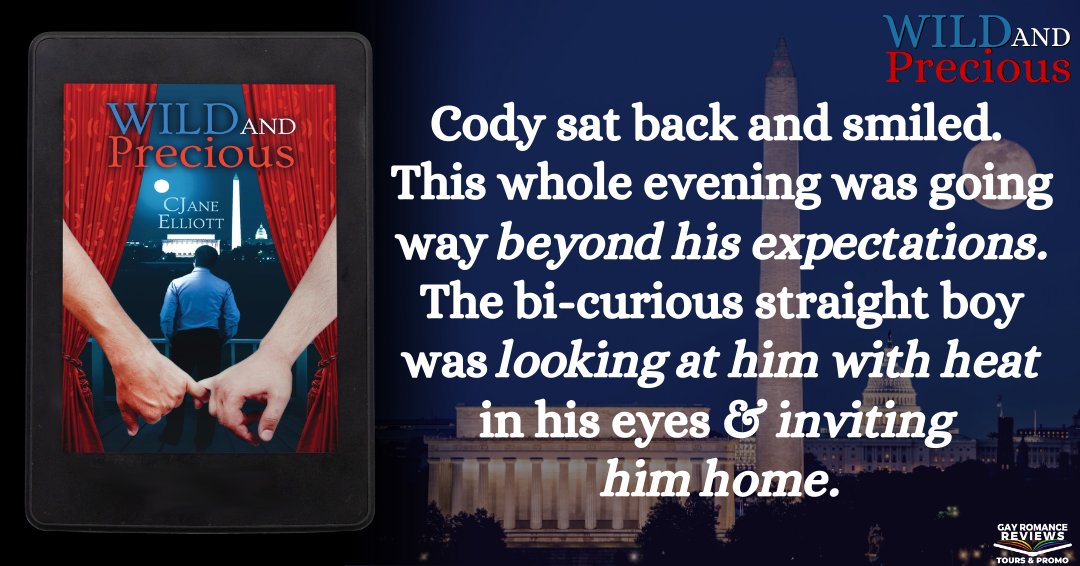 “Man, Graham was in a shit mood today. I’ve never seen him snap at anyone before in a staff meeting.” Ari lounged on the extra chair in Brent’s cubicle, waiting for him to finish up so they could go to lunch.

“I know. I wonder what’s wrong. I mean it’s hard to get the magazine out the week before Thanksgiving, but—”

Brent stared at her. “True facts?”

She gave a solemn nod. “Don’t ask me how I know, but yeah, it’s true. Stupid Hunter, what a jerk.” Like most of the magazine staff, Cindy was fiercely loyal to Graham.

“Fuck.” Brent couldn’t believe it. The elections had happened a few weeks ago, Hunter’s congresswoman had been reelected, and Graham had been so happy, anticipating Hunter’s homecoming.

After lunch, Brent walked to Graham’s office. The door was uncharacteristically closed, so he knocked, trying to ignore the pounding of his heart.

“Oh. Brent. Come in.” As Brent walked in, Graham ran a hand through his hair, muttering, “You’re about the only one I can stand right now.”

Brent felt a lump in his throat at those words. “I wanted to see how you’re doing.”

Being this close to him, Brent noticed the circles under his eyes, and felt a wave of anger at Hunter. He waited, but Graham didn’t offer anything else.

“Well. Um, let me know if you want to hang out or… or anything.”

Graham gave a tight nod. “Yeah. I’d like to do that. Sunday? Or will you be away for Thanksgiving?”

“No, I’m staying. Darrell and I have to go to the Sorenson’s for their fancy Thanksgiving soiree. Kill me now.”

“What about you? Are you gonna be okay? I mean, do you have a place to go?”

“Of course. Mother is overjoyed I’m coming home to New York City for once. Don’t worry about me.”

“Okay. Well… see you Sunday.” Brent walked toward the door.

He stopped and turned around.

“Thank you.” Graham’s mask slipped for a moment, and he bit his lip, appearing young and lost, before recovering his composure.

Brent couldn’t stand it. He clenched his fists as the words burst out of him. “He’s an asshole! Anyone who’d leave you is crazy!”

Not wanting Graham to see the sudden moisture in his eyes, Brent got out of there and fled to his cubicle, wishing a painful death on Hunter for making Graham look like that. He threw himself on his chair and smashed the keys on his computer, pretending they were Hunter’s face.

To celebrate CJane’s release, we are giving a lucky winner the chance to win e-copy of their choice from CJane’s backlist and a $15 Amazon Gift Card! 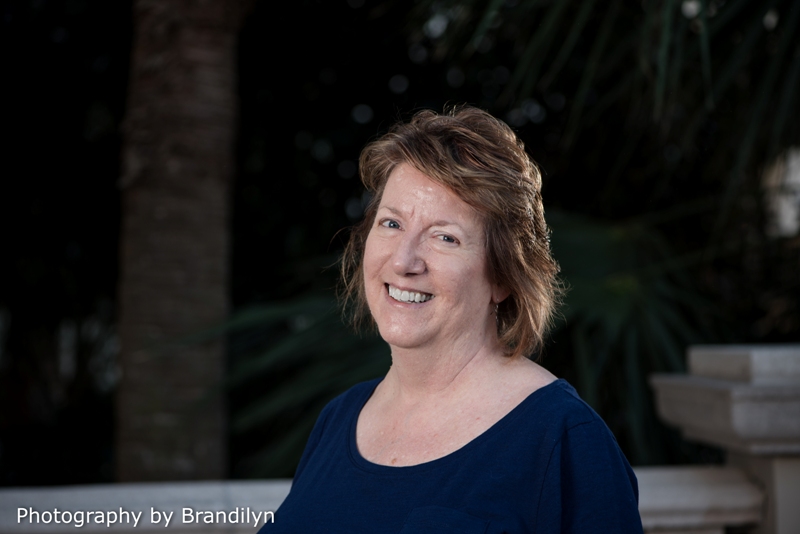 After years of hearing characters chatting away in her head, award-winning author CJane Elliott finally decided to put them on paper and hasn’t looked back since. A psychotherapist by training, CJane writes sexy, passionate LGBTQ romances that explore the human psyche. CJane has traveled all over North America for work and her characters are travelers, too, traveling down into their own depths to find what they need to get to the happy ending.

CJane is bisexual and an ardent supporter of LGBTQ equality. In her spare time, CJane can be found dancing, listening to music, or watching old movies. Her family supports her writing habit by staying out of the way when they see her hunched over, staring intensely at her laptop.

CJane is the author of the award-winning Serpentine Series, New Adult contemporary novels set at the University of Virginia. Serpentine Walls was a 2014 Rainbow Awards finalist, Aidan’s Journey was a 2015 EPIC Awards finalist, and Sex, Love, and Videogames won first place in the New Adult category in the 2016 Swirl Awards and first place in Contemporary Fiction in the 2017 EPIC eBook Awards. Her contemporary novel All The Way To Shore was runner up for best bisexual fiction in the 2017 Rainbow Awards.