Ever been torn between two lovers? That’s Ricky Comparetto’s problem.

It’s 1995, and Ricky is making his very first trip across the pond with his best friend. Ricky, hungry for love and looking for it in all the wrong places, finds it in the beach city of Brighton. His new love has the curious name of Walt Whitman and is also an American, which only serves to make him sexier and more intriguing. By the time Walt and Ricky part, promises are made for a reunion in Boston.

But the course of true love never runs smoothly. In Chicago Ricky almost immediately falls in love again. Tom Green is a sexy blue-collar beast with the kindest heart Ricky has ever run across.

What’s he to do? With a visit to the East Coast on the horizon and a new love blossoming in Ricky’s home of Chicago, Ricky truly is torn.

It was the cheapest flight we could find. Air India, round trip, O’Hare to Heathrow, around seven hundred bucks. We snatched up the fare because my best friend, Boutros BinBin, was homesick and wanted to show me his homeland, “the place that made me who I am.” If you know Boutros, you know this is a scary thought. And yet I still wanted to go.

We snatched up our tickets because we were both sick of Chicago, dreading the humid summer we knew was in store, and because I had done about every guy on the North Side.

We’d do London (and EuroPride). We’d do Brighton (Boutros called the seaside town the San Francisco of England because it was so gay—in a good way). We’d do Boutros’s ancient hometown, Bath. Honestly, one of us would do just about any attractive male within the age range of eighteen to, oh, sixty-five—but the latter part was always negotiable. In the dark, a hard dick is a hard dick.

Or maybe I’d find Mr. Right. “You’ll find a hundred Mr. Right Nows if I know you,” Boutros said. Boutros could always see through me like I was made from glass. It was this attribute that I both loved and hated about my best friend—and probably what drew us together when we’d met a couple of years before at a gay writers’ group called the Newtown Writers, in Chicago. I was drawn to his sense of humor, and he was appalled by the Daisy Dukes I wore to the first meeting.

Just a few short years later, we were both summarily thrown out of the writers’ group. Boutros said it was because we were the only two who’d been published, and I argued that it was because we appeared at a meeting at his house wearing nothing but a smile. Gay men! They’re always trying to get you naked, and then, when they succeed, they get offended!

We agreed to lick our wounds over coffee. Compounding the pain of being ousted from the writers’ group, I had recently ended a relationship. Boutros lent a sympathetic ear to my man troubles, which were then all about my indolent, smart, perpetually stoned, and job-challenged boyfriend, Henry, whose life revolved around marijuana—growing it and smoking it morning, noon, and night. I wondered what it was he needed to escape. When I asked Boutros, he told me, “Probably because he can’t stand waking up sober next to that face. And I can’t blame him.” Only Boutros could say such things to me, knowing I would somehow interpret them as demonstrations of love and caring. When we finally broke up after Henry had quit yet another job that was way beneath him, I cut ties.

And yet, I was devastated. Boutros led me through mourning the end of my first gay love with a firm hand, a lot of sarcasm, and a willingness to listen while I rambled on and on into the phone, wondering if I’d done the right thing. After all, Henry could be sweet, although he’d never admit it. On the day Henry moved out (while I was at work—a concept foreign to him), he left the CD player on and Whitney Houston’s “I Will Always Love You” playing on infinite loop. Even though I knew Boutros was probably appalled by the sappiness of this gesture, he listened as I choked out words of devastation through sobs, and demonstrated admirable restraint when he could have cut me down to pathetic size with a couple of bon mots. Support like his, coming at a crucial time, often cements two people together.

So when Boutros proposed we jet off across the pond together, I was beyond thrilled. Even though I knew I couldn’t afford it on my catalog copywriter salary, which barely paid my rent, going to Europe, especially England, had always been my dream. I’d grown up with a pen pal from the West Midlands and had developed a keen interest in the place from her long letters describing Cannock Chase and the little Staffordshire village in which she lived. Perhaps I could see her, too, while I was there. It would be our first meeting in person.

Boutros convinced me to clean out my bank account for the trip by saying that once we got there, we could stay with friends and family wherever we went. All we’d have to pay for was food (fish and chips!) and drinks (Guinness!). We’d get around via the tube, and for longer distances, we’d take advantage of England’s very user-friendly trains that went just about everywhere.

I desperately needed a break from my boring job and from nursing my broken heart (even if I was the one who technically broke it), so I was on board.

Well, actually, I was on board right that very moment, Boutros next to me. We were on a double-decker plane that was enormous, much bigger than anything I’d ever flown on—not that I’d flown much, just a handful of flights between Chicago and Pittsburgh, Pennsylvania, which had the closest airport to my hometown of East Liverpool, Ohio.

The flight attendants, all women, wore saris. The plane was filled mostly with eastern Indians. Heathrow was a layover for them, not a destination, as this flight continued on to New Delhi.

“Ah, the sweet smell of curry is in the air,” Boutros whispered, leaning close to my ear.

“Hush.” I looked around, praying no one had heard him. I got his sense of humor—which involved saying a lot of things simply for their shock value—but I doubt that anyone else on the plane would.

I already felt as though I’d stepped into another world. I couldn’t wait to get to our destination and see what adventures were in store.

One of the flight attendants came around pushing a trolley. On it were small Styrofoam cups and full-size bottles of whiskey.

“Would you like?” The dark-haired woman smiled at Boutros and me, gesturing toward the bottles and cups.

Indian custom? I shrugged. What the hell? “Yes, please. One for me, and one for my friend here.” I leaned back a little so she could see Boutros in the middle seat. I doubted she could miss him, though, dressed as he was in palazzo pants with a yellow-and-purple paisley pattern, and a white muslin peasant shirt. His black hair stood up in a multitude of directions, and his mustache, waxed, stuck out so far, he could make the truthful claim that one could see the mustache from behind him. The goatee below the mustache was just beginning to gray. His earring and nose ring were connected by a dangling silver chain. He liked to say his face was “done up like a Christmas tree.”

Sometimes I wondered if people even saw me when I stood next to him.

“One?” Boutros scoffed. “Amateur. Could we have two?”

She nodded, smiling, and poured us each two shots of whiskey. She handed them over, and we both quickly downed the first and then handed the cups back to her. Boutros belched and said, “Check back on us, would you?”

The flight attendant’s smile didn’t waver. Serenely, she moved on to the next row to ply the whole plane, I presumed, with strong spirits.

Boutros reached for his leather backpack, which he’d stored under the seat in front of him. “Surprise! I’ve got a little something here that will help shorten the flight, if you know what I mean.” He grinned mischievously as he groped around in the bag’s outer compartment. He brought out a prescription bottle and shook it. A couple of pills rattled.

“Morphine, sweetie, from when I had that cyst out in hospital. Remember? I punched that nun when they started cutting before the anesthetic set in.” He leaned close, rubbing up against my shoulder. “I saved these two just for you and me, darling.”

“You’re too good to me. They say time is the most thoughtful gift, but I beg to differ. I say it’s drugs.” I returned the shoulder nudge, then held out my hand like a beggar.

We popped the morphine, washing it down with our second shot of whiskey. The unvoiced plan, of course, was that we would sleep on the overnight transatlantic flight, arriving in London the next morning refreshed and ready to begin our sightseeing after dropping our stuff off at Boutros’s friend Trevor’s place in Westminster.

Maybe I was too excited to sleep, but even after a third shot of whiskey and morphine, I was still wide-awake for the full eight-hour flight. And perhaps my excitement was contagious, because Boutros couldn’t catch a wink either. We watched our flight’s progress on a screen on the back of the seats in front of us. I thought, Hurry, hurry.

If anything, the drugs and alcohol had the curious effect of making us even more bright-eyed and bushy-tailed than either of us usually were. After trying fitfully—and desperately—to sleep, fluffing the thin and starchy pillows our flight attendant had given us, we passed the night talking about what we’d see and do, following the vivid colors and subtitles of the inflight movie, Raja, which was, from what I could gather from the subtitles, a romance about a young man reuniting with the woman he was supposed to marry years earlier. We ate the meals the airline offered—chicken tikka masala and basmati rice for me and saag paneer and rice for him. Even though it was Indian food, which Boutros and I both adored, it was airline food…and thus barely edible. Fortunately, they brought out the complimentary whiskey cart again near the end of the flight.

And, at around 10:00 a.m. London time, we touched down on the runway at Heathrow International Airport. 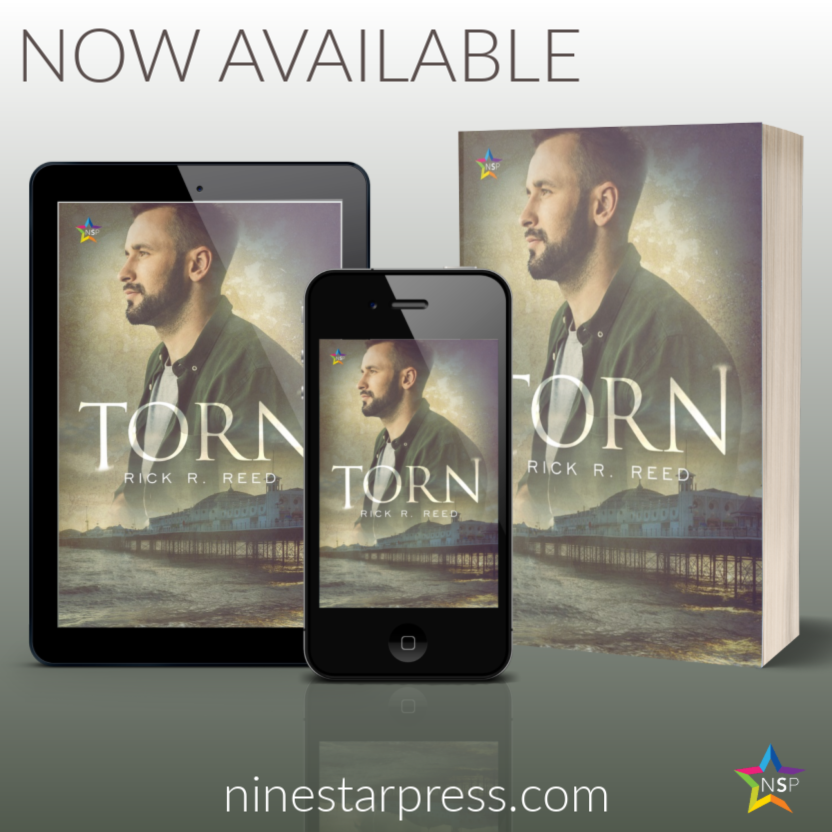