Edward and Izzy have been antagonising each other for over three years. Their rivalry is fierce, and Edward is determined to keep Izzy at arm’s length. Which would be all well and good… if they weren’t engaging in a secret, heated hook-ups.

Forced to appear together at a film premier in LA, Edward is determined to get in and out with minimal damage to his reputation… and his heart. But Izzy Montes proves to be a complication Edward couldn’t have predicted. Biting, funny, and charming in equal measure, he’s the one man Edward needs to loathe.

He’s also the one man Edward can’t get out of his mind.

Not that Izzy plans on letting him.

Charisma Check is a 80,000-word contemporary MM romance featuring comic conventions, snark, many costume changes, and only one bed. It is book two in the Roll for Love series and should be read as part of the series. 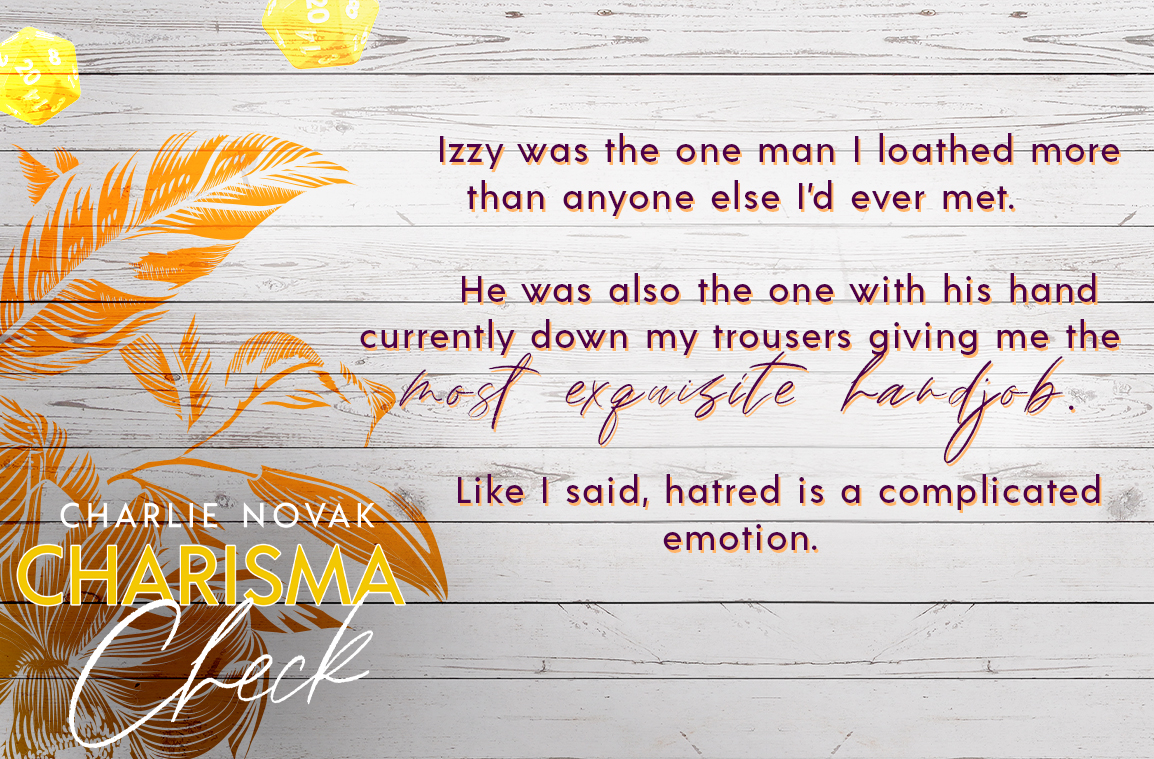 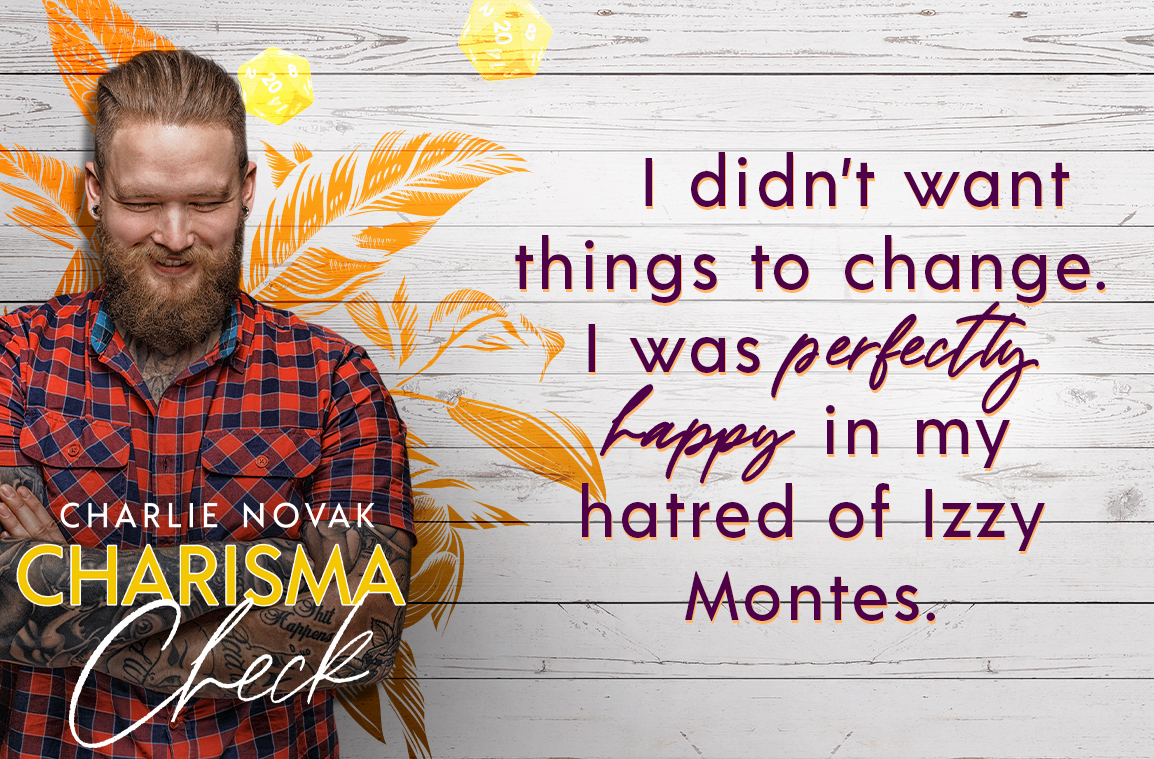 Charlie lives in England with her husband and a dachshund named Biscuit. She spends most of her days wrangling other people’s words in her day job and then trying to force her own onto the page in the evening.

She loves cute stories with a healthy dollop of fluff, plenty of delicious sex, and happily ever afters — because the world needs more of them. Charlie also believes that loves comes in all shapes and sizes.

Charlie has very little spare time, but what she does have she fills with cooking, pole-dancing, reading and ice-hockey. She also thinks that everyone should have at least one favourite dinosaur…

#QOTD What's an author that gives you all the feels?⁠
Happy Friday (fellow Aussies) and Happy almost Friday for the rest of the world!!⁠
OMG, Where has this year gone?⁠
Theme divider⁠
Theme divider⁠
Bring some colour to my feed!⁠
Loading Comments...
Comment
×
%d bloggers like this: