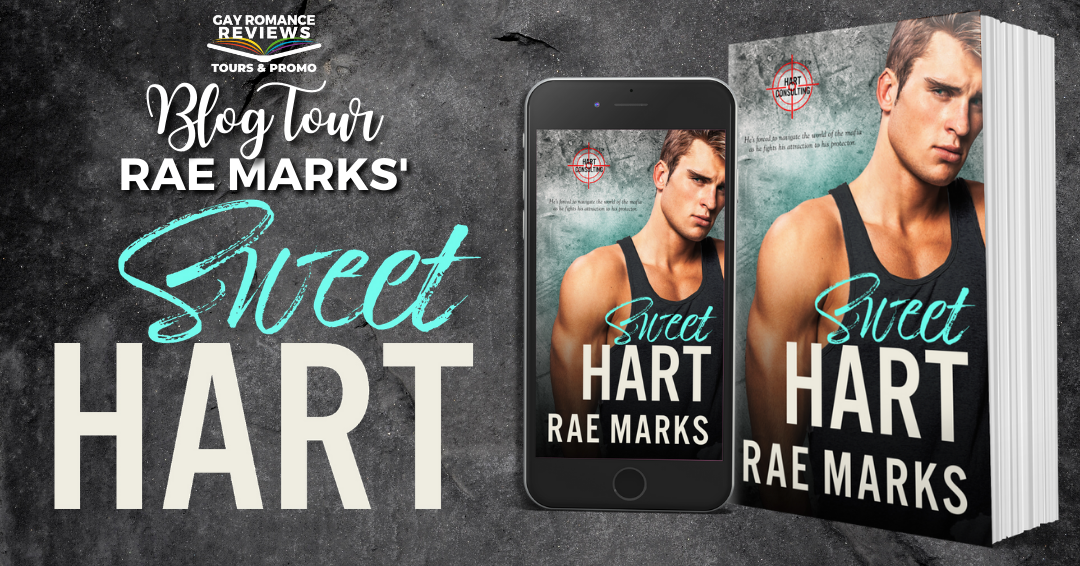 When Brayden stumbles into a covert operation, Sam has to keep him alive. Together they navigate their unexpected attraction and the world of the Ukrainian mafia.

Brayden Hart needs to find his older brother Mason and time is running out. Mason disappeared after being discharged from the military two years before. While on leave from the army, Bray follows a lead his friend has been able to find. When he knocks on the door of a dingy apartment outside Miami, the last person he expects to meet is the gorgeous but grumpy Sam Wheeler.

Sam denies knowing Bray’s brother and turns him away. But Sam is Bray’s only lead. Luckily, Bray’s childhood friend is one of the best hackers in the country and helps Bray follow Sam to Ukraine.

In Kiev, Bray falls blindly into the fray of a covert operation and Sam steps in to keep him alive. While navigating the choppy waters of the Ukrainian mafia, Bray and Sam fall into the bedroom. But what happens when the mission ends?

“Calm down,” Sam said. “I’m not mad, but don’t flirt with Ax.” Bray had been unpacking his toiletries from his backpack, but he stopped and looked up at Sam. Was Sam jealous? Of course he wasn’t. He was just playing jealous. “I wasn’t flirting. Ax isn’t interested in me. He thinks I’m a kid.” Bray gave Sam a sharp look. In return, Sam gave him a half smile. That little lift at the corner of Sam’s mouth made a real smile break free on Bray’s face. “Ax is two years older than you. I can call you both kids if I want to. Now, take off your clothes.” Every muscle in Bray’s body froze in fear and excitement. “I want to check all your injuries.” Bray swallowed and nodded. He didn’t examine his disappointment too closely at Sam tacking on that second statement. Wondering if this was an act or if Sam really wanted to check him, Bray raised his eyebrows in question. Sam nodded. After putting his toiletry bag on the counter in the bathroom, Bray tried to will away the half chub that had plumped up as soon as Sam had told him to get naked. Bray slowly took off everything but his boxers. Head down, Bray hurried out of the bathroom and plopped down on the bed. When Sam knelt in front of Bray’s knees, his heart rate doubled. Images of other things Sam might do on his knees bombarded him. With his pants gone, Bray did everything he could to keep his body from reacting to the proximity of Sam’s mouth to his dick. His abdominal muscles tightened as Sam gently prodded and the pain took care of any problem he might have had with tenting his boxers. “I don’t imagine many people get to see you on your knees,” Bray blurted. He wanted to face-palm himself. Why did he get so tongue-tied around Sam? “Only you,” Sam replied with a smirk. “Unless of course you get yourself killed.” Bray rolled his eyes but then hissed out a breath when Sam continued to prod him. Sam covered up Bray’s little blunder seamlessly. He wanted to apologize, but that would break character too. “I think sex is off the table, for tonight at least.” Sam winked at Bray when he said it, like they should both be relieved for the reprieve. He could only nod and give a small smile to hide his…was it really disappointment? 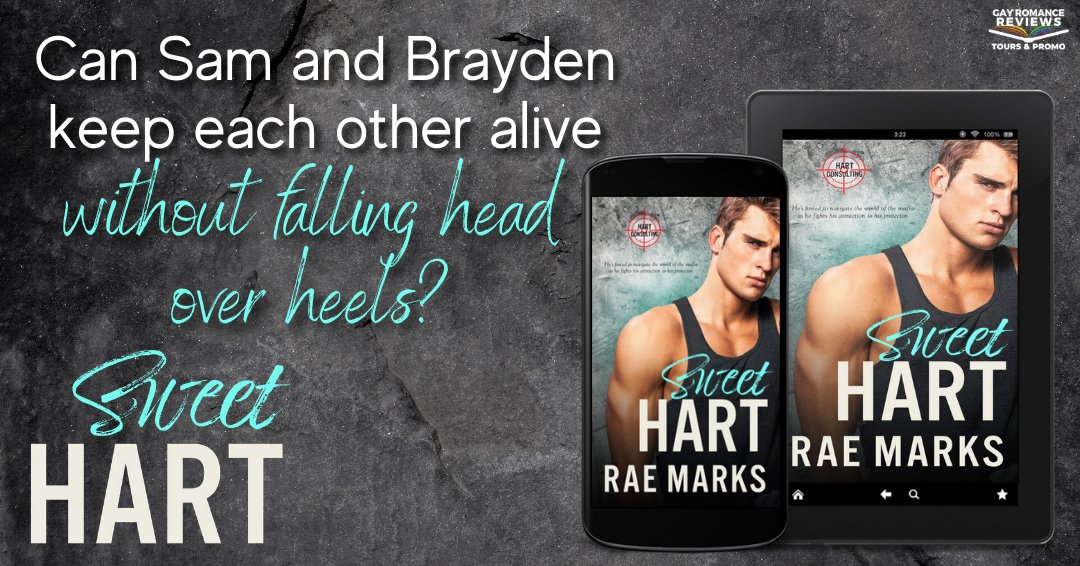 To celebrate the release of Sweet Hart, we are giving readers the chance to win a $5 Amazon Voucher and an ecopy of Sweet Hart! 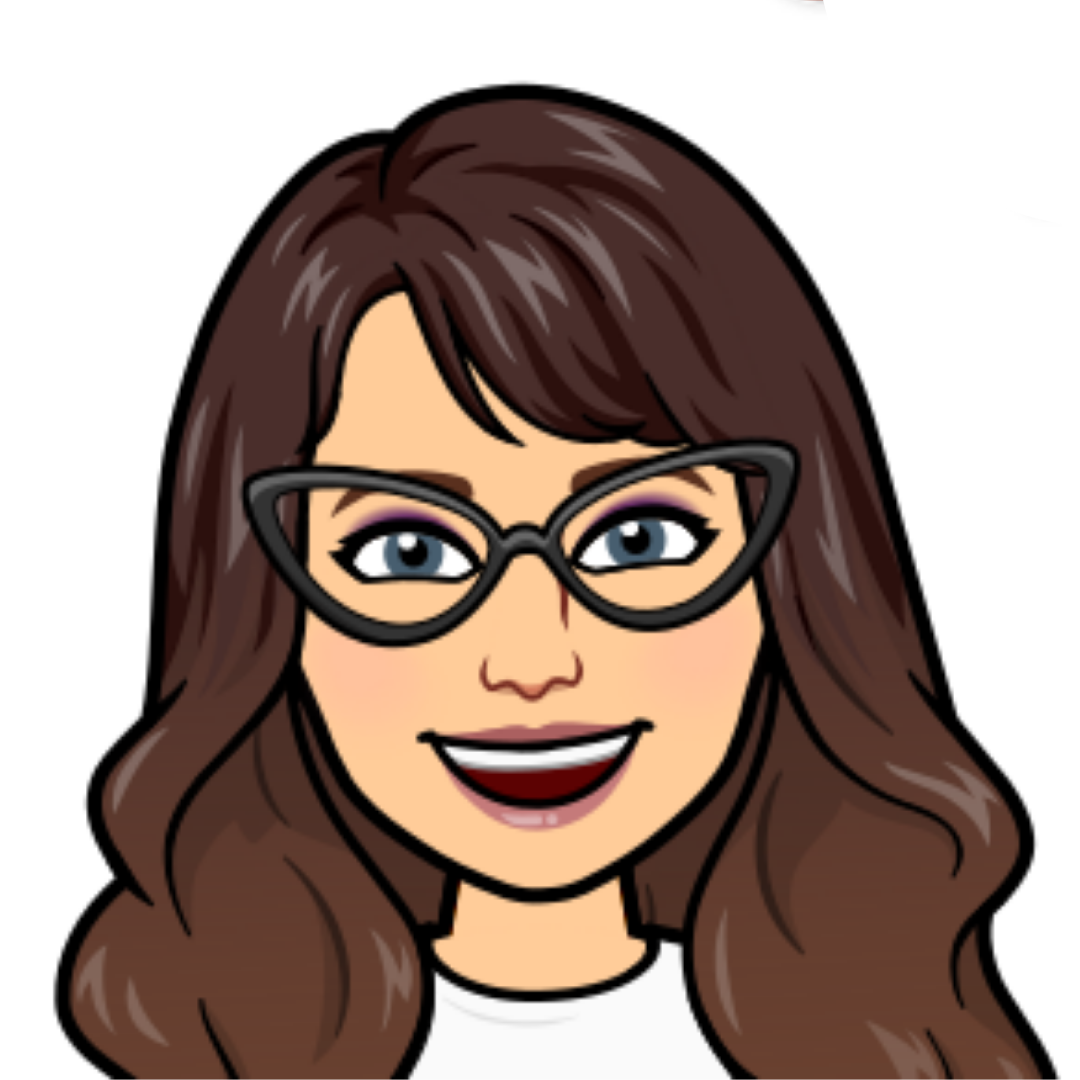 Rae has been secretly penning romances since high school. It started with short stories that grew into full-length novels. When she received her first Kindle and had thousands of books at her fingertips, she became a little distracted from writing. Then one day she read a book that she would have written a different way. She began writing again and hasn’t stopped since.

When she’s not writing, Rae can usually be found reading, walking along the beaches of Half Moon Bay, or taking her geriatric dog to the vet, yet again.