It is a standalone story and does not end on a cliffhanger.

This is the first in a new series of standalone novels. The second book is due out in June. 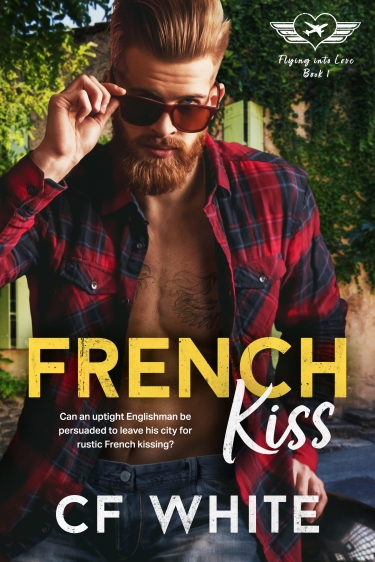 Can a French kiss persuade an uptight Englishman to leave his city behind and start a new life in rural France?

When Dale hires Valentin to help him fix up his inherited farmhouse estate in rural France and sell to the highest bidder, sparks fly.

Complete opposites, can they really expect their insta-lust to last beyond the storm that forces them together?

But how can Dale walk away from a man so alluringly rogue as Valentin Aubrey?

And how can Valentin expect a man so money-orientated to throw away his career and stay in the wilderness with him?

French Kiss (Flying into Love #1) is a Contemporary, Age-Gap, Hurt/Comfort, Forced Proximity MM Romance featuring an uptight English businessman with a preference for nameless hook ups and a rugged half-French handyman with a chequered past.

Stomach knotting, roiling, fluttering, Dale laid eyes on Valentin, axe held high over his head then swinging down to slice through chopped wood balancing on a tree stump. If that wasn’t the most spectacular thing Dale had ever seen in his entire life, he had no idea what was. He held his breath, lurking on the periphery and willing himself not to be seen. He wanted to watch. He wanted to gaze on that sight without fear. He wanted nothing more than to stare as though it was a show just for him.

Valentin threw a chopped log onto a pile, wiping the sweat from brow with his plaid shirt sleeve and smearing mud across his face. He then set another on the stump and swung the axe. Voracious hunger surged through Dale as Valentin grunted, thrashing the blade down into the log. It was so barbaric. So feral. So wild Dale had to inhale a tantric breath. Flustered and ravenous, Dale lost all rational thought. He hadn’t seen anything like it before and his cock throbbed, unveiling his voyeuristic side and exposing him to his type.

Valentin stopped, then undid his shirt, wriggling it down his arms to drop to the ground, luscious, tanned torso now on display with those Angel-wing tattoos for Dale to feast upon. If Dale thought his heart had been pounding before, it then tripled pace. Valentin was so ripped. So defined. So masculine, and every outline of strength and sinew on his back, his chest, his stomach, his decorated arms as he lifted the axe and yielded it to cut through solid timber, had Dale’s pulse racing.

Dale’s throat dried as animalistic desire raged through him, inflating both want and need. His dick stiff and rigid, demanding to see for itself, Dale could do nothing but stand and stare.

Valentin glanced up, maybe sensing he was being watched. Was that a hunting instinct? He blinked, a cloudy rush of breath billowing from his lips as he exhaled into the mist. God, he was so savage. So rugged and raw. Dale should move. He should shake himself out and move. He should make up some utter bullshit of why he was standing there that wasn’t salivating over him chopping logs. He should pretend he’d heard something. He should, at the very least, stop staring.

But what he wanted to do was take Valentin by the neck and kiss him.

Valentin threw the axe to the ground, grabbing his shirt and sliding it on as he jogged toward him. “Dale,” he said, breath light and airy, so unlike the atmosphere between them, laden with desperation.

Dale couldn’t speak. All words caught in his throat at the sight, at the scent, at the scorching skin exposed on Valentin’s chest that Dale wanted—needed—to touch. He’d never felt anything like this. Ever. It was so all-consuming. Mesmerising. Bewitching. It was so beyond any rationality and reason that Dale couldn’t comprehend what was happening to him.

“Dale?” Valentin searched him. “Are you okay?”

Dale forced himself to nod, breathing out a deep and rumbling, “Mmm, hmm.”

“Sorry if I woke you. There’s a storm heading for us. Needed wood for the fire. It might pass us, but it’s worth stocking up the fuel while we can.”

Dale inhaled. All he could smell was Valentin. His sweat. His musk. His beard. Dale never wanted to breath in anything else again.

“Are you sure you’re okay?” Valentin frowned, then without a hint of warning he placed a palm to Dale’s forehead, his touch sending shockwaves sparking through him.

Dale gripped Valentin’s wrist, digging fingertips into him, holding his hand where it was. “Valentin.”

Valentin held his gaze. “Dale,” he breathed out. “I don’t want to make the same mistake twice.”

Dale dropped his arm to his side but refused to let go of Valentin’s wrist.

“Don’t make me.” Valentin’s voice was soft, shaky, filled with fear and worry yet had an undeniable growl of want. As though he was struggling to control himself. He trembled, glancing to their locked hands as he uttered with caution, “Je te veux.”

Brought up in a relatively small town in Hertfordshire, C F White managed to do what most other residents try to do and fail—leave.

Studying at a West London university, she realised there was a whole city out there waiting to be discovered, so, much like Dick Whittington before her, she never made it back home and still endlessly search for the streets paved with gold, slowly coming to the realisation they’re mostly paved with chewing gum. And the odd bit of graffiti. And those little circles of yellow spray paint where the council point out the pot holes to someone who is supposedly meant to fix them instead of staring at them vacantly whilst holding a polystyrene cup of watered-down coffee.

Eventually she moved West to East along that vast District Line and settled for pie and mash, cockles and winkles and a bit of Knees Up Mother Brown to live in the East End of London; securing a job and creating a life, a home and a family.

After her second son was born with a rare disability, C F White’s life changed and it brought pen back to and paper after having written stories as a child but never had the confidence to show them to the world. Now, having embarked on this writing journey, C F White can’t stop.

So strap in, it’s going to be a bumpy ride. 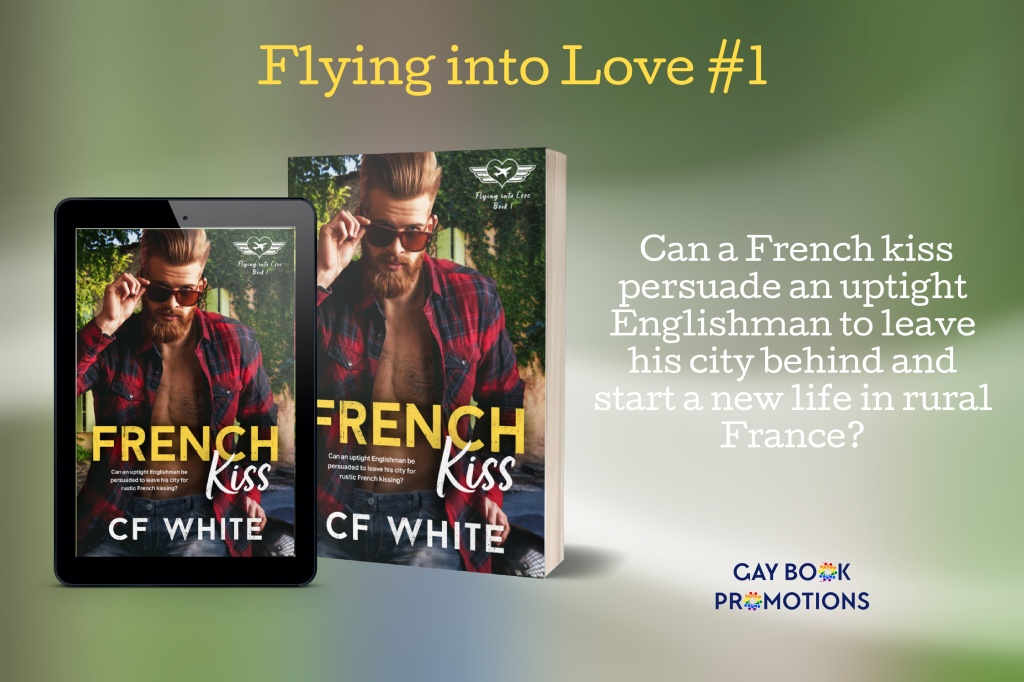