Denim by Design by Megs Pritchard 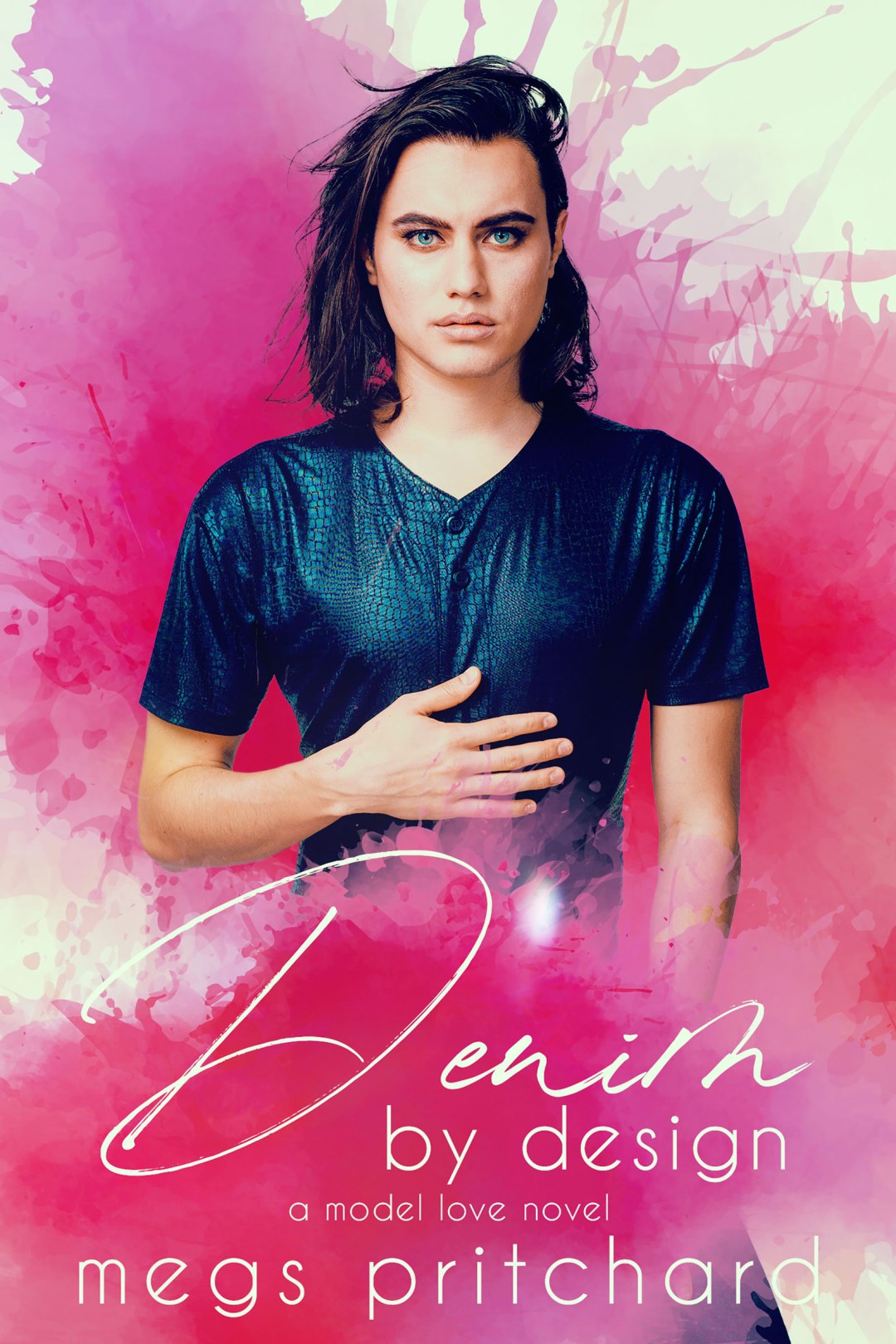 Can Stan and Milo find love, or is mixing business and pleasure too much to handle?

Stan Banks has been working for MacKay’s Models for five years and has seen many gorgeous men and women walk through the doors. None have made him consider breaking his cardinal rule of not getting involved with any of his models until he meets Milo McKenzie.

Needing money, student and aspiring writer Milo uses his good looks to get signed by McKay’s Models. His agent, Stan, piques his interest, even though he’s off limits.

One party and a hotel room later, and both men want more.
But are the potential repercussions worth it?

Denim by Design is a 46,000 word MM romance novel, with an age-gap, with an ex who won’t quit, and some smoking hot sex. It is part of the Model Love multi-author series. Each book can be read as a standalone in any order, but there are so many models falling in love, why not read them all? 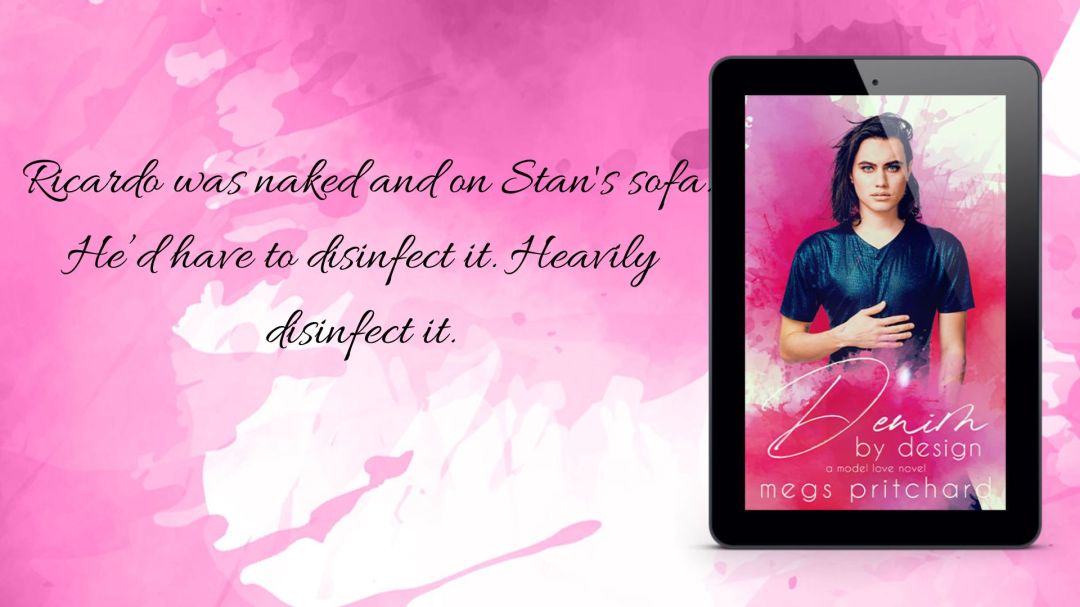 Teaser from Denim By Design

A hand slid over Stan’s shoulder and pulled him around until he faced Milo. A finger touched under his chin and lifted his face up until Stan was looking into Milo’s eyes. “Hey, don’t look down. I prefer you to look at me so I can see you.”

Stan swallowed. This was getting very real, and what the hell had he expected to happen when he came here? He wanted to meet a man who made him tremble, someone who he could just let go with, and now he had it, he was fucking it up.

“On the bed, Stan. On your back.” Stan hesitated to move. “We’re not doing anything you haven’t experienced before. You don’t have to worry.”

Stan lay on the big bed that took up the centre of the room and finally looked around it. Standard hotel room decor, but it made the whole situation more real. Stan’s heart rate picked up, and he swallowed, closing his eyes. Fuck, he was thirty-five and acting like some kid. He couldn’t do it. He shouldn’t have come. “Milo—”

“Breathe, Stan.” The bed dipped close to his head, and Stan’s stomach rolled until he felt Milo’s hand slowly stroking his arm. He closed his eyes and breathed. “Nothing more until you’re ready.” 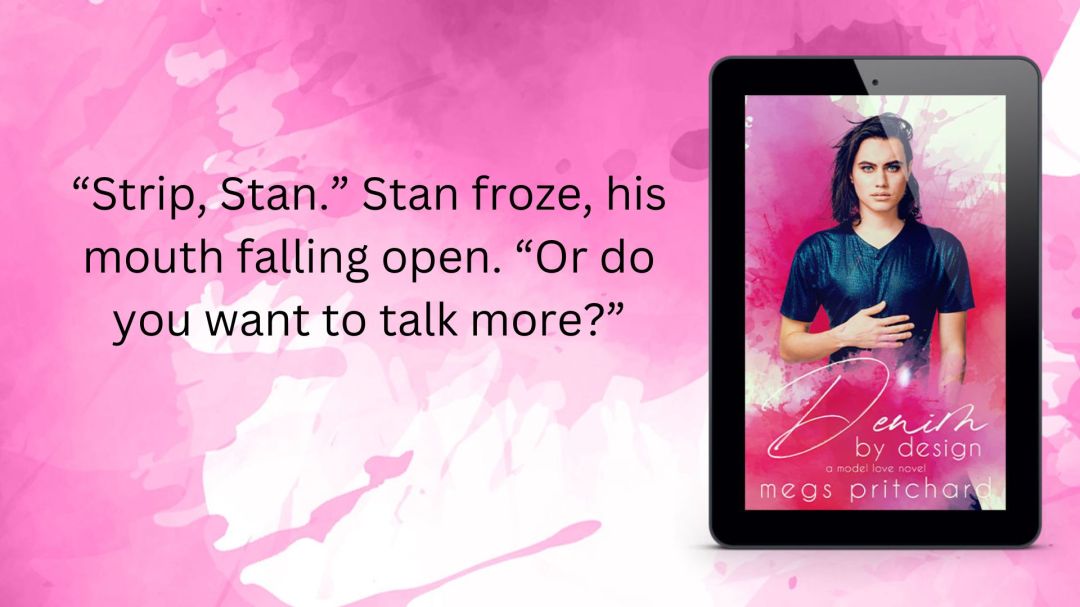 Getting Signed by Colette Davison

Strike A Pose by Jackie North

Denim By Design by Mega Pritchard

To celebrate the release of the Model Love Shared World Collection, the authors are giving away a $50 Amazon Giftcard!

With so many models falling in love,
why not collect them all?

Megs Pritchard lives in England and is a mother to two boys who drive her crazy! When she isn’t working or being mum, tearing her hair out or drowning her sorrows in alcohol, she is busy writing about complex characters that know the harsh realities of life but want a HEA.

Megs writes both contemporary and paranormal romance and is working on several new series.

Growing up in a military family, Megs has travelled Europe and has a great deal of respect and gratitude for all the men and women who have and who still serve. Her dream job was to be a Bomb Disposal Expert and even had her own ‘kit’ when she was younger, which her dad took away from her one day because he didn’t like tripping over the floss she was using as her trip wire. She thought it was a good idea. He may have also taken away her cricket bat too which she was using for Self-defence!