Lichen grew up dreaming he was going to test into the Earth Caste. But when he walked out of the testing chamber with the brown hair of Earth and the blue eyes of Water, he knew something had gone terribly wrong. Instead of his dream, he tested into the elusive Ether Caste, which made him both a cherished wonder and a pariah. Unable to handle the strange mixture of adoration and abhorrence from his peers, Lichen leaves the Monastery with the hope of finding some sort of happiness.

But, when tragedy strikes the Monastery, Lichen fears he won’t be of much help. He still wants to lend a helping hand, or at least a shoulder to cry on, but the quest the Oracle sends him on instead is much more important—so important, in fact, that dying to ensure the success of his mission is a real possibility.

Water was unpredictable, constantly moving and changing. The Oracle knew that all too well. And yet, that fluidity was forever confined. The water balances were the cruelest of all the Castes. Water moved as much as Air, always somewhere different within the next hour, but Air could go anywhere while Water could not.

Earth dictates the flow of water. That was perhaps the worst of the balances. Water fought against it as much as possible, carving and smoothing the earth, but it never broke free. The Oracle’s Water Dragons never broke free.

Until the terrible moment they finally found the only way to escape, and the Oracle was never sure if she ought to rejoice with them or cry for them.

The twins were cherubic the first time she saw them. They were adorable toddlers with blond hair, bright-blue eyes, and wide smiles. To the awe of their parents, she had gently placed her hands on their foreheads, and listened.

The girl child would grow up strong and beautiful. She would be loved by everyone as a child, spoiled in the arms of her adoring fans. She would make people laugh with a smile and brighten a room just by entering it. She was a Water child. Her personality flowed gently like a stream, burbled like a brook, and shined under the warm sunlight.

Then she would test into her Caste and walk out of the testing chamber with the Dragon of Water tattooed across her back. Her hair would turn three different shades of blue, shifting constantly like water continuously moving through a stream. But every stream eventually hit the turbulence of rapids as it flowed over jutting rocks and debris. Her status would eventually lead to a treacherous waterfall and death on the rocks at the bottom. But that was her freedom, her escape, from her restrictions as the Dragon of Water.

Her brother would be a different story. He was shy and happy to allow his sister to take the limelight. He was akin to a small lake tucked into a mountain grove where only the few and privileged could find and enjoy his existence. He would grow up in the shadow of his twin sister, and he would be happy with his lot. Until his testing. His sister would walk out of the testing chambers the Dragon of Water. He would enter the chambers moments later with high expectations, but he would walk out with a uniform blue back and nothing more. Not even a ripple to destroy the endless pool of blue. He would share the same blue hair as his sister, but the similarities would end there.

His tattoo was of the deep sea. It was empty of creatures or landmarks. Only the currents, constantly changing with the tides, graced his back. The Oracle knew of the potential there, that eventually something lost would swim into view and find a home, but no one else did. How could one twin test so highly and the other so poorly? The Masters would ask that question incessantly.

He slipped back into the shadows of his sister’s life and watched as she was destroyed.

The Oracle’s Monastery was sick, her Masters poisoned by greed and power. They wanted things his sister couldn’t give but took those things anyway. A faction of men offered themselves up like geese to the slaughter in the belief that lying with the Dragon of Water would bring them extra prestige in their Castes. If she had their child, their prestige would double. So they heckled her and followed her around. It was the norm. Enough women did the same whenever a man tested extremely high, so no one attempted to help her.

A different, but no less obnoxious, faction believed it was the duty of every strong Caste member to have as many children as they could. A child of the Dragon of Water would no doubt test strongly, as had proven true in the past. They conveniently forgot all the times a child with presumed pedigree did not test well and so continued in their quest to force the Dragon of Water to have as many children as she could.

The Oracle did try to help the twins, but some futures were set in stone, and all she really did was prolong the pain. She sent both twins away on quest after quest, hoping they would find somewhere new to live and not return to the Monastery, like her Hatchling eventually had. But she could see the inevitable future and knew that wouldn’t happen.

And then, one day, the end came. She had been the Dragon of Water for barely five years, but it was five years too many for the poor woman. The Masters found her body at the foot of a high cliff. She had jumped far from the water and ended the constant harassment in the only way the Oracle saw possible. The Dragon of Water died horribly, but at the same time, she was finally free from the responsibility and harassment that had been part of her life from the moment she stepped from the testing chamber.

Her brother had been swimming deep in the ocean, flirting with the whales and the giant jellyfish deep below the surface. He emerged at the beach at a run. He was naked; the deep-sea salt ruined any clothes he wore, so he now swam without. The Oracle had also felt the Dragon of Water’s death and had left the Monastery with her cadre of protective Masters to find the body. The Dragon of Water’s brother arrived at the foot of the cliff just as the Oracle did. He rushed forward to touch his sister, one hand pressing gently against her exposed back. It was one of the few places that wasn’t completely disfigured by the long fall. There was a flash of blue, and the dragon vanished.

He stood and glared at the Masters who surrounded her. “This is your fault,” he snarled at the Master of Tides to her left. “You harassed her endlessly, pestering her until she broke.”

The Oracle hated her Masters in that moment, as the pain in his voice washed over them all. He spun away, heading back to the beach. On his back the image of the deep sea still floated by serenely, but tucked away in the distance she saw where her Dragon of Water slept.

He wouldn’t return to the Monastery for a long time, her new Dragon of Water, but he would return a happier man. She hoped. In the meantime, she would have to do something about the selfish Masters so a different future would be available for the next generation of Dragons. Her Dragons of Earth and Air were working hard to fix the Monastery, but they couldn’t fix everything in so short a time. The Oracle would focus on helping the Dragons that were slowly making a difference, and continue hoping for the best for her new Dragon of Water. Hope was really all she had left for him at this point. 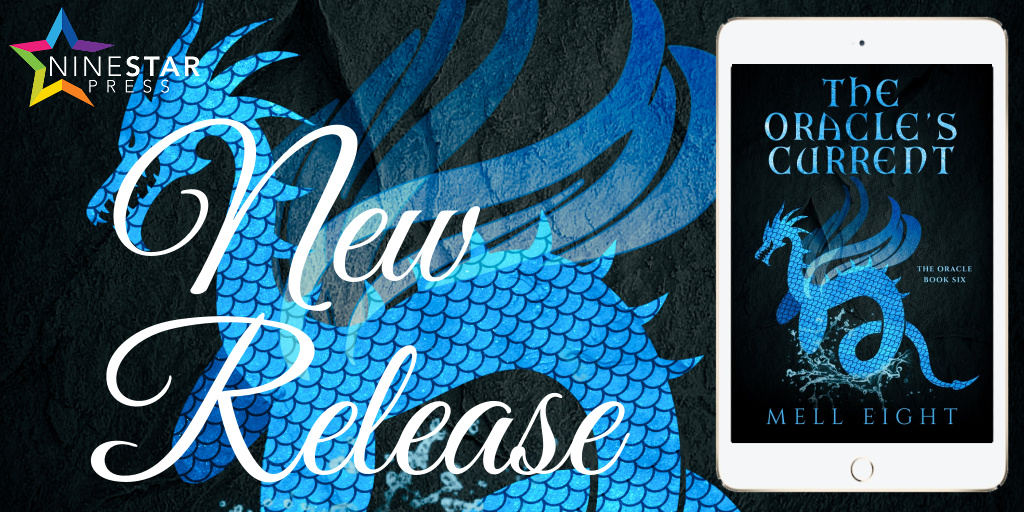