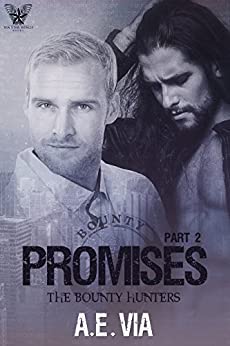 Roman “Quick” Webb is one badass bounty hunter on the crime-filled streets of Atlanta. He’s fearless when it comes to carrying out his dangerous job alongside his longtime best friend and business partner, Duke. However, there is one thing that has begun to cause Quick concern and it’s the dreadful thought of living out the rest of his life alone.

Dr. Cayson Chauncey has been wildly attracted to the big, tattooed hunter for almost a year, ever since he performed the surgery that saved Quick’s best friend’s life. Cayson must’ve mistaken Quick’s gratitude for something more, because the one time he tried to make his desires known, he was harshly rebuffed and left on the man’s doorstep feeling stupid for hitting on an obviously very straight man.

Dr. Chauncey stirred up Quick’s suppressed, most carnal desires from a place deep down inside of him. He’d reacted so badly the first time that now his sexy surgeon wanted nothing to do with him. It was going to take a fair amount of patience and a whole lot of wooing involved as Quick sets out to convince Cayson that he’s worth another chance and that he is the brave lover who Cayson has been looking for.

Cayson stole my heart during the hints to him in Promises Part 1 and his story was even better! I felt for him and his pain and loneliness. While his connection with Quick, starts off a bit rocky they find their way together and boy is it awesome!!

I loved Quick’s gruff and badass exterior while he nursed a damaged heart, ego and past. He snaps at Cayson but then does all he can to woo him back. Their chemistry sets the pages on fire and I loved the dedication Quick gives Cayson once he gets over himself.

Add in a classic suspenseful thrill with some danger thrown in and you have an awesome, hot and gripping read! I’m loving this series and can’t wait for more!! 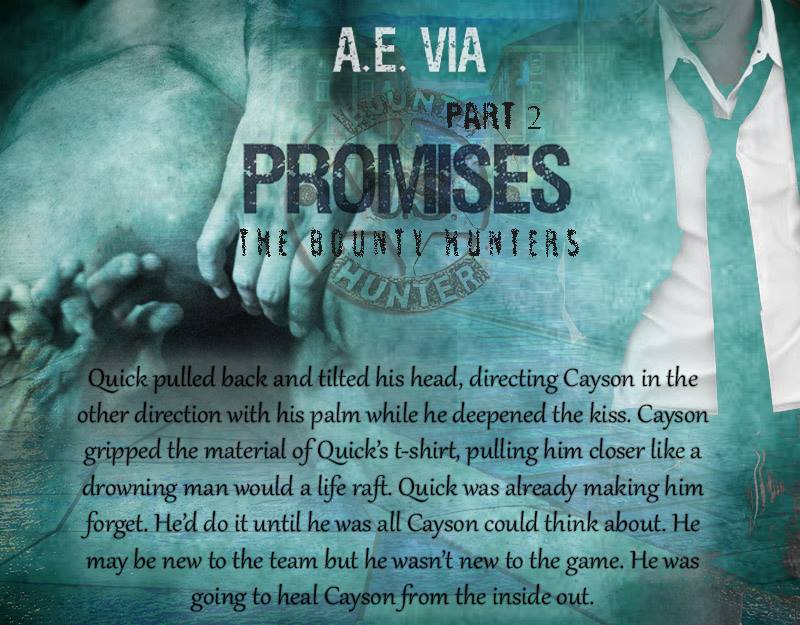 “Uh-oh.” Duke pointed at Cayson’s retreating back and Quick spun around, his laughter dying fast, replaced with confusion. He wondered where his handsome doctor was rushing off too, and without him. He told Duke to get in the truck, while he jogged up the sidewalk and caught up with Cayson.

Quick hooked Cayson’s arm and spun him around to talk to him. The look he got felt like a slap across his face. Lowering his head, he knew already why Cayson was mad, and decided to let him have it.

“If you are going to humiliate me in my place of business, then I’d prefer you not visit, Roman.” Cayson put one hand on his hip, the other he pointed back towards the ER’s doors. “What was that in there?”

“I wasn’t trying to humiliate you, babe. I was giving the good ole doctor there a dose of his own medicine. I’m sure it was a very hard pill for him to swallow.” Quick rubbed Cayson’s shoulder, inching in closer to him. He lowered his voice, hoping to hurry up and diffuse this bomb before it exploded and got out of hand. “Cays, I sure don’t recall Dr. Joe, or whatever, feeling this bad when he yelled out your secrets to your entire street. Did he even bother to apologize? No. Instead, he treated you like nothing again today.”

“None of that concerns you. That’s my business. Not yours. I didn’t ask you to fix this, Rome. I don’t need you to!” Cayson argued.

“I apologize. It was juvenile and unnecessary. I was only thinking of you, and that makes me do crazy things. It makes me overprotective. Makes me want to right all the wrongs done to you.” Quick chuckled mirthlessly. “I thought you’d want to see him squirm a bit, for a change.”